Browse: Home / 2022 / April / 28 / The Evidence Keeps Piling Up: Iceland Is Not Cooperating With The ‘Global Warming’ Agenda

If decadal- and century-scale glacier advance and retreat is strongly indicative of a region’s climate, glacier behavior in Iceland saps the narrative that says anthropogenic CO2 is a climate driver.

Per a new study, many of the northern Icelandic glaciers in existence today had “disappeared” from about 10,000 to 6,000 years ago. At the time, atmospheric CO2 levels allegedly lingered within the 255 to 270 ppm “safe” range.

“During the Holocene Thermal Maximum (HTM) (10-6 ka) the debris-free glaciers, due to their high climate sensitivity, have most probably disappeared in central Iceland…and the nearby Langjökull and Drangajökull ice caps.”

In the last 10,000 years Iceland’s highest levels of glacier and sea ice advance, coinciding with the Holocene’s coldest climates, occurred from about 700 to 100 years ago. This period is often referred to as the Little Ice Age (LIA).

The “favorable climatic conditions” triggering a glacial advance “has occurred in Héðinsdalsjökull cirque at least twice, namely during the LIA maximum and since the mid-1970s to mid-1990s.” 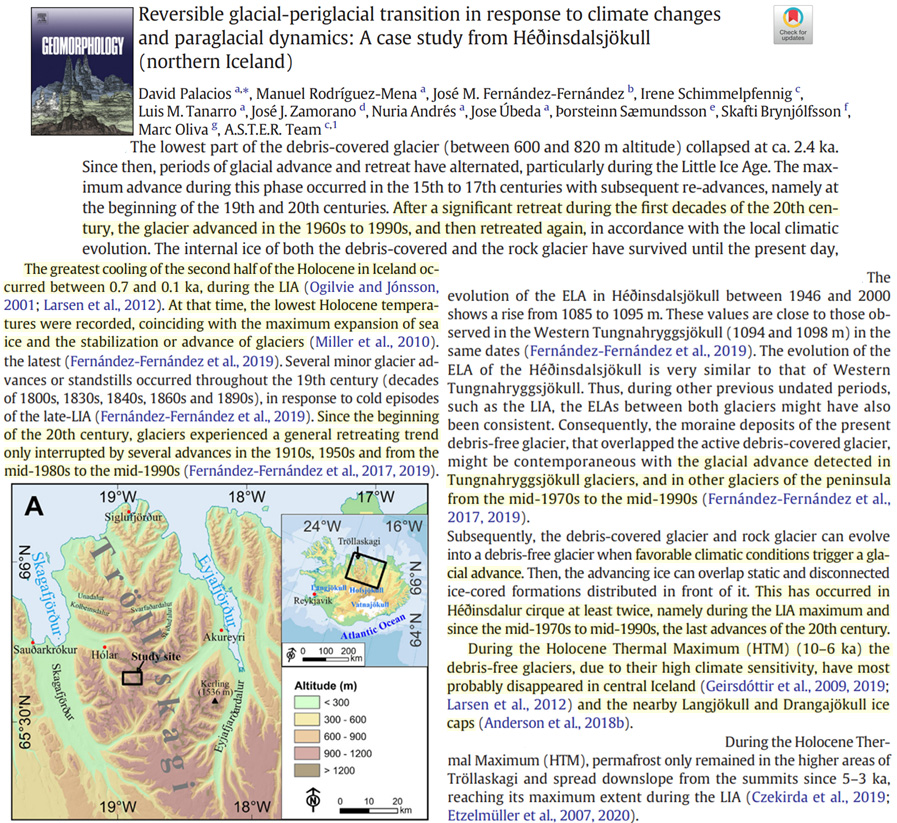 Another recent study, Geirsdóttir et al. (2020), suggests Iceland’s climate was 3-4°C warmer than modern during the Holocene Thermal Maximum. The coldest temperatures of the last 10,000 years – as well as the peak advance of glaciers and regional sea ice – were realized in the 1800s. There has only been a modest ice retreat since then. 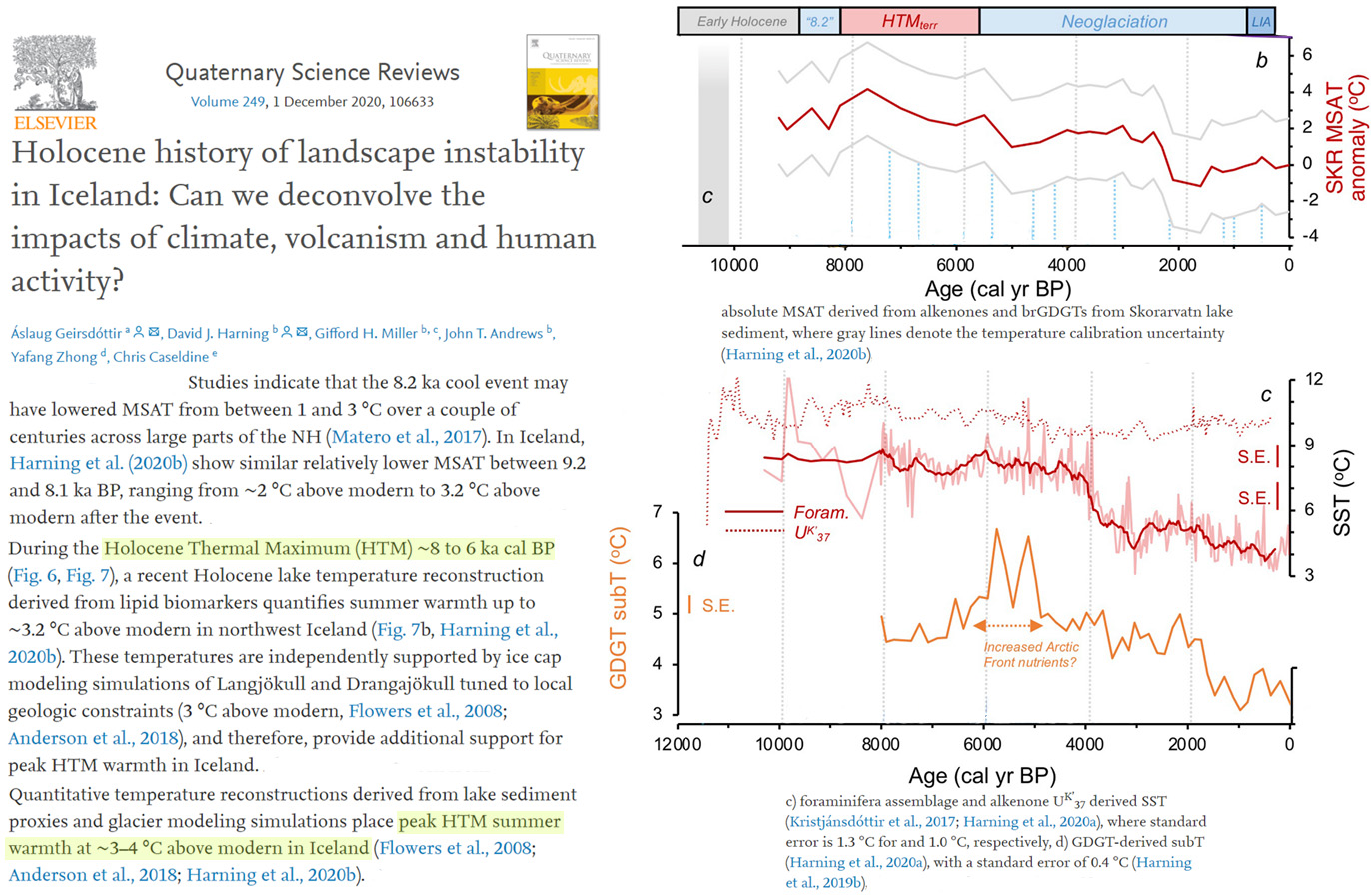 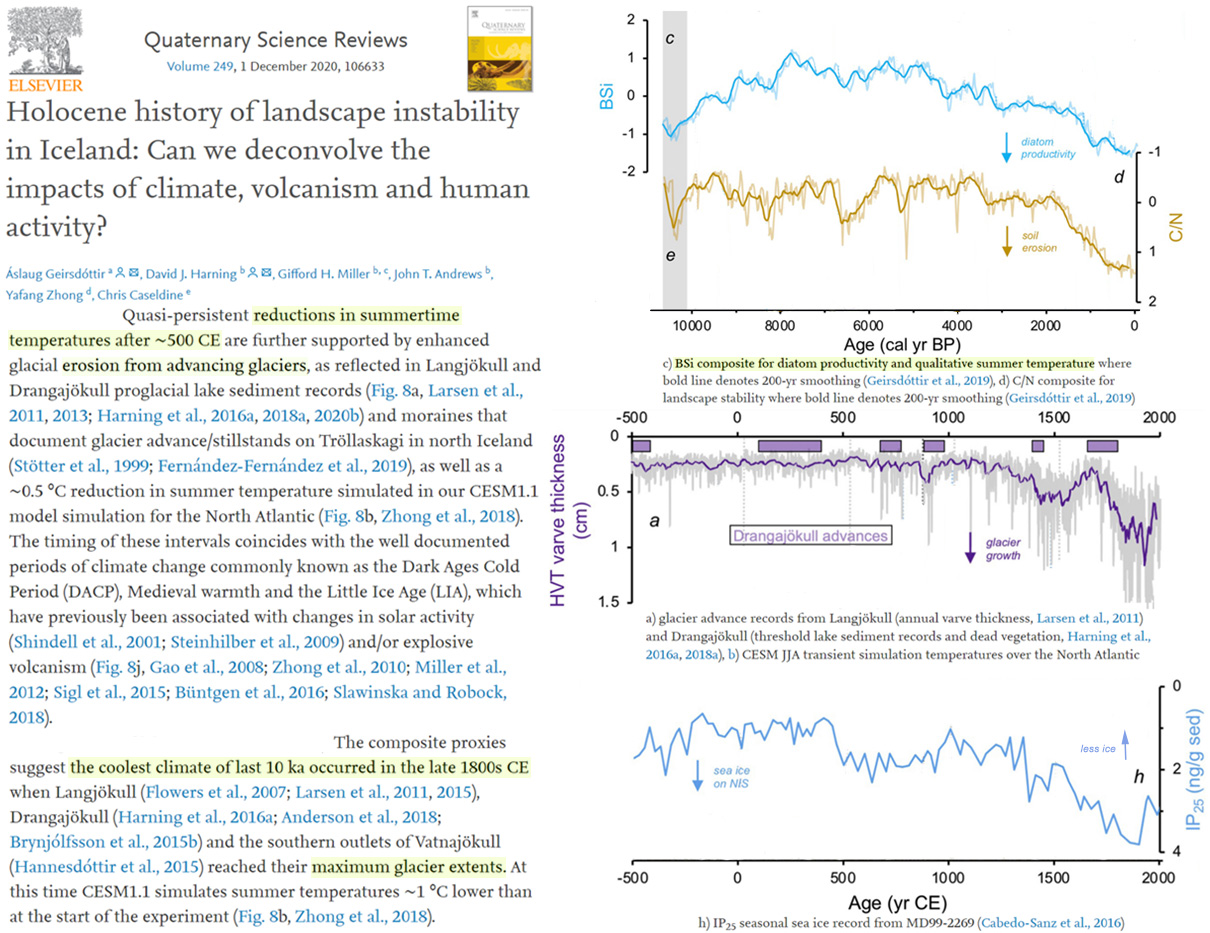 A temperature record for North Iceland (Fernández-Fernández et al., 2017) suggests there has been no net warming in this region for about the last 90 years. 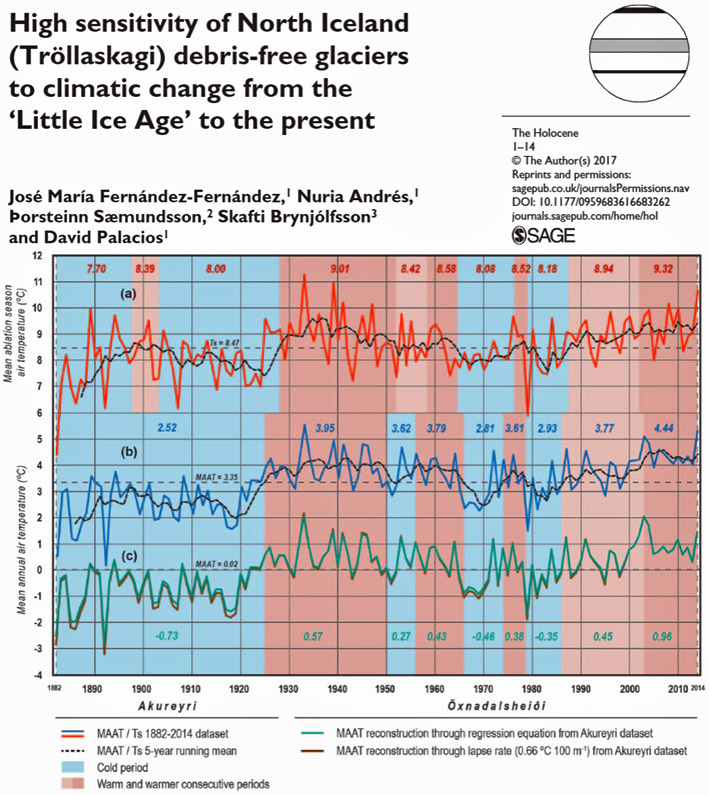 3 responses to “The Evidence Keeps Piling Up: Iceland Is Not Cooperating With The ‘Global Warming’ Agenda”