Warmer mean temperature led to fewer deaths in England and Wales from 2001 – 2020.

On Wednesday, we reported how cold kills seven times more people in Pune city, India than heat does.

Earlier this year the British Office for National Statistics (ONS) reported that also in England and Wales cold kills more people than heat. Over the past 30 years, the mean temperature for the region has increased by nearly 1°C compared to the prior decades. What affect has this had on mortality? The mildre temperatures are good news, it turns out.

According to the report: 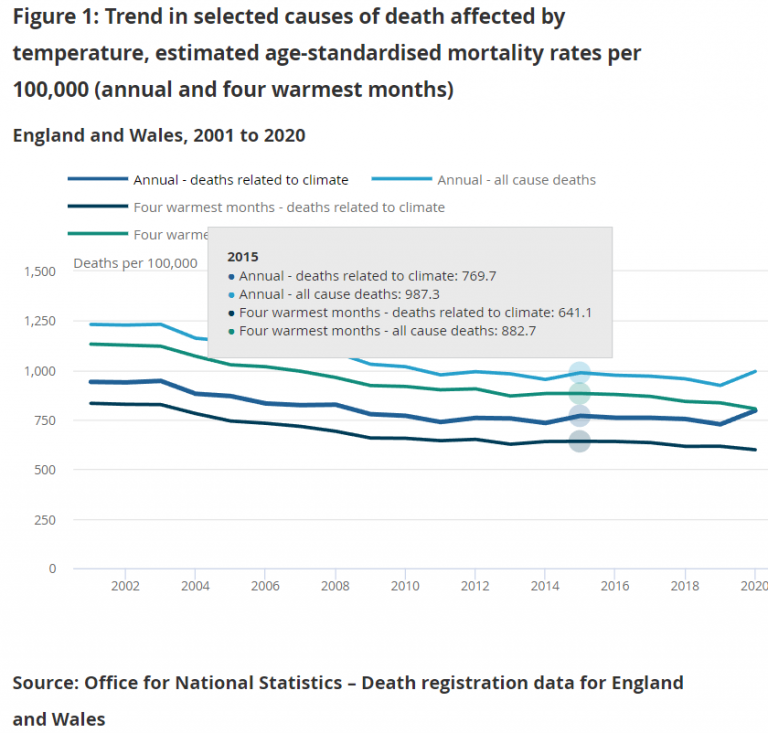 Warmer summer days were found to be associated with more outdoor activity, which leads to a “net increase in hospital admissions”…”especially from injuries”.  The report also says “direct harm from extreme heat is still less common, but is likely to change over time.”

In summary, the less harsh winters in England and Wales have saved some half a million lives over the 20-year period.