These much warmer Greenland temperatures imply that the elevation of the ice sheet was 400 meters lower than it is today from about 6,000 to 10,000 years ago.

Scientists (Westhoff et al., 2022) report that the two largest Greenland melt events in the last few hundred years occurred in 2012 and in 1889 CE – when atmospheric CO2 levels were still under 300 ppm.

The “melt events around the Holocene Climate Optimum were more intense and more frequent” than has been observed during the modern period. And the most prominent melt events of the last 10,000 years centered around the Medieval Warm Period, 986 CE. 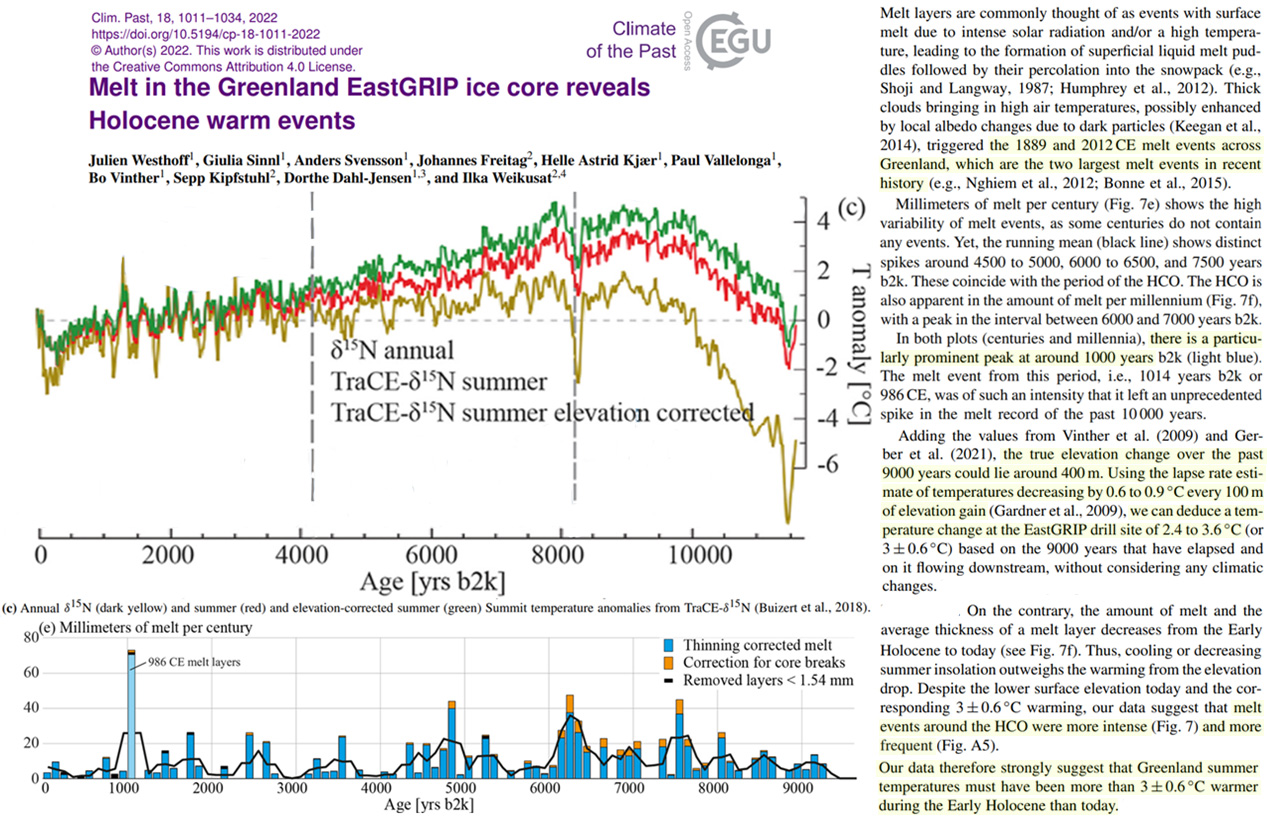 14 responses to “New Study: Greenland ‘Must Have Been At Least 3°C Warmer’ Than Today During The Early Holocene”