It’s hard to believe that an internationally renowned company like John Deere would be led down such a dubious technical route: electric powered heavy agricultural equipment.

Consider that a battery for a typical electric car weights half a ton. Imagine it would need to weigh for a machine that weighs over 25 tons. 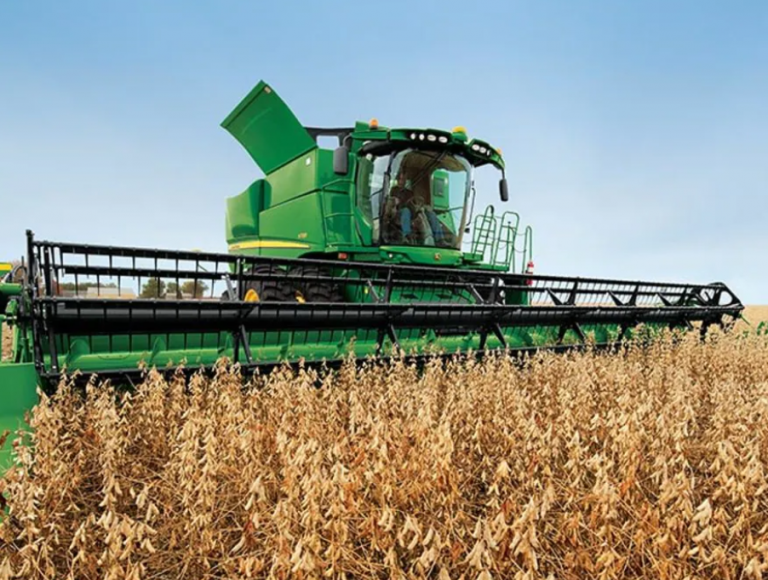 Perhaps it’s just lip service to placate idiot politicians and activist groups. I wonder if Caterpillar is thinking along the same lines: powering its massive excavators with batteries?

Here’s a post I found at Facebook from Will F. Leeman and that I’m having a hard time to believe it’s true:

For those of you that think electric vehicles are the answer- this is a true story from a farmer in the Midwest- and I’m reposting it-
A close friend farms over 10,000 acres of corn in the midwest. The property is spread out over 3 counties. His operation is a “partnership farm” with John Deere. They use the larger farm operations as demonstration projects for the promotion and development of new equipment. He recently received a phone call from his John Deere representative, and they want the farm to go to electric tractors and combines in 2023. He currently has 5 diesel combines that cost $900,000 each that are traded in every 3 years. Also, over 10 really BIG tractors.
JD wants him to go all-electric soon.
He said: “Ok, I have some questions. How do I charge these combines when they are 3 counties away from the shop in the middle of a cornfield, in the middle of nowhere?”
“How do I run them 24 hours a day for 10 or 12 days straight when the harvest is ready, and the weather is coming in?”
“How do I get a 50,000+ lb. combine that takes up the width of an entire road back to the shop 20 miles away when the battery goes dead?”
There was dead silence on the other end of the phone.
When the corn is ready to harvest, it has to have the proper sugar and moisture content. If it is too wet, it has to be put in giant dryers that burn natural or propane gas, and lots of it. Harvest time is critical because if it degrades in sugar content or quality, it can drop the value of his crop by half a million dollars or more.
It is analyzed at the time of sale.
It is standard procedure to run these machines 10 to 12 days straight, 24 hours a day at peak harvest time.
When they need fuel, a tanker truck delivers it, and the machines keep going. John Deere’s only answer is “we’re working on it.”
They are being pushed by the lefty Dems in the government to force these electric machines on the farmer.
These people are out of control.
They are messing with the production of food crops that feed people and livestock… all in the name of their “green dream.”
Look for the cost of your box of cornflakes to triple in the next 24 months…”

As mentioned above, a harvester weighs some 50,000 lbs, which means the battery would have to weigh in the neighborhood of 25,000 pounds (staying proportional to an e-car battery). Note that an e-car’s energy is used mostly for moving the vehicle on a hard even surface. For a harvester, energy is not only needed for moving it on high rolling resistance surfaces, but also for driving all the mechanical equipment onboard needed for cutting, conveying and chopping up the crop. Consequently an even bigger and heavier battery would be needed.

One problem today with modern tractors and harvesters is weight. Farmers are concerned about excessive weight because they don’t want their equipment excessively compacting the soil. Adding 15 tons or more of weight just for batteries for being able to power the machinery for just a couple of hours would be horribly inefficient.

Of course batteries for small garden equipment might make some sense, but for heavy machinery that needs to operate non-stop for hours and hours seems technically very impractical.

But with today’s green energy cult movement, where common sense has been thrown overboard to make room for ideology, it should not surprise us if the story really is true.