A warmth-demanding plant can provide us with solid evidence of a much warmer than today Mid-Holocene climate.

A new study says that from about 8000 to 5000 years ago it was warm enough in winter that 𝐶𝑒𝑟𝑎𝑡𝑜𝑝𝑡𝑒𝑟𝑖𝑠 could grow at the 40°N latitude in northern China. Today its warmth threshold growth limit is ~34°N.

Scientists can therefore deduce the Mid-Holocene winter temperatures needed to have been “7.7°C higher than today” at that time. 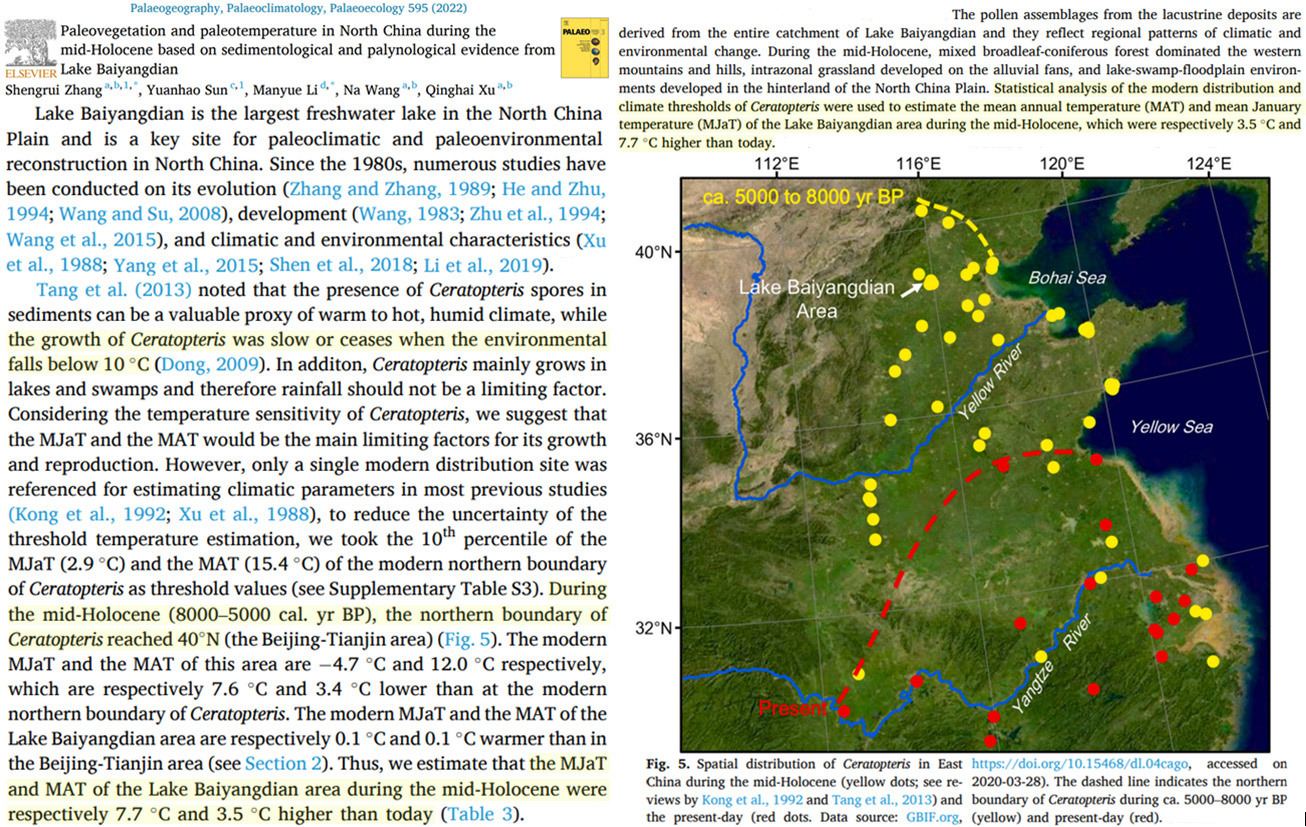 Another warmth threshold species study allows us to determine Arctic Svalbard needed to have been 6°C warmer than today during the Early Holocene, as molluscs that today can only survive 1000 km south of where they did 9000 years ago affirm the climate was much warmer in the past. 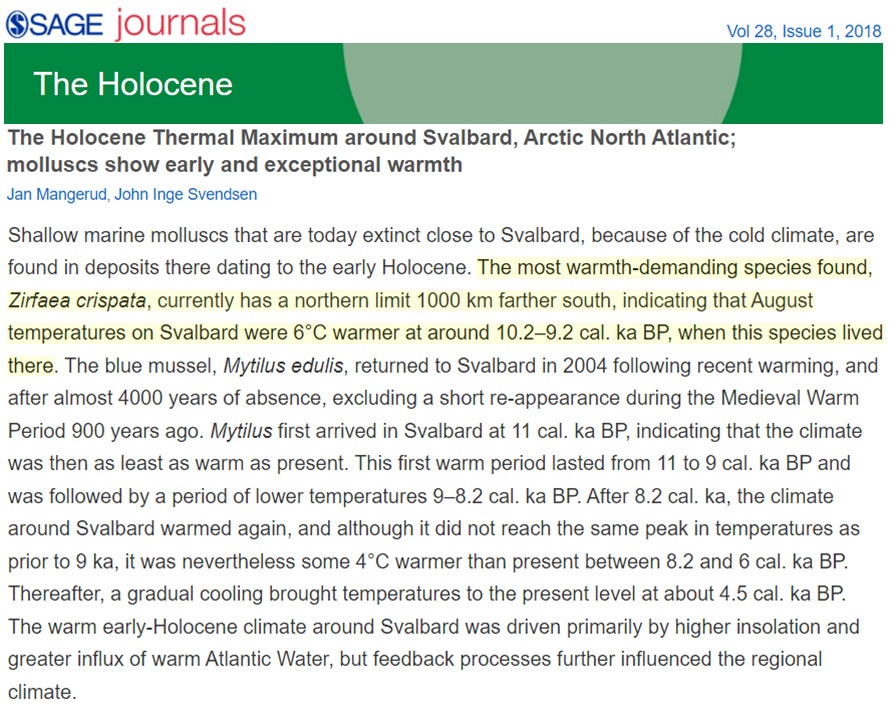