Today we look at the polar ice caps, which the global warming wingnuts claim is the canary in the coal mine and predicted earlier they’d melt and collapse. For example, Al Gore warned the Arctic ice would disappear by 2014.

While CO2 has gone up, Arctic sea ice has RISEN over past decade

But we have a big surprise. First we examine the Arctic sea ice extent so far this summer. Has it melted away like Al Gore said it would?

To the contrary, the latest data show Arctic sea ice is still very much present and is currently running above the average of the last decade. Our friend Snowfan here reports:

The Vishop plot shows the Arctic sea ice areas (extent/extension, red line) on 2 July 2022 is larger than in some previous years and above the last 10-year average (dark blue dashed line): There is nothing more with the ridiculous ice-melt  fantasies of the two climate lying barons John Kerry and Al Gore, who predicted in 2009 a summer ice-free Arctic in the year 2014, if the global greenhouse emissions would not be drastically reduced.

The CO2 content of the Earth’s global atmosphere has steadily increased from about 380 ppm in 2009 to more than 420 ppm annually by 2022, leading to the further greening of the Earth. The increase in global CO2 levels in the Earth’s atmosphere has been accompanied by growth in Arctic sea ice areas and strong growth in Greenland ice masses this year.”

What an embarrassing development for Al Gore and the tight circle of consensus scientists.

Looking at Antarctica sea ice, we also see a zero-crisis trend when plotting the data from the Japan Meteorological Agency (JMA): 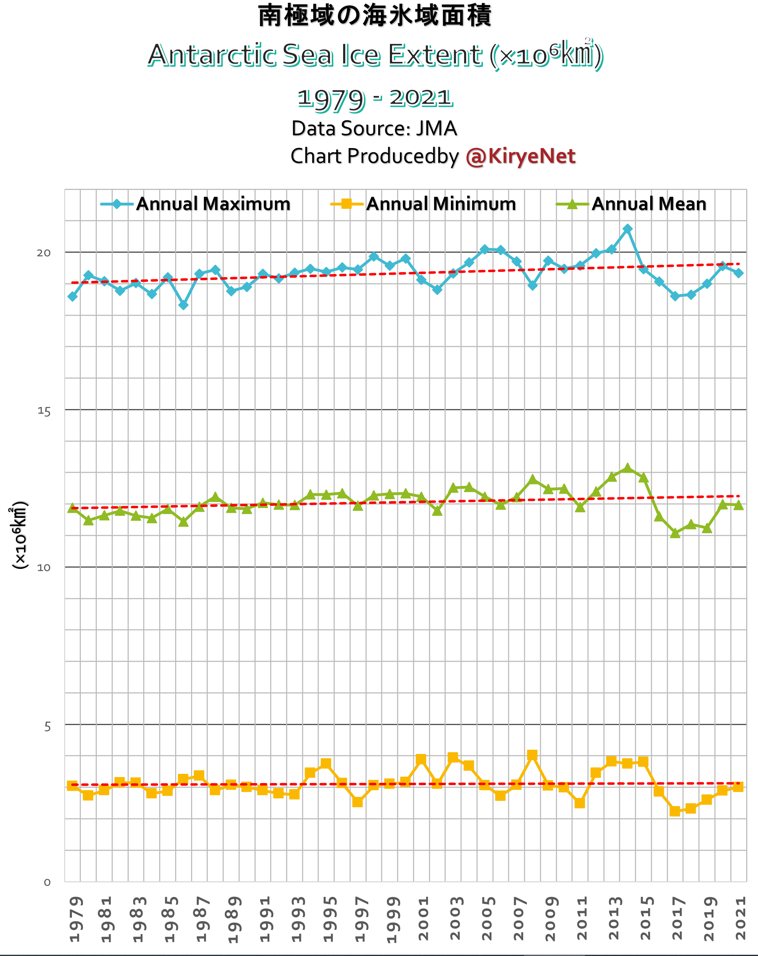 The annual mean for Antarctica has risen modestly since satellite measurement began in 1979. There is no polar ice melt crisis at this time. This is humiliating for the climate loonies.