CO2-induced greening may reduce land surface temperatures by -0.7°C over the next 80 years.

Earlier this year we highlighted a new study indicating the rising greening trends in the last four decades can be attributed to the change in precipitation patterns and “the physiological impact of rising CO2.”

So rising CO2 concentrations ultimately contribute to global-scale greening, and, consequently, to a surface cooling that offsets warming projections. 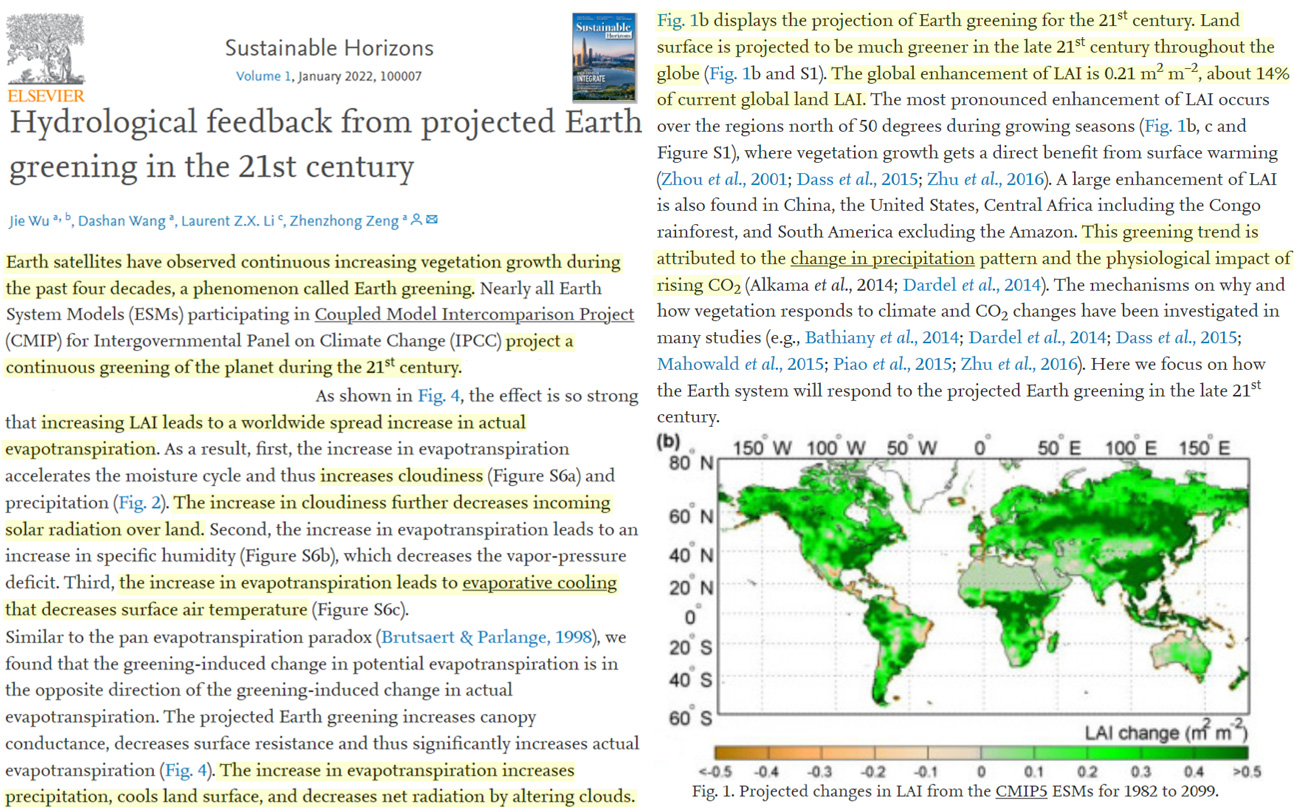 From 1982-2014 Northern Hemisphere greening led to warmer winters (2 months of the year), but land surface cooling for the other 10 months. The overall greening-induced cooling reduced Northern Hemisphere temperatures by -0.14°C during this period, as the summer (June-August) cooling amounted to a “strong and significant” -0.044°C per decade. 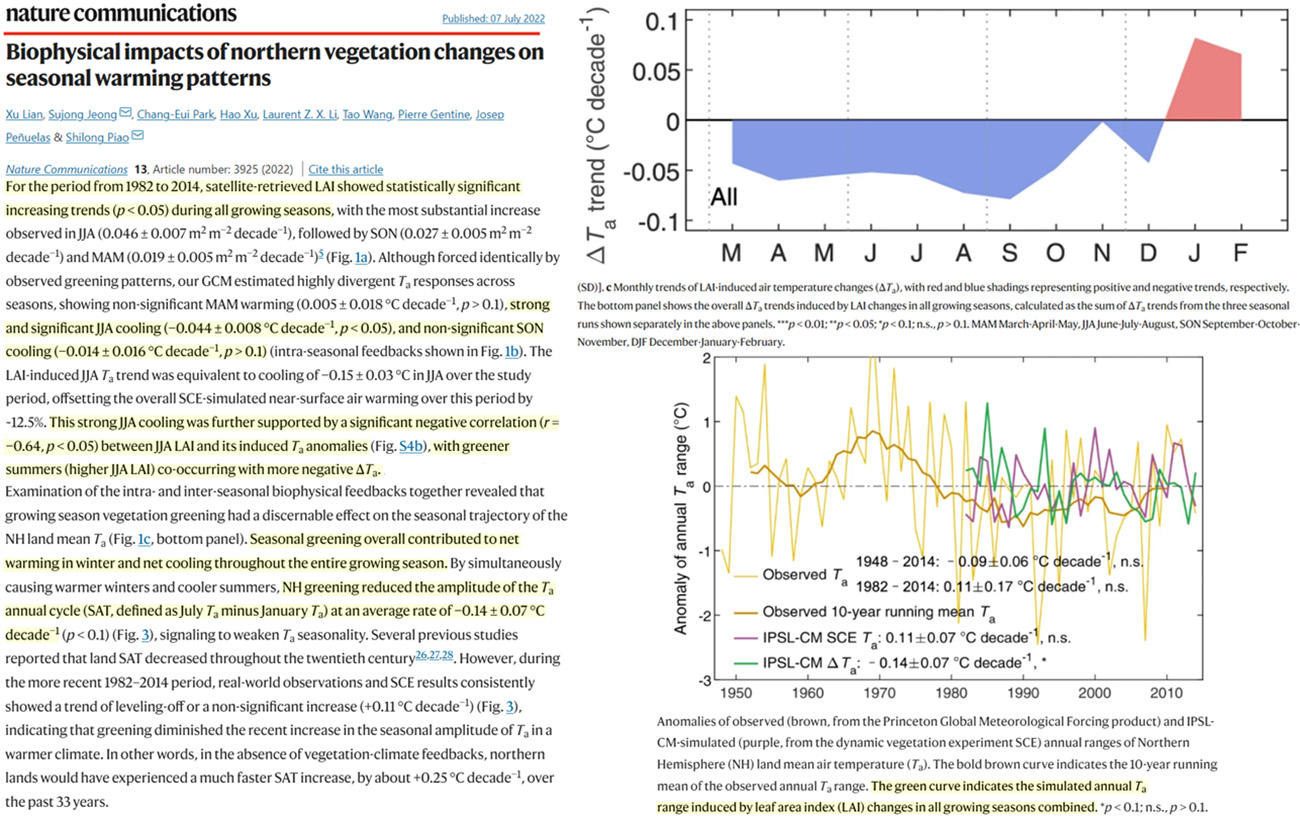 Alkama et al. (2022) report that the “emerging greening signal has been detected by satellites in the last three and a half decades and attributed to the increase in atmospheric CO2.” They quantify the estimates for CO2-induced greening/cooling by 2100 at -0.71°C.

Probably because it doesn’t advance the anti-fossil fuel energy agenda, Alkama and colleagues point out that the cooling effects of CO2-induced global greening “are largely ignored in climate treaties”. 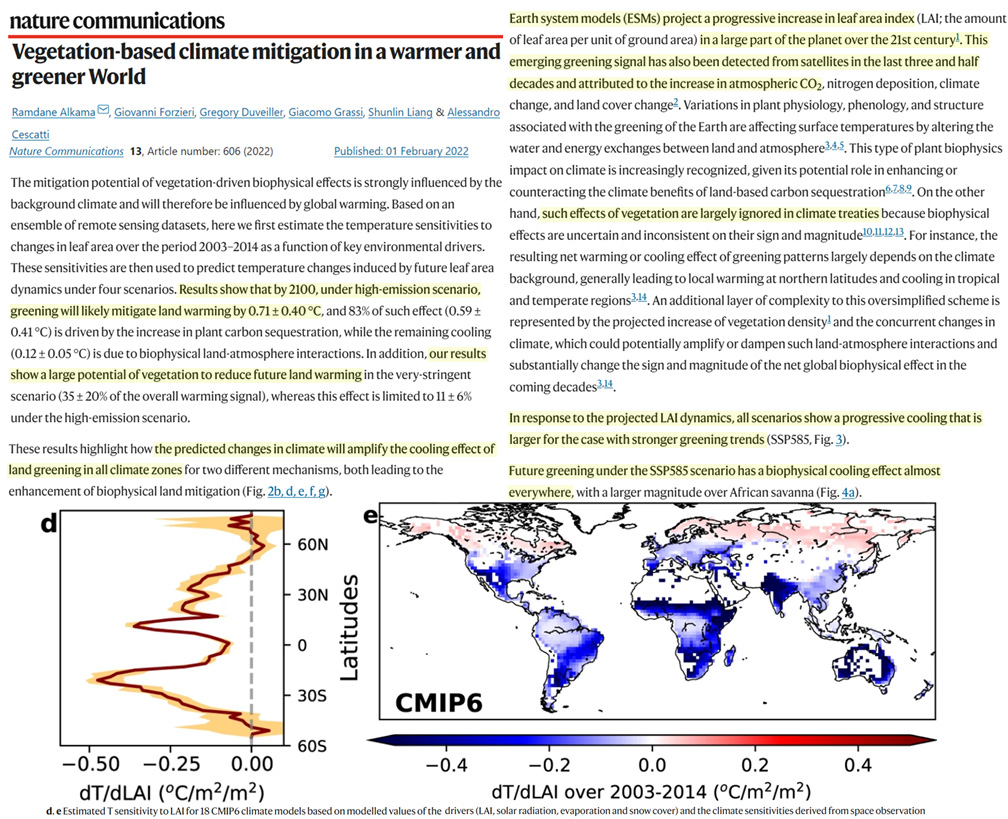 Other recent studies support the conclusion that rising CO2 greens the Earth and “Earth greening cools land surface temperatures.” It’s as if there’s a consensus. 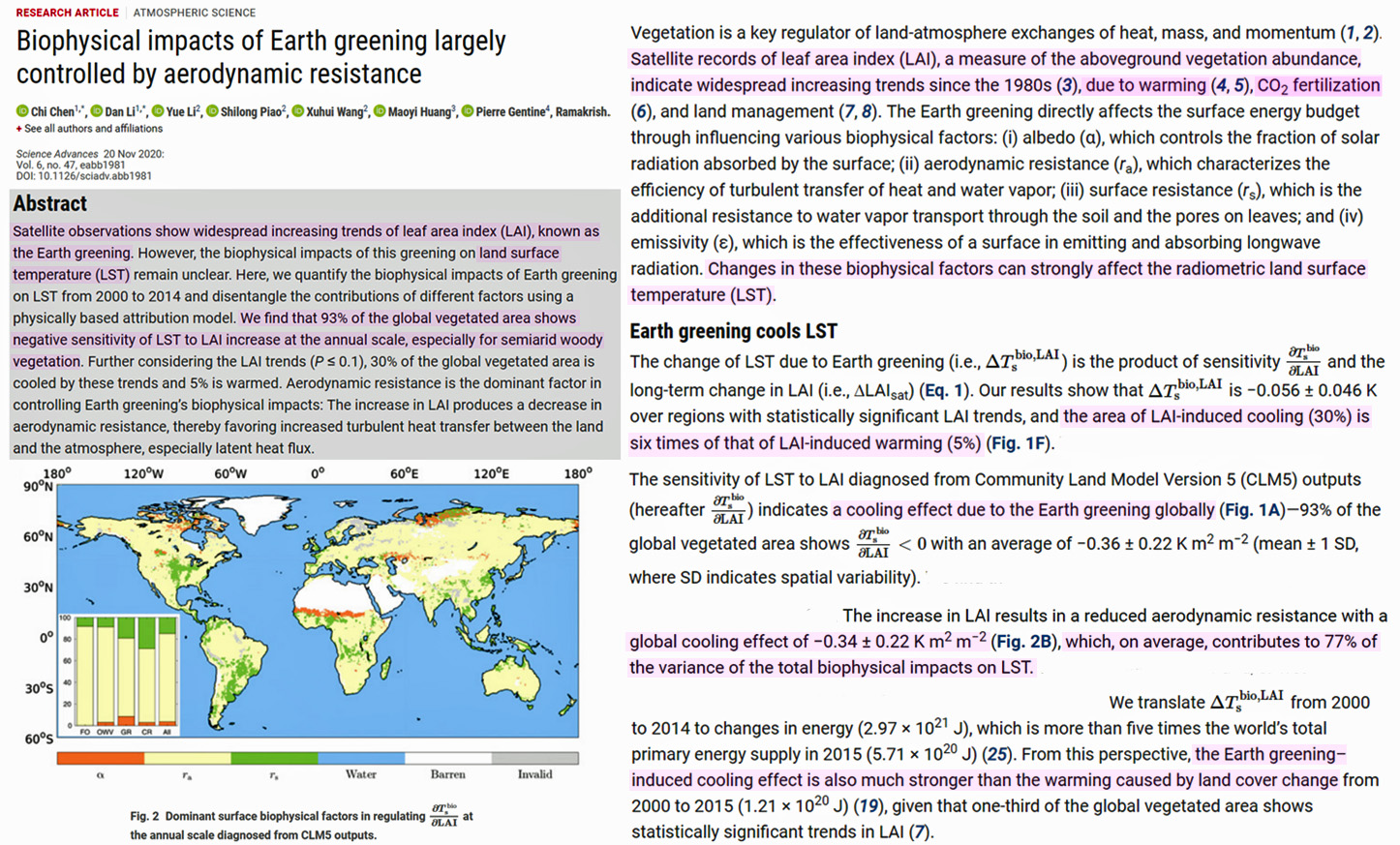 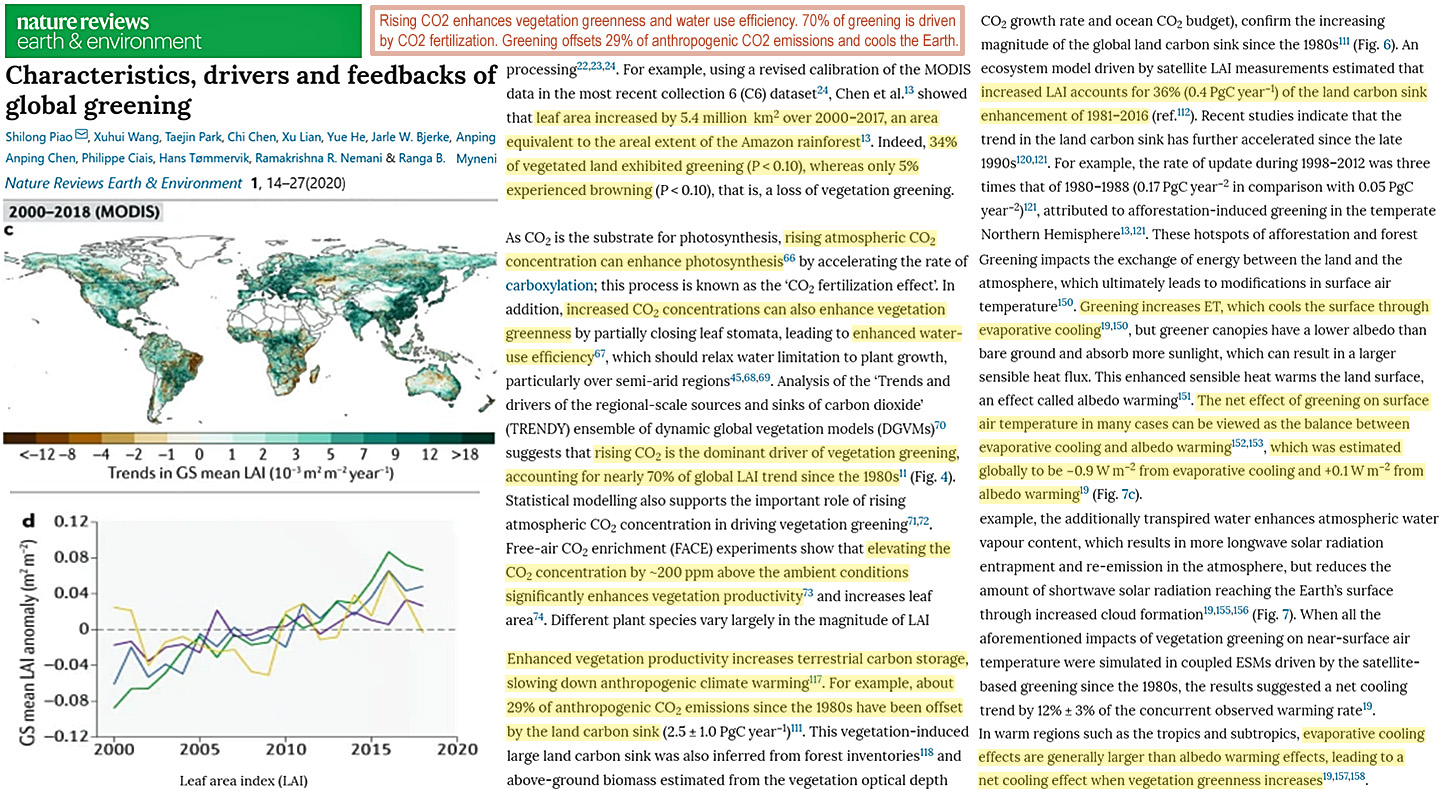