Adding reflectors to roofs and pavements and similar strategies could globally reflect 87 W/m² more incoming solar radiation than is reflected on an annual basis currently, cooling the surface. In contrast, the sum of the accumulated annual anthropogenic radiative forcing from greenhouse gases (GHG) since 1750 is 2.72 W/m².

The authors suggest that while the background reflected solar radiation is 21.7 W/m² globally (per ERA5 observations), these proposed surface albedo modifications could enhance the annual global outgoing solar radiation by 87 W/m² – to 109 W/m². This is “a factor of five larger” than the unaltered reflectivity. In some localities – especially in cities – the reduction of global warming potential through albedo modification could be over 200 W/m².

Meanwhile, the authors point out that the sum of the accumulated annual anthropogenic radiative forcing since 1750 is 2.72 W/m², a warming effect applied to the reduction of outgoing longwave radiation. Reducing the annual incoming solar radiation by 87 W/m² more than the background rate would thus have a 32 times larger impact on Earth’s radiation imbalance than all the accumulated forcing from anthropogenic GHG emissions.

Considering 40 years of governmental policies designed to reduce GHG emissions and transition to a “green” energy future have only meant that “global net emissions continue to rise” anyway, an albedo modification strategy that could eliminate (and then some) the impact of anthropogenic emissions altogether would appear to be the wiser approach.

This assumes the intent of governments’ GHG mitigation policies is actually to reduce the positive energy imbalance and thus global warming. Is it? 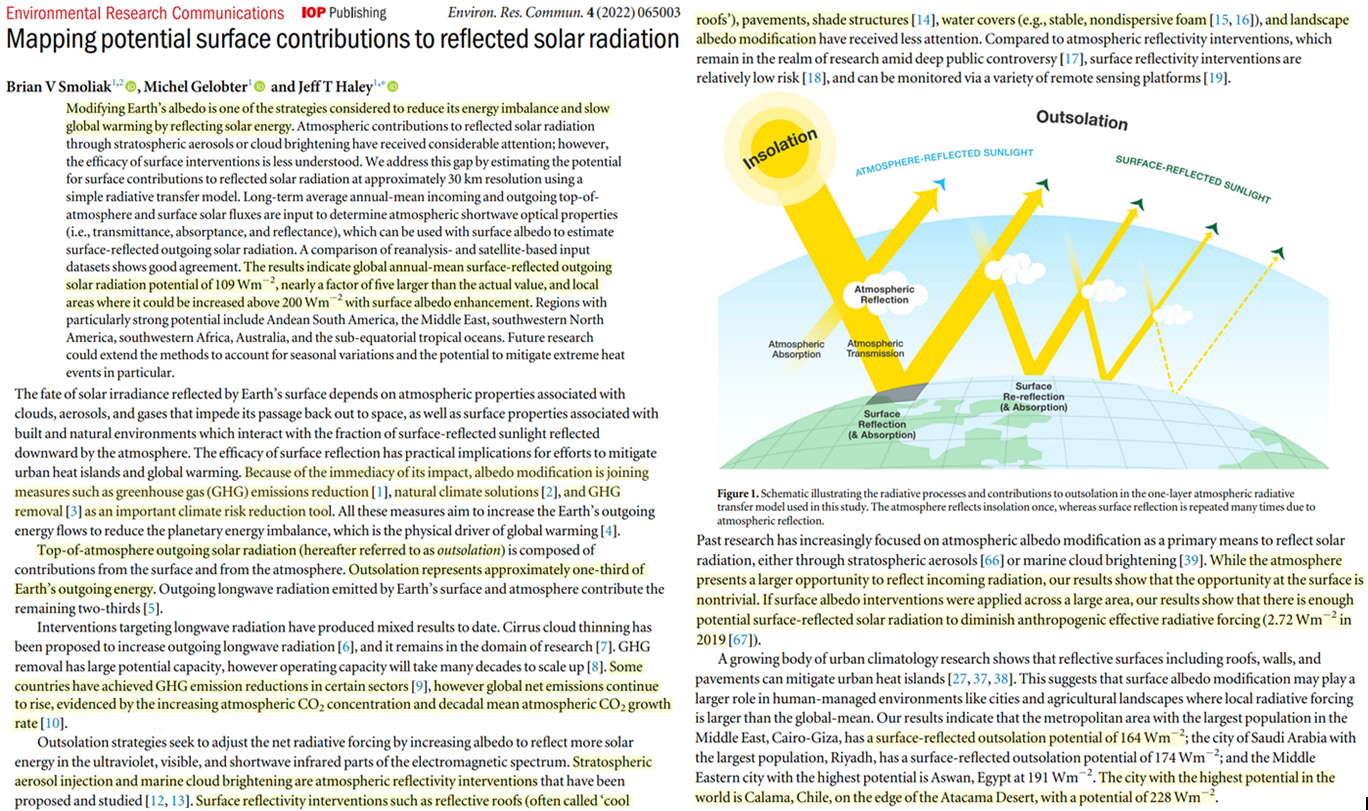