This summer it’s been warm and awfully dry across mush of Europe. But in terms of global warming and the so-called Arctic tipping point, i.e. a point where the Arctic sea ice melts and theoretically sets off an unstoppable chain of catastrophic events – we look at the midsummer trends of Scandinavia and Finland, and then the Arctic.

As you’ll see, there’s been signs of an Arctic tipping point over the past 15 years.

The Japan Meteorological Agency (JMA) has the latest mean temperature data for July and today we plot the July data from Sweden and Finland for the stations for which the JMA has sufficient data.

We begin with Finland: 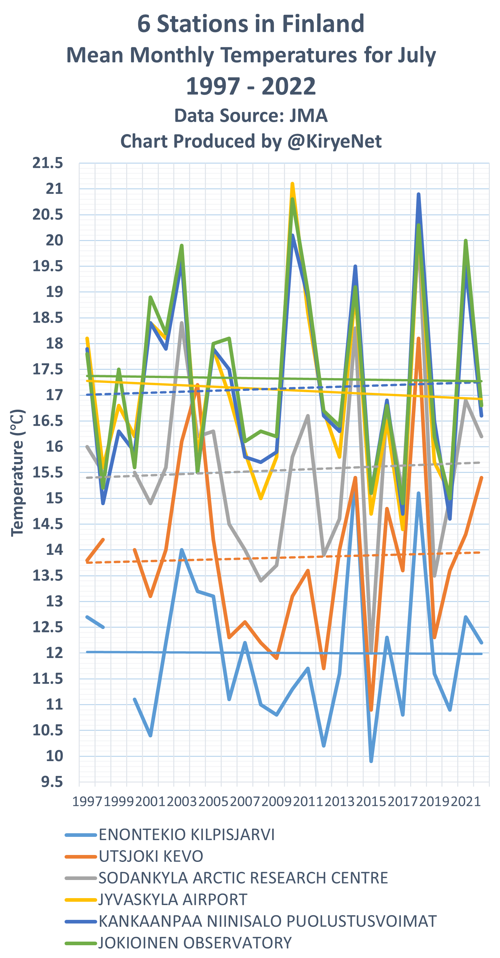 In Sweden, home of climate activist Greta Thunberg, the story is the same. 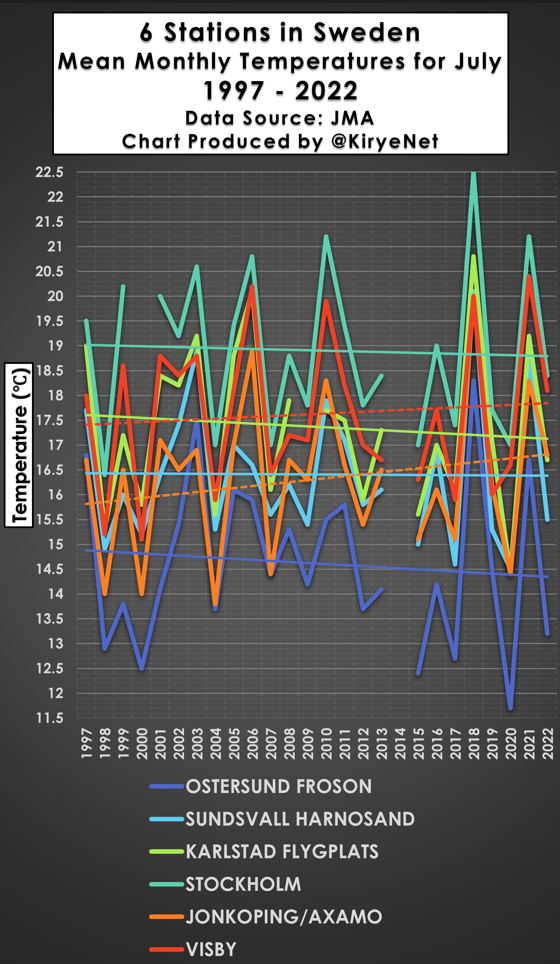 Four of Sweden’s 6 plotted stations show cooling while only 2 show some warming. There’s nothing alarming going on and so we have to wonder what Greta his having nervous break about.

The Scandinavian midsummer hasn’t been warming in a quarter century, but what about the Arctic sea ice?

Recall that Al Gore said 15 years ago that sea ice there would disappear in the summer by 2014 or so. Here’s the current Arctic sea ice extent, from the National Snow and Ice Data Center (NSIDC): 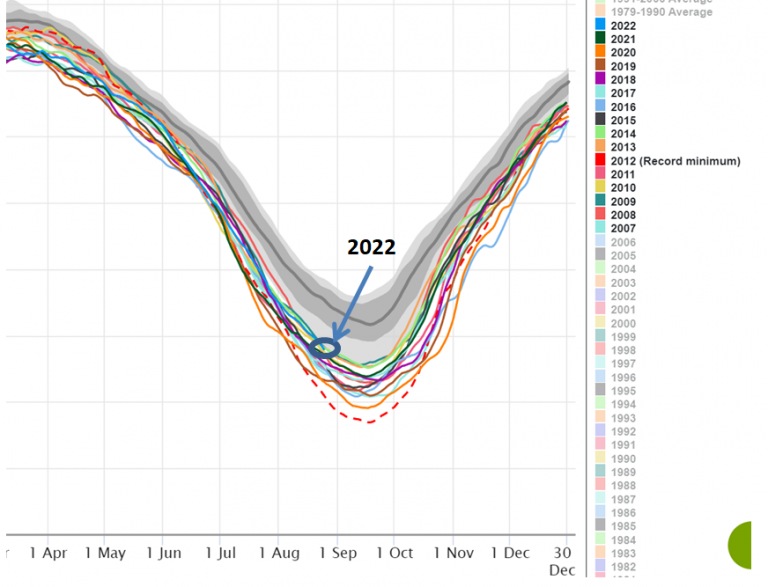 As of yesterday, August 25th, the sea ice extent in the Arctic was right near a 15 year high for August 25th!

No wonder the alarmists want to shut us up. Facts are just so embarrassing to them.