New studies identify sites in Portugal, southern Africa, and Arctic Svalbard that have not warmed in the last few centuries.

Daily temperature records in northern Portugal indicate no net warming from 1863-2004 (Nunes, 2022). Also, the Medieval Warm Period was warmer than the 21st century at this location. 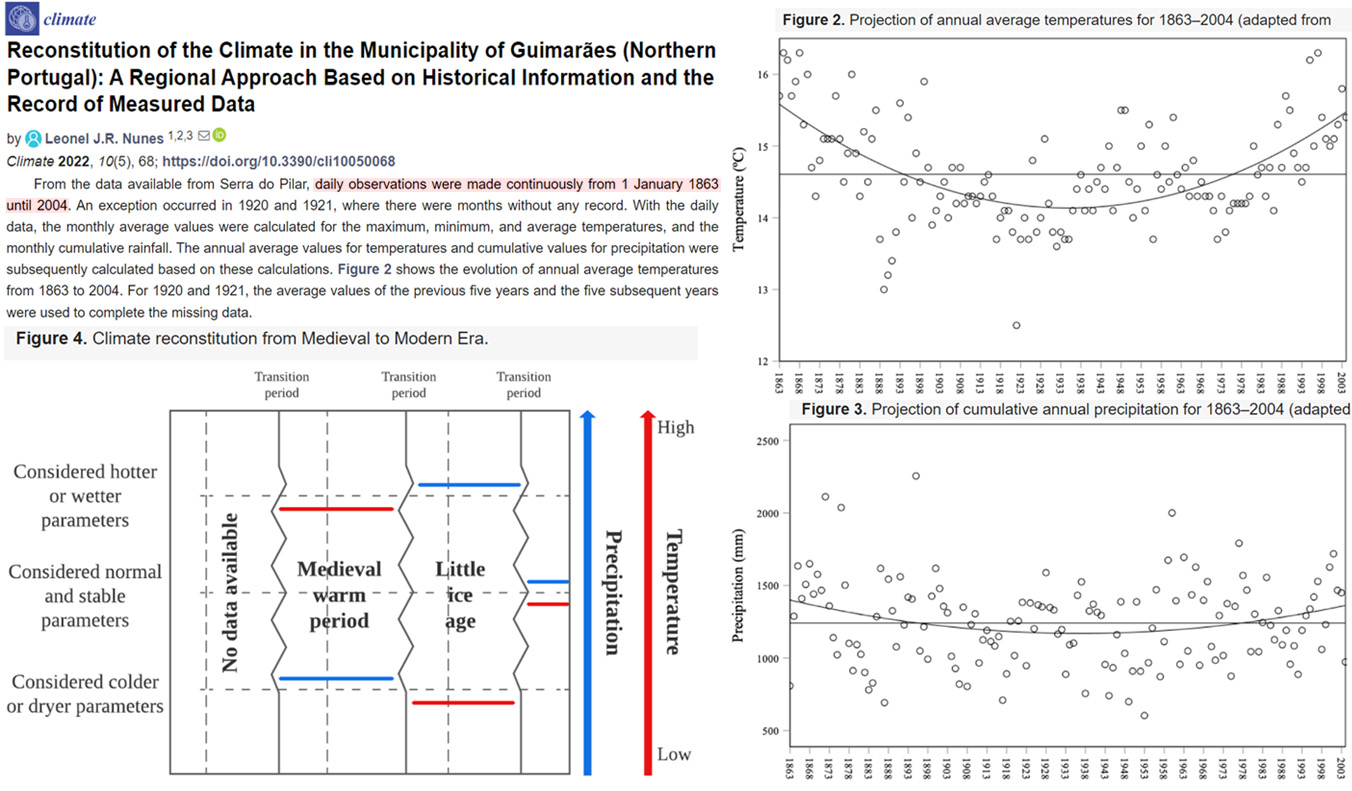 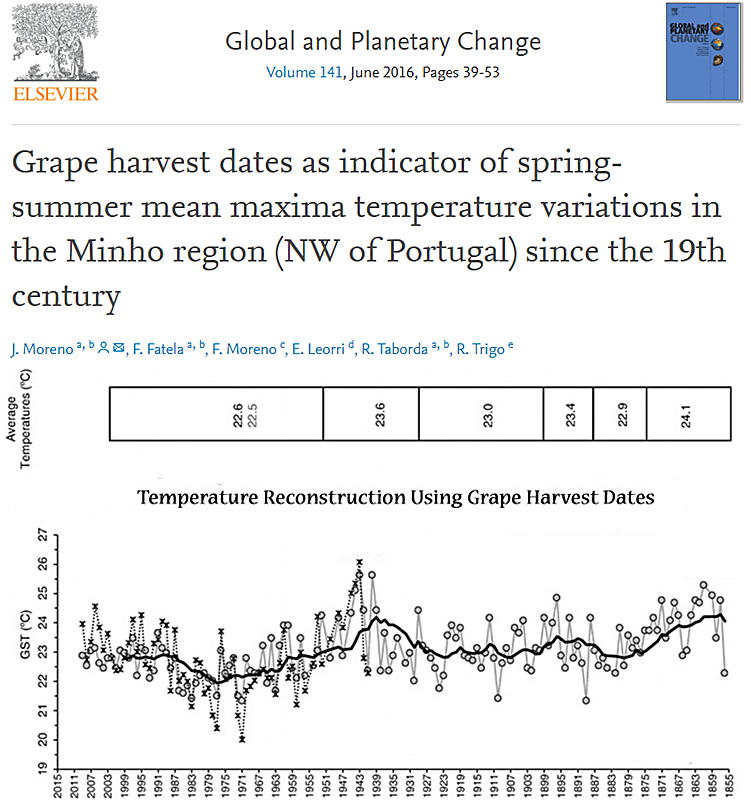 A 334-year coral record from southernmost Africa (Madagascar) indicates there has been no obvious long-term net sea surface temperature trend since the 1800s (Zinke et al., 2022). 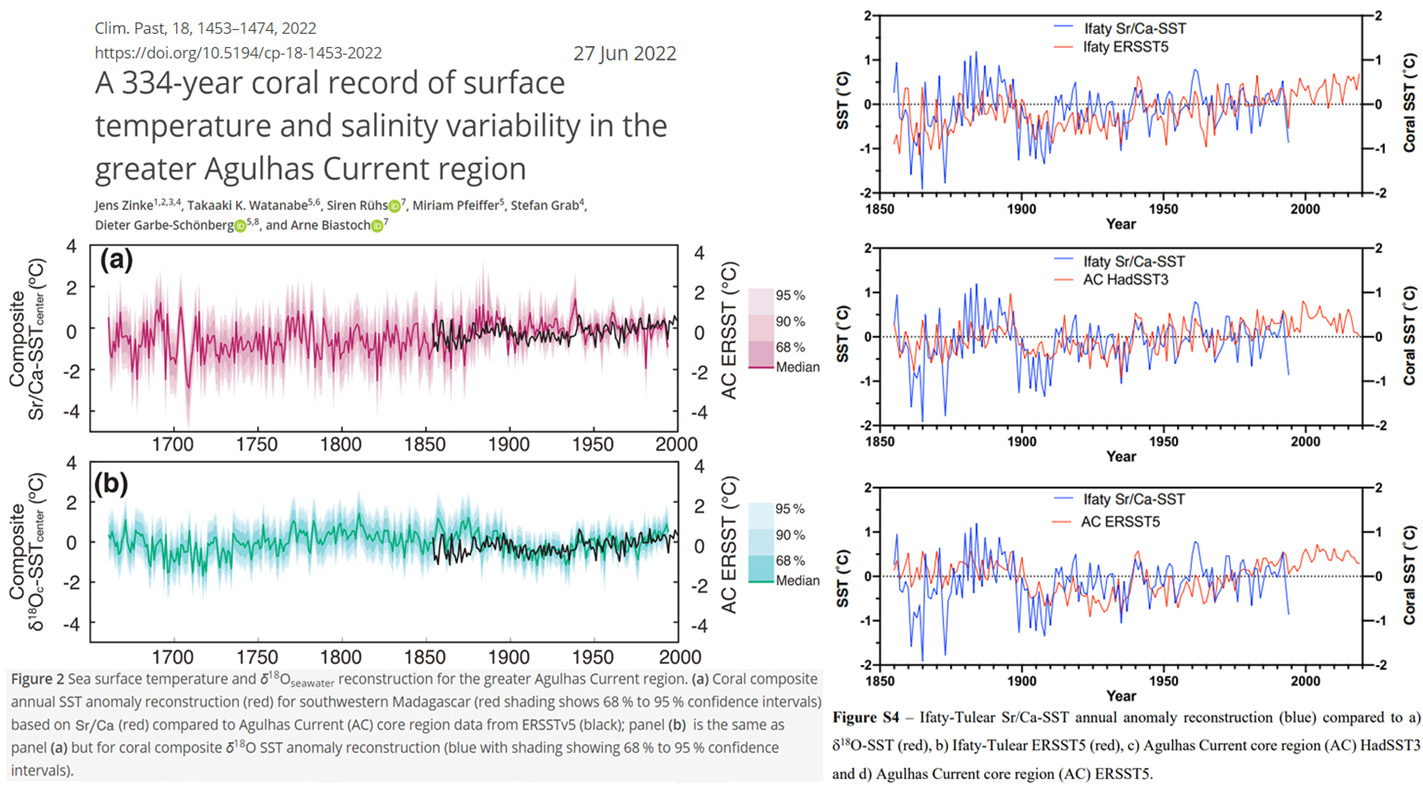 Per another new study,  a site in north Svalbard was 2-5°C warmer with much less sea ice cover than today throughout the first half of the  Holocene, or from about 10,000 to 5000 years ago.

For the last 200 years (1800s to present) there has been no significant change in the temperature, increased sea ice, and glaciomarine conditions.

“Over the last 200 years, a relatively similar configuration to present-day conditions at the core site…[and an] increase of sea ice cover indicators…” 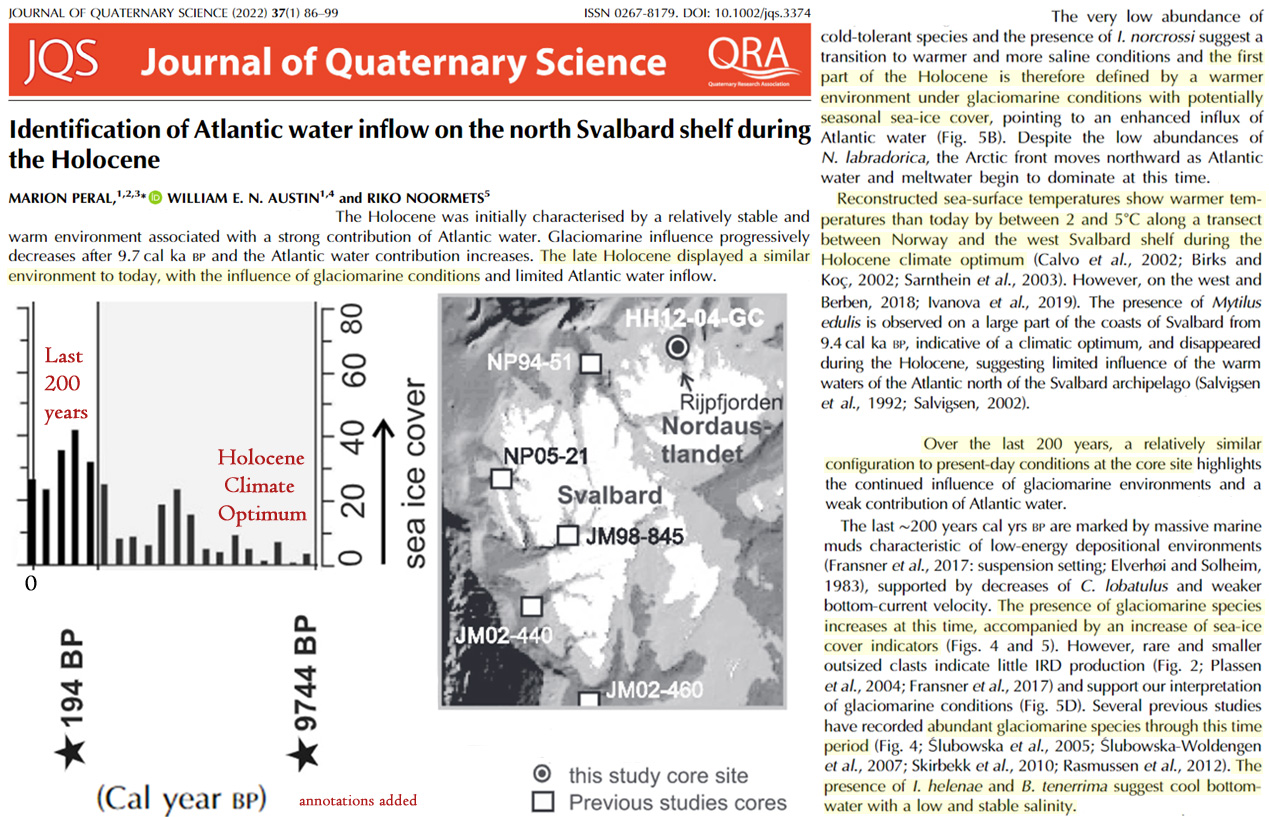