Grid Expert’s Dire Warning: “All Of Europe’s Power Supply At Risk”..30% Of Computers Could Be Destroyed

German Auf1 site here interviews blackout expert Robert Jungnischke on Europe’s growing threat of a unprecedented wintertime blackout. Experts are almost unanimous that a blackout will occur, the only question that remains is when and how long it will be. 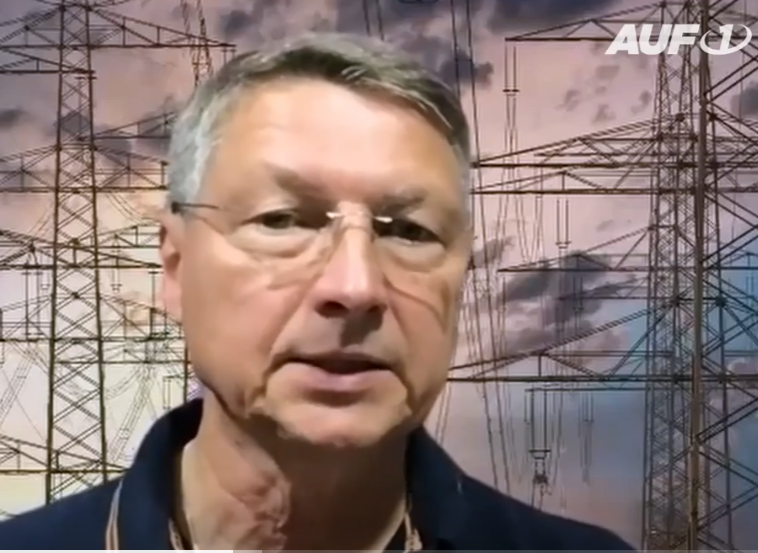 The gas supply bottleneck Europe is intensifying as the weather turns colder earlier than expected. People are preparing by buying electric fan heaters, hoping they’ll be able to keep warm if the gas supply runs out. The problem however, is that these millions of electric fan heaters sold in Europe will end up burdening an already extremely precarious power grid even more.

Already German officials are warning the country “may be facing ‘rolling blackouts’ over the coming winter months” as not only Germany’s but also Europe’s power grid teeter on the brink.

According to Robert Jungnischke, a blackout expert and consultant, many companies and people are poorly prepared, or not prepared at all. So when the blackout arrives, it will be too late to for them. The consequences would be dire. Once a a blackout hits, the total system failure that it causes cannot be fixed so quickly. The damage in terms of economics and lives would be enormous.

Electric chair for computers and electronics

According to Jungnischke, citing power experts, just rebooting the power grid would destroy about 30% of electronic devices such as computers.

The rebooting of an entire power grid after a blackout is a complicated task, as the supply has to match the demand. Both would have to ramp up in unison. Jungnischke explains:

After a blackout, the power gets ramped up, but we have a huge problem. The problem is that there is no load. As I said earlier, power is tied to consumption and the power is regulated accordingly. I have a problem when power needs to be ramped up but there’s not yet any demand. That means the power fluctuates strongly and strongly fluctuating power is death for electronics. That means experts calculate about 30% of computers will be damaged during the ramp up of the power grid.”

He adds that the dependence on solar and wind energy puts not only the German power grid at risk, but also the power supply of all of Europe.

The economic damage resulting from a major blackout would be crippling. Chaos would ensue for weeks or months.

15 responses to “Grid Expert’s Dire Warning: “All Of Europe’s Power Supply At Risk”..3015 Of Computers Could Be Destroyed”