Last year (2021), Tokyo had seen its coolest September in over 30 years with a mean temperature of 22.3°C. This September, according to data from the Japan Meteorological Agency (JMA), the mean temperature in Tokyo came in some 2°C warmer compared to a year earlier, with a mean of 24.4°C: 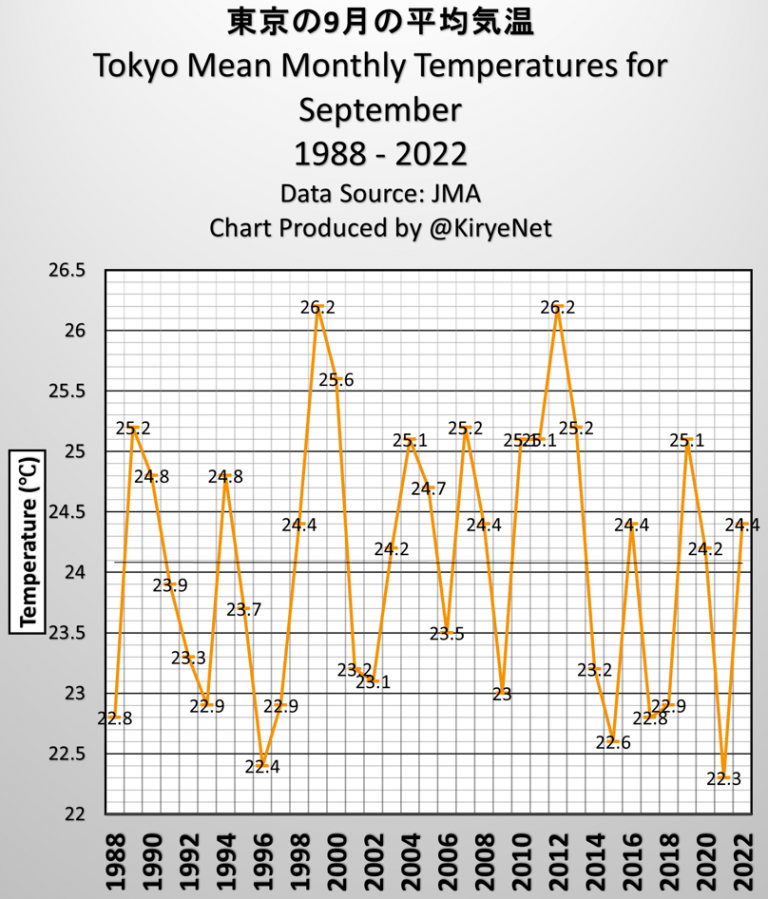 Overall, however, the trend for Tokyo has been dead flat since 1988, meaning there hasn’t been any warming in September. This is according to the data that the Japanese officials professionally collected themselves, and not the results that NASA fudges and alters.

Tokyo’s rural island of Hachijojima, located some 287 km out in the Pacific, saw a September mean temperature of 25.9°C: 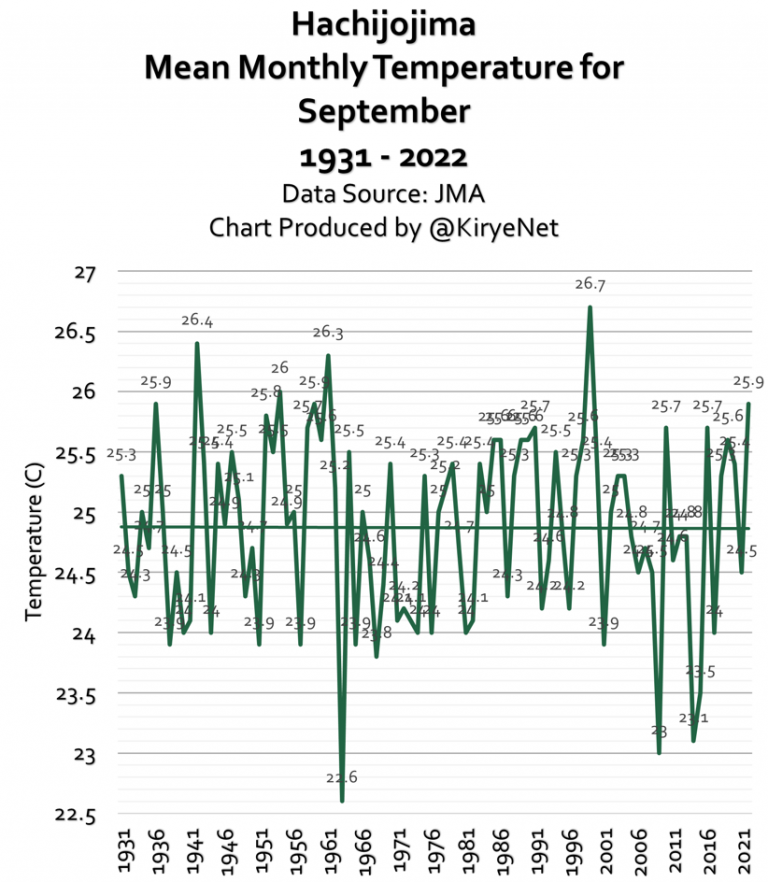 The 25.9°C result for this year’s September made it one of the warmest Septembers since 1932. But contrary to global warming claims, the hottest Septembers are clustered 1930s, 40s and 50s – back when atmospheric CO2 were at levels that climate swindlers claim are safe.

No warming in 9 decades

Also Hachijojima’s September trend over the last nine decades has been dead flat. Where’s the warming?

Some activists have accused us of producing false charts, but we provide the source of all the JMA data with direct links, and so anyone can check it themselves. All the fudging and altering is being done elsewhere.