German veteran meteorologist Klaus-Eckart Puls here has done an analysis of sea level rise. Contrary to claims made by fringe alarmist physicists, we see that sea level rise has decelerated markedly since 2003.

Sea Level Rise Since 2003 Has Slowed Down 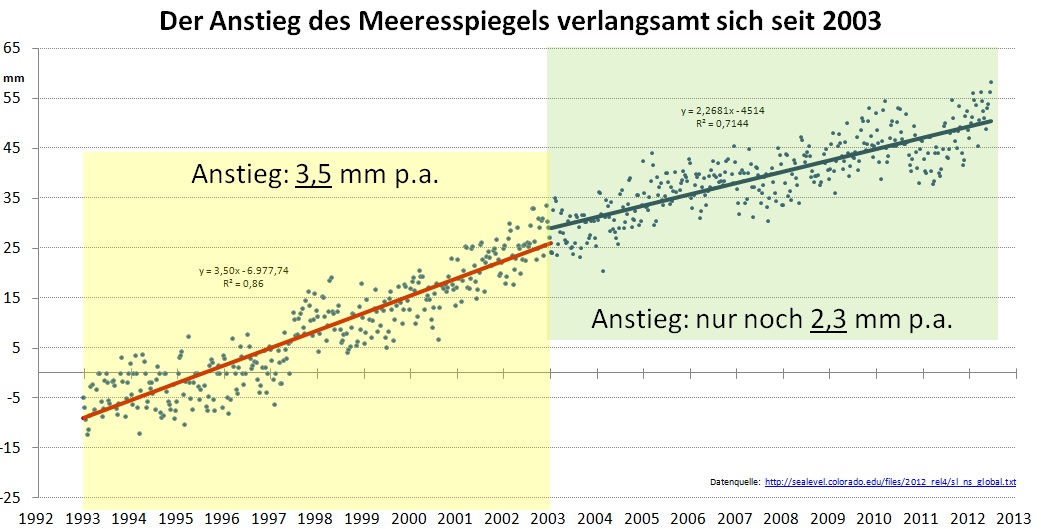 In his report, Puls writes that even TOPEX and JASON 1+2 show no acceleration. “The acceleration calculated by the models and constantly reported by the media does not exist!”

It is obvious to see that sea level rise has slowed down significantly. In view of the relatively short time frame in which the measurements have been made, it should not be speculated on whether the deceleration in the rise is a trend change or if it is only noise. What is certain is that there is neither  a ‘dramatic’ rise, nor an ‘acceleration’. Conclusion: Climate models that project an acceleration over the last 20 years are wrong.”

In the chart that follows, Puls fitted a polynomial curve to the data from TOPEX and JASON 1+2: 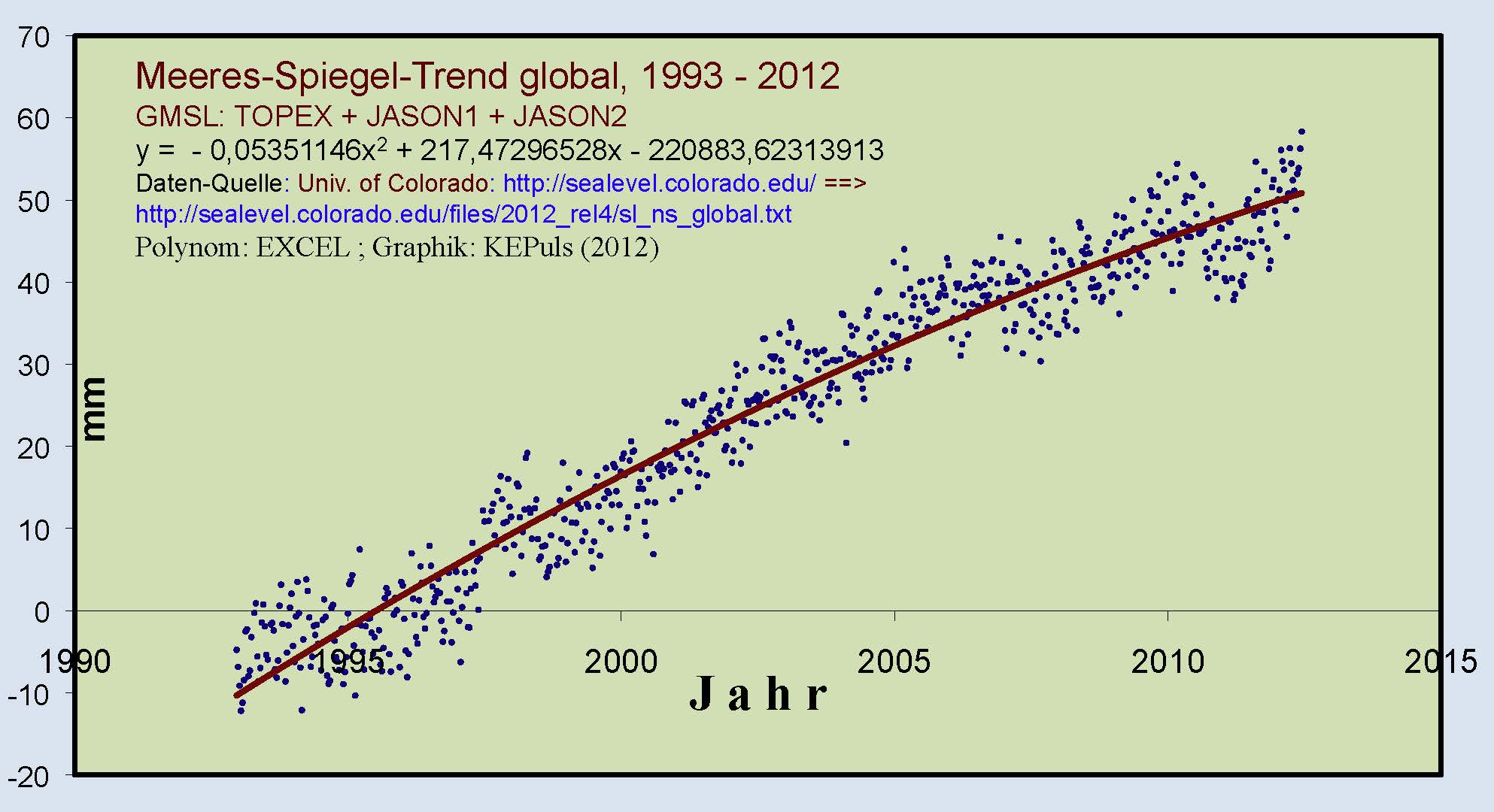 “The result is no surprise. The 20-year data series of global sea level rise shows a weakening!” No wonder con-artist Al Gore bought a mansion on the beachfront. It’s great living in a world of suckers and dimwit media.

But let’s not rely solely on the satellite data, which has been around only a measly 20 years, to infer a trend. Let’s compare it to tide gauges, which have been used well over one hundred years. Puls presents the following chart of the trend of the German bight”. 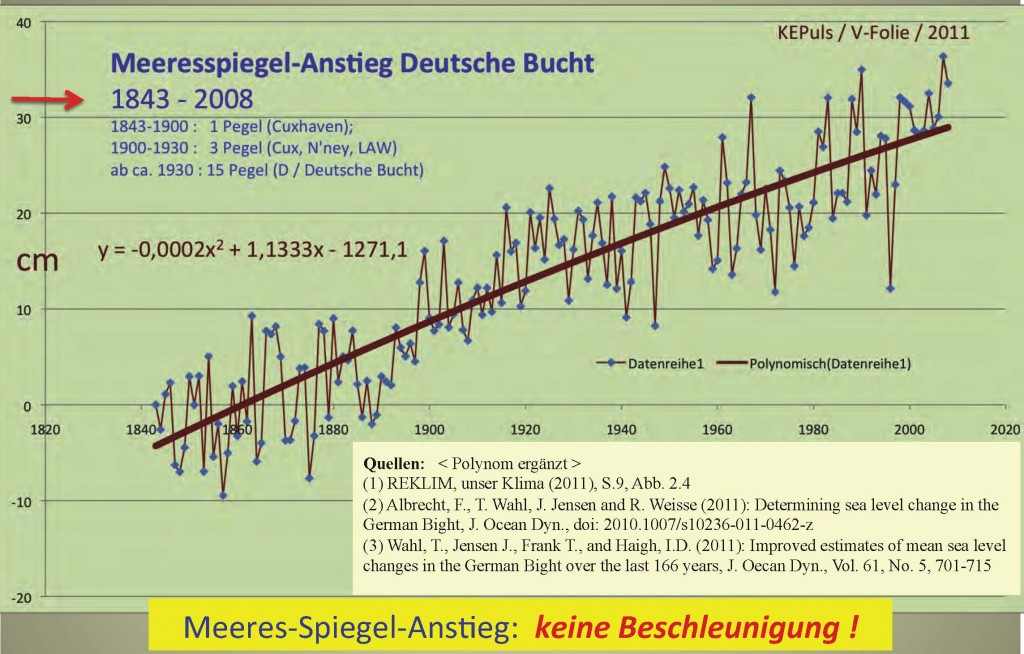 An evaluation shows: Also tide gauges indicate a slow-down in sea level rise, and do so with a statistically very “robust” dataset of 160 years.”

Also there has been an evaluation of numerous tide gauages globally, see Die kalte Sonne.de/?p=4429. Conclusion:

We have found no indication that sea level has accelerated over the last 30 years. It doesn’t look good for the fans of acceleration.”

The latest alarmist reports on the supposedly dramatic sea level rise for the present and the future cannot be confirmed by actual measurements. Quite to the contrary, they are refuted by the data. Globally neither tide nor satellite data show an acceleration of sea level rise. Rather they show a slow-down. Moreover they starkly contradict the previous and current claims coming from climate institutes. Also there are good indications that the satellite data were ‘overly corrected’ using inflated amounts.“