The U of A Science News website has an interesting report on precipitation reconstructions using tree rings. The reconstruction goes back some 470 years in the Southwest, covering most of Arizona, western New Mexico and parts of northern Mexico. 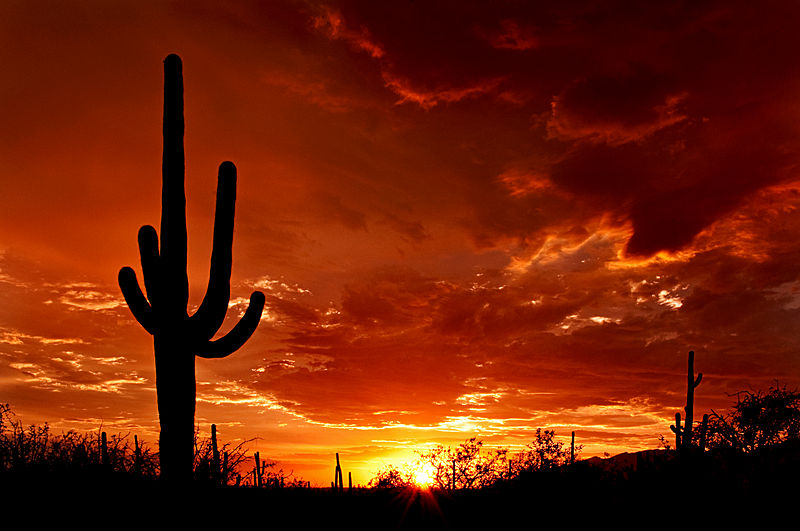 Today when drought strikes, we are told by the media and catastrophe-obsessed scientists that it’s unusual and so it gets blamed on man-made climate change.

Lead author and doctoral candidate in the U of A School of Geography and Development Daniel Griffin says, “This is the first time researchers have used tree rings to take a closer look at the monsoon in a large and important area of the American Southwest.”

Moreover, he adds (my emphasis):

Monsoon droughts of the past were more severe and persistent than any of the last 100 years.“

“…the late-16th-century megadrought caused landscape-scale vegetation changes, a 17th-century drought has been implicated in the Pueblo Revolt of 1680 and the 1882-1905 drought killed more than 50 percent of Arizona’s cattle.”

Well imagine that! All this when atmospheric CO2 concentrations were at the “desirable 280 ppm” and climate and weather back then were more or less stable.

Griffin did not cherry-pick tree-rings to get politically correct results, it seems. No bum steer here. The U of A News writes that “the researchers used samples from 50 to 100 trees at each of 53 different sites throughout southwestern North America […] which covers most of Arizona, western New Mexico and northern parts of the Mexican states of Sonora and Chihuahua.”

“It was a massive undertaking…to measure almost 1 million tree rings.”

So you see, the U of A can produce quality tree-ring results after all, so long Michael Mann doesn’t get his littler fingers into them. Thanks to Daniel Griffin and his team for this effort and these very interesting findings. I’d like to see how the precipitation patterns match up with solar activity.

2 responses to “Study Shows Southwest Droughts Of The Past “Were More Severe, Persistent Than Any Of The Last 100 Years”!”