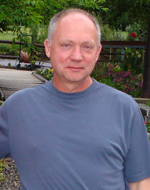 In today’s post you will find a Russian National Television film below, viewed only 70 times so far at Youtube, where Russian scientists express doubt on the IPCC’s version of the CO2 story, and warn of a coming cold period. It is the kind of film alarmists do not want the public to see.  It is dubbed over in English

In fact Russian scientists warn that the recent Arctic melt may actually forbode a coming cold. It’s happened before.

In yesterday’s post here I wrote about how Max-Planck-Institute Arctic scientist Dirk Notz said he would not bet on the Arctic ice decreasing in the years ahead, saying in a nutshell that there are just too many poorly understood factors and play.

In his response Notz brought up Andrey Proshutinsky (photo above), a senior Russian scientist at the Department of Physical Oceanography at the Woods Hole Oceanographic Institution. I sent him an e-mail for comment, and I’m very pleased to say he replied (my emphasis):

I am sorry for delay with my response. I just got your message because of traveling.

Answering your question I can say that the situation with Arctic ice changes is highly uncertain. Our observational record is too short, models are not perfect and initial conditions used for model runs are also very far from ideal. We speculate that Greenland ice melt could be a factor influencing Arctic-Subarctic processes but how it will work is not clear yet. More observations and modeling studies are needed.

His advisories are unmistakable: 1) initial conditions for model runs are “very far from ideal” and that 2) “the observational record is too short“, and thus taken together ought to be a very loud and clear message to policymakers who are in a rush to declare the science settled and to build a phony climate thermostat.

Russian scientists warn of “cold” ahead

Minutes later a second email from Dr. Proshutinsky landed in my mailbox. It contained a link to a highly fascinating, balanced Russian National Television of December 2013 film titled “Cold”, see below.

In addition to my previous message, I am sending you a link to our website front page www.whoi.edu/beaufortgyre where we have two movies (one of them I showed during my talk at Royal Society). The second movie was made by Russian National Television last year. There are two options there: in English and in Russian. This is about 50-minute film “Cold” with opinions of different scientists about future climate changes. Of course, this is information to entertain general public but you can see that there are many factors which can influence climate and some of them are well predictable (like astronomic parameters) but others are not predictable (like volcanic eruptions).

As Proshutinsky points out, it was made “to entertain general public” but shows the “many factors” driving the climate. Be patient the good stuff starts after the 20-min. mark.

In the video starting at about the 25 minute mark, Russian scientists warn why they think cooling is a real threat, and remind us there are many factors at work within our climate system.

At the 37:40 mark a Russian scientist is quoted saying:

Besides excessive amount of cartbon dioxide adds some fractions of a degree to the dangerous warming. However to be honest, the weather is controlled by forces that are beyond our control. We can only adapt, if we are able to of course.”

“This warming is not forever”

Warm winters of the recent years no doubt has made many of us pretty relaxed about the cold. Stories about the cold of 1941 and 1812 are perceived as tales of the past. But the climate is a variable thing. History can repeat itself and this warming is not forever.”

If the film makes anything clear, it is that the Russian view of climate science is far more balanced and calm-minded than what we are used to seeing in the west. It is little wonder Russia is not signing on to extend Kyoto.