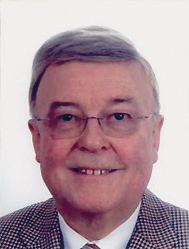 I was notified by reader Ken of an interview conducted by German daily Augsburger Zeitung (AZ), appearing in the hard copy edition. Now posted here in German.

Interviewed was meteorologist Klaus Hager. He was active in meteorology for 44 years and now has been a lecturer at the University of Augsburg almost 10 years. He is considered an expert in weather instrumentation and measurement.

The Augsburger Zeitung writes that “hardly any of his colleagues are as familiar with the weather as the 73-year old is“.

The Augsburger Zeitung wanted to know Hager’s views on climate change. Hager doesn’t hold back any punches, claiming that “people are being deceived” on the subject and that man’s influence on the climate is very small.

On whether temperatures are warming in the Augsburg region, Hager says there is “no detectable trend showing this is so” and that it’s been cooling since 2005. When it comes to the climate variability, he agrees with Professor Lauscher of the University of Vienna: “Fluctuations dominate climate, not trends“.

Warming an artifact of new instrumentation

One reason for the perceived warming, Hager says, is traced back to a change in measurement instrumentation. He says glass thermometers were was replaced by much more sensitive electronic instruments in 1995. Hager tells the SZ (my emphasis):

For eight years I conducted parallel measurements at Lechfeld. The result was that compared to the glass thermometers, the electronic thermometers showed on average  a temperature that was 0.9°C warmer. Thus we are comparing – even though we are measuring the temperature here – apples and oranges. No one is told that.”

Hager confirms to the AZ that the higher temperatures are indeed an artifact of the new instruments.

“People are being deceived especially when it comes to reducing CO2.” He tells the AZ that weather depends on dozens of single factors – all of various weighting.

The AZ, seemingly stunned by it all, asks Hager: “So you’re saying that the calls for climate protection connected to CO2 are not serious?” Hager confirms, answering:

The CO2 taxes that are being levied are actually a sin against national wealth. If you want to stop the alleged climate change, then you need to ask what it’s all about and who profits from it at the expense of the citizens.”

Hager then explains how CO2 is only a trace gas and that its role in climate is overhyped.

When asked about how his position is completely contradictory to that of the mainstream, Hager scoffs at the notion:

You know I check facts and I want others to think about it and not to just swallow everything unfiltered- just because its the current zeitgeist. Manmade climate change will turn out to be a climate bubble. It’s going to pop like the forest die-off scare – and will do so because of nature – here I mean when solar activity falls again.”

I wonder how much longer he’ll lecturing at the university of Augsburg. Expect the warming-jihadists to go after him. Kudos to the Augsburger Zeitung for printing the interview!