According to recently published scientific papers, the current sea level highstand, as well as the rate of glacier retreat and sea level change, are now significantly lower than they have been for much of the last 10,000 years — back when CO2 concentrations were stable and considerably lower (at about 265 ppm). 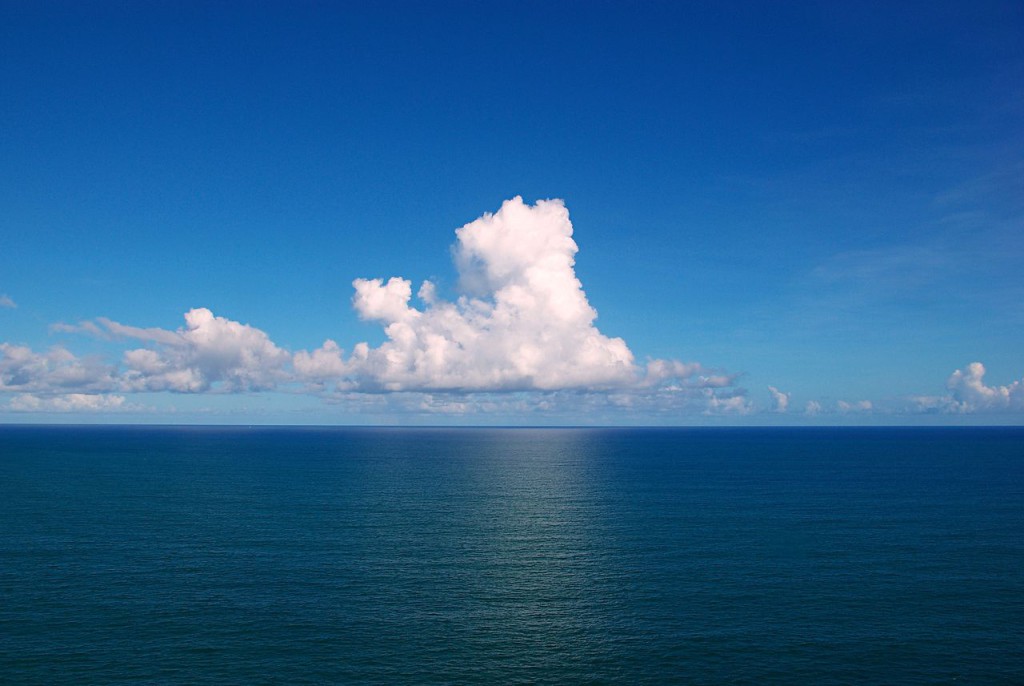 A flurry of new papers show today’s sea level rise is slower than in the Holocene past. Photo Tiago Floreze, CC BY-SA 3.0.

The most recent IPCC report (2013) indicates that sea levels have been rising at a rate of 1.7 mm/year, or 6.7 inches per century, since 1901 (through 2010).  This rate occurred synchronously with an approx. 100 ppm increase in atmospheric CO2 levels.

In contrast, scientists Hodgson et al., 2016 have determined that sea levels rose at rates of 1.2 to 4.8 meters per century (47 to 188 inches, or about 4 to 16 feet per century) between about 10,500 and 9,500 years ago near East Antarctica.  This sea level rate change occurred while CO2 levels were stable to modestly declining *.

Prydz Bay is one of the largest embayments on the East Antarctic coast and it is the discharge point for approximately 16% of the East Antarctic Ice Sheet. […] The field data show rapid increases in rates of relative sea level rise of 12–48 mm/yr between 10,473 (or 9678) and 9411 cal yr BP [calendar years before present].”

The recently published scientific literature also indicates that not only was the historical rate of sea level rise significantly higher than it has been since the 20th century began, glaciers and ice sheets continued to rapidly retreat during the late Holocene, or within the last few thousand years.  During the Medieval Warm Period, for example, scientists Guglielmin et al., 2016 determined that glacier retreat rates in the Western Antarctic Peninsula were as high or higher than they have been in recent decades.

In the publication here, the authors write:

Here, we present evidence for glacial retreat corresponding to the MWP [Medieval Warm Period] and a subsequent LIA [Little Ice Age] advance at Rothera Point (67°34′S; 68°07′W) in Marguerite Bay, western Antarctic Peninsula. … Based on new radiocarbon dates, during the MWP, the rate of glacier retreat was 1.6 m yr−1, which is comparable with recently observed rates (~0.6 m per year between 1993 and 2011 and 1.4 m per year between 2005 and 2011).”

Prior to the Medieval Warm Period, scientists Yokoyama et al., 2016 indicate that “the world’s largest ice shelf” collapsed due to a warming ocean and atmosphere, with ice shelf retreat rates of 100 km within a thousand years.

In the publication Widespread collapse of the Ross Ice Shelf during the late Holocene, the authors write:

The Ross Sea is a major drainage basin for the Antarctic Ice Sheet and contains the world’s largest ice shelf. … Breakup initiated around 5 ka [5,000 years ago], with the ice shelf reaching its current configuration ∼1.5 ka [1,500 years ago]. In the eastern Ross Sea, the ice shelf retreated up to 100 km in about a thousand years. … [I]ce-shelf breakup resulted from combined atmospheric warming and warm ocean currents impinging onto the continental shelf.”

According to other scientists Bradley et al., 2016, the melt water from the Antarctic ice sheet continued to contribute up to 5.8 meters of sea level rise equivalent until about 1,000 years ago.

In another recent paper here the authors found:

…a slowdown in melting at ∼7 kyr BP associated with the final deglaciation of the Laurentide Ice Sheet, followed by a continued rise in ESL [Holocene ice volume equivalent sea level] until ∼1 kyr BP of ∼5.8 m associated with melting from the Antarctic Ice Sheet.”

Due apparently to the high glacier-melt rates and warmer ocean temperatures (Rosenthal et al. [2013]** indicate that 0-700 m Pacific Ocean temperatures were still ~0.65° C warmer than present ~1,000 years ago), recently published scientific papers document that sea levels stood from 1 to 4 meters higher than now as recently as a few thousand years ago (see citations below).

These scientific conclusions beg the question: If CO2 is a primary determinant of changes in sea level, why is it that sea level highstands (and sea level rise and glacier melt rates) were significantly greater when CO2 concentrations were stable and low than they have been in recent decades?

The configuration suggests surface inundation of the upper sediments by marine water during the mid-Holocene (c. 2–8 kyr BP) [2,000-8,000 years before present], when sea level was 1–2 m above today’s level.

….a [sea level] highstand at ~ 5000–3500 cal yr BP. The berms [raised land embankments] are presently at ~ + 6 m above [present] sea level, 2–3 m above the beach ridges. Human settlements were common on the ridge crests before and after the highstand. Regression to present-day sea level commenced after the highstand, which is when the sabkha began forming.”