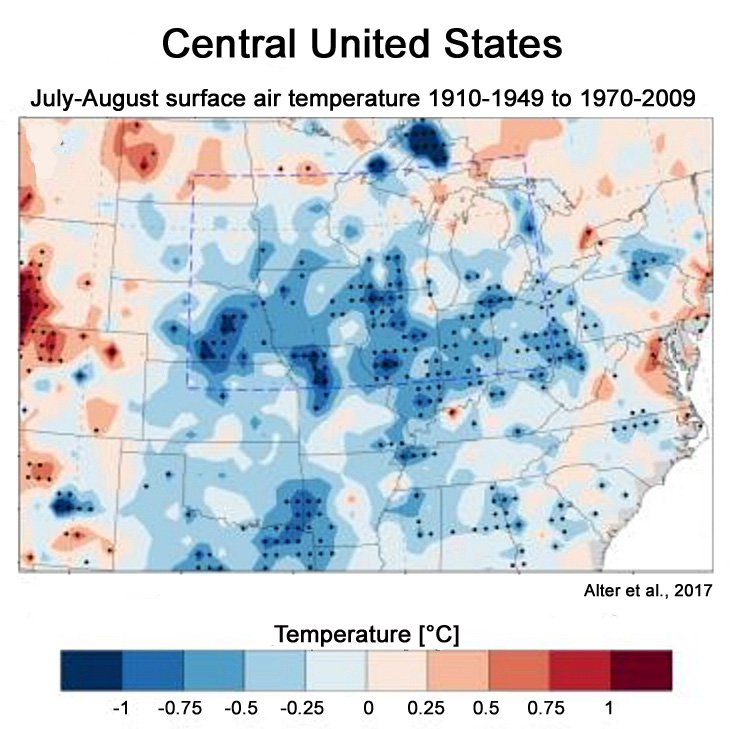 In a new paper published in Geophysical Research Letters, three MIT scientists assert that the human influence on the climate of the Central United States is dominated by agricultural activity rather than greenhouse gas (GHG) emissions.

Human activity has caused a significant long-term cooling trend (-0.35°C between the 1940s and 2009) and higher rainfall totals via the mechanism of “agricultural intensification” – a photosynthesis-associated increase in the air’s water vapor or humidity levels due to an explosive (400%) increase in crop production and yield since the 1940s.

The authors assert that the human-caused post-1940s cooling trend and increase in precipitation dramatically conflict with climate model expectations which project a human-caused warming trend and decreasing rainfall with the advent of increasing GHG emissions.

From all appearances, the effects of the human influence on climate is still teeming with inconsistencies and contradictions. 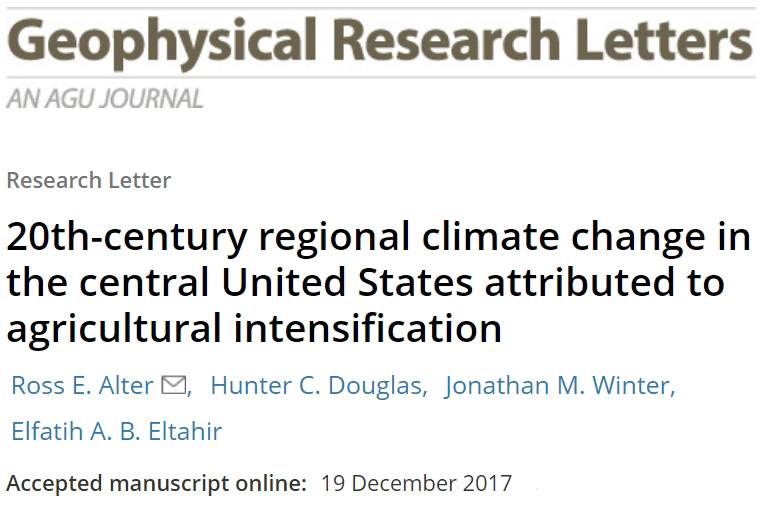 “Observations and numerical simulations both suggest that agricultural intensification has cooled temperatures and enhanced rainfall.”

“The output from this subset of CMIP5 models [climate models predicated on CO2 emissions assumptions] indicates only small changes in rainfall (between -2% and +4%) during the summer in the central United States, which are much smaller than the frequency distributions of rainfall change from both the observational data and the agricultural intensification simulations. This implies that GHG [greenhouse gas] emissions may not have been a major driver of the observed changes in summer rainfall.”

“[T]he CMIP5 [climate model] results instead show an increase in temperature and a much subdued increase in specific humidity, which may be due to GHG-induced warming and subsequent increases in the water vapor holding capacity of the atmosphere, respectively. Thus, it seems that GHG emissions do not contribute greatly to the regional changes in summer climate that have been observed in the central United States.”

“Within the regional climate model, an increase in photosynthesis for cropped areas leads to a decrease in stomatal resistance within those areas. This allows more water vapor to be released to the atmosphere through evapotranspiration (ET), specifically through transpiration. This increased flow of water out of the plants results in an increase in atmospheric moisture (humidity) over the same areas. Regarding the energy budget, the latent heat flux increases in tandem with ET, but the sensible heat flux decreases, resulting in temperature decreases over the cropped areas.”

‘Unprecedented Growth’ In Crop Productivity Since The 1940s 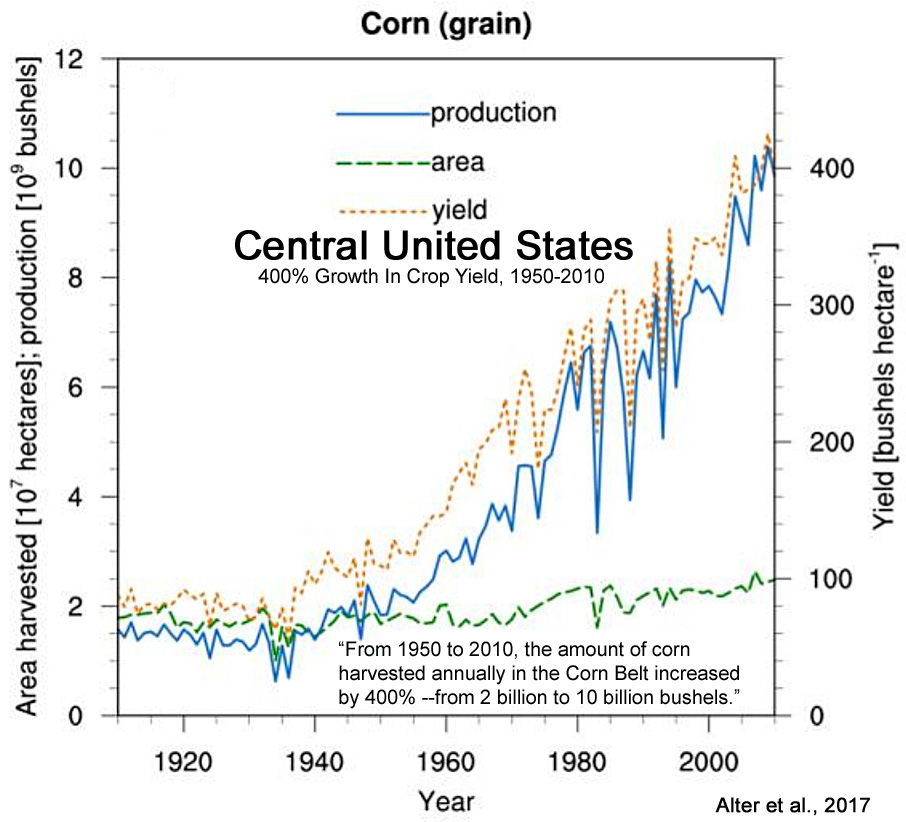 “Over the last century, the world has experienced unprecedented growth in cropland area and productivity (Ramankutty & Foley, 1999; Pielke et al., 2011). As part of this expansive agricultural development, the Corn Belt of the central United States – one of the most productive agricultural areas in the world (Guanter et al., 2014; Mueller et al., 2016) – experienced major increases in both corn and soybean production. For example, from 1950 to 2010, the amount of corn harvested annually in the Corn Belt increased by 400%, from 2 billion to 10 billion bushels (NASS, 2016).”