Have you ever wondered why the opposition and European elitists are freaking out?

Many can no longer cope with the reality. Trump has performed extremely well under the most hostile of circumstances, and accomplished a lot: 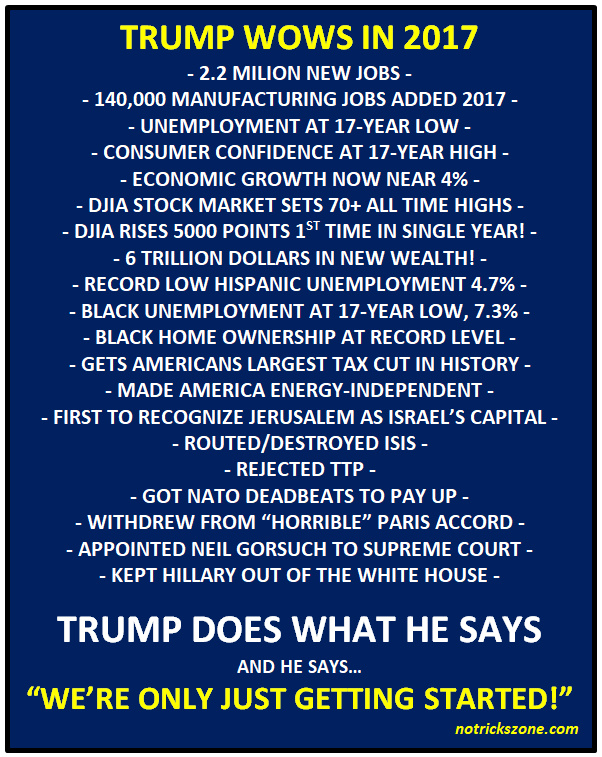 Now the huge tax reform bill moves to the President’s desk for signing. The tax burden is about to get a lot lighter. Also countries across the world are going to face pressure to follow suit and reduce the burdens placed on their own citizens.

The planet has gone from the bleak prospect of global high taxes and extreme climate regulations, to one of low taxes and plentiful, cheap and clean energies.

Goodbye to Paris Climate Accord.

Goodbye to shackles of globalism and elitists. Eat your heart out, Soros.

America and its workers are becoming unchained from the iron chains of global government.

9 responses to “AMERICA UNSHACKLED…EMANCIPATING ITSELF AS TRUMP ACCOMPLISHES!”