At Weatherbell’s most recent Saturday Summary, veteran meteorologist Joe Bastardi presents the main reason why he believes the globe has been warming over the past decades: more water vapor in the atmosphere due to natural ocean cycles.

The former Accuweather meteorologist explains why there’s a good chance Arctic sea ice will be rebounding over the coming years: because the North Atlantic appears to be headed into its cool phase, which means less warmth being supplied to the adjacent Arctic.

Bastardi says this is due to the natural ocean cycles, where surface temperatures oscillate on decadal scales.

Sometimes I believe that folks on the other side of the issue are getting a little panicky because they know when the Atlantic does switch into its colder phase, the Arctic sea ice going to go back to where it was 20, 30, 40 years ago when we were in a colder phase.”

Bastardi also sharply criticizes climate scientists for not bothering to look at the obvious natural oceanic factors that drive seasonal weather patterns, and take the easy way out by blaming CO2 global warming.

The veteran meteorologist adds that “water vapor is by far the most important greenhouse gas because we can link it directly to temperature”, and explains how most of the global warming in fact happened at the Earth’s poles because of higher water vapor from the warmer ocean sea surface temperature phase which ends up in the atmosphere. 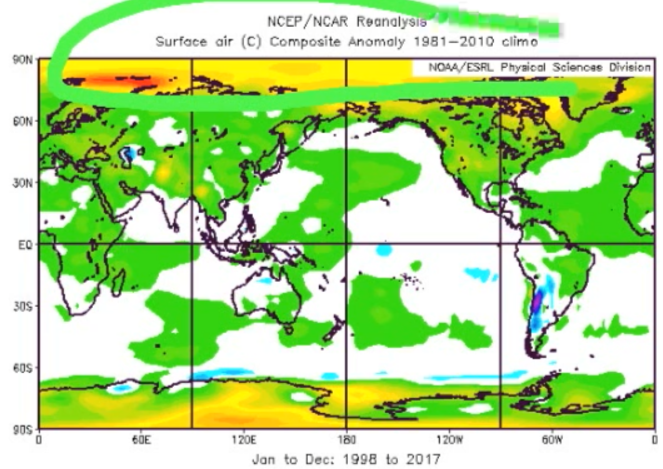 The added water vapor at the poles substantially amplifies the warming there, much more than it does at the tropics.

Over the past 20 years most of the global warming has occurred over the Arctic and Antarctic, as Figure 1 shows. This is because over the same time period atmospheric water vapor has increased – due to the warm phases of the oceanic cycles we’ve seen over the past 2 – 3 decades, see Figure 2: 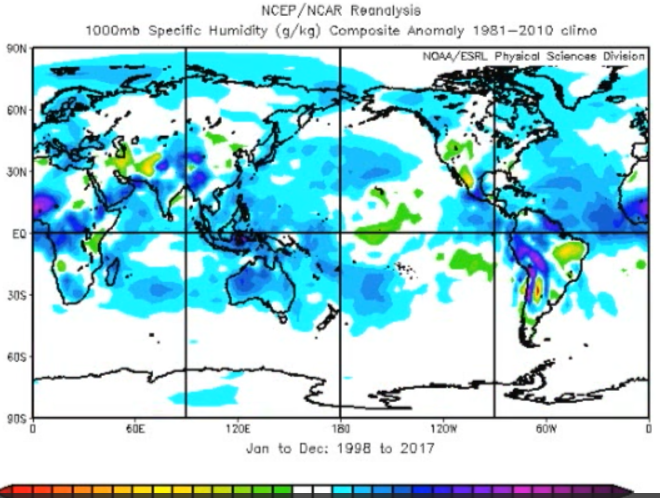 And because even a small amount of added vapor to the air has a profound effect on the air temperature where it’s very cold, as is the case at the poles, tremendous “warming” occurs. Meanwhile substantial amounts of added water vapor to the atmosphere in warm tropical areas have only modest effects on air temperature.

Table 1 shows what happens when water vapor gets added to air at different temperatures: 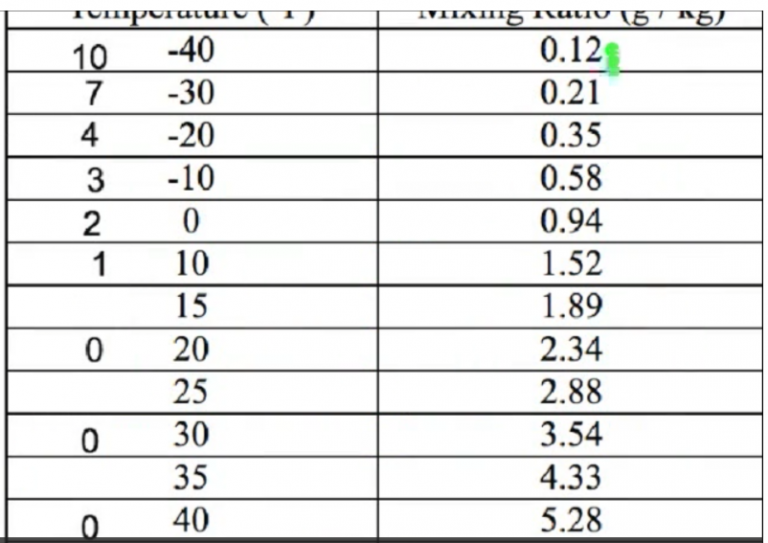 When just 0.1 grams of water gets added to a kilogram of air, the temperature of that air rises by over 10°C! Of course this phenomenon has nothing to do with the greenhouse (radiation effects), but rather because of thermodynamic reasons.

When 0.1 gram of water vapor gets added to air that is +35°C, typical in the tropics, the temperature rises by only a tiny fraction of what is observed in the cold Arctic air. For that reason, Bastardi says: “We know water vapor is the big key.”

As the sea surface temperatures get warmer due the warm phase of the oceanic cycles, “they pump a little bit more water vapor in the air. Where’s it going to make the big difference? Temperature is not a linear measurement of energy,” Bastardi says.

The veteran meteorologist adds that if people really looked at water vapor’s effect on polar temperatures, they “would quickly understand that it’s not CO2.”

Bastardi also slams the recently released NCR government report, saying that it totally ignores all the huge benefits humanity has enjoyed because of fossil fuels:

Since the use of fossil fuels, global capita GDP and human life expectancy have exploded and are at record highs. Humans as a whole have never lived more comfortably.