You are browsing the search results for "CO2" 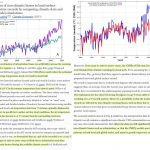 Climate researcher, geologist, Patrice Poyet has released a new e-book: The Rational Climate e-Book: Cooler is Riskier. The Sorry State of Climate Science and Policies. This is an outstanding reference. Using the table of contents the reader can conveniently look up the topic that’s of interest. The ebook has been downloaded over 10,000 times so […] 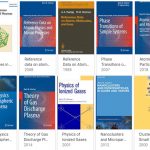 Several more estimates of extremely low CO2 climate sensitivity have been added to the database in the last year. The collection of scientific papers that assess a very low (under 1°C for a doubling of CO2) or a non-quantified, but negligible climate sensitivity has swelled to over 130. In 2015, when it was first published, there […]

Despite the thousands of scientific publications refuting  alarmist climate change scenarios, governments, activists and the IPCC continue to insist that we’re headed for climate catastrophe when we clearly are not.  Thanks to Kenneth Richard’s Herculean efforts and the Google Medieval Warm Period Map, we have these publications readily available.  There are reasons why in 2019 […] 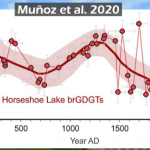 Another paleo-climatological study reveals that the Mississippi river basin was 2°C warmer than today 700 years ago, another indication that the Medieval Warm Period (MWP) was warmer globally than today. This is bad news for the zealot backers of the man-made global warming hypothesis. Today as atmospheric CO2 concentrations climb beyond 400 ppm, climate alarmists […]

Oceans cover 71% of the Earth’s surface. An analysis of CO2’s radiative effect on ocean temperatures finds CO2 forcing is negligible even after reaching a concentration of 1,071 ppm. In the tropical oceans, 500 to 1,000 W/m² of solar radiation uniformly heats the first 2 meters of the ocean surface by 2 Kelvin in a […] 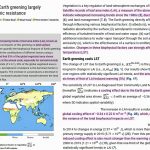 Since the 1980s, warming and rising CO2 fertilization have spawned a global-scale greening trend. This leads to an “Earth greening-induced cooling effect” of land surface temperatures. In the last 9 months we have highlighted a study (Haverd et al., 2020) asserting rising CO2 and warming are the dominant drivers of Earth’s strong post-1980s greening trend. […]

CO2 is higher at the Poles than at the Equator. When air warms, CO2 goes down and water vapor goes up. The warming effects of CO2 and water vapor do not add; they oppose each other. This is opposite IPCC claims. The IPCC claims doubling CO2 from 280 ppm to 560 ppm over the course […] 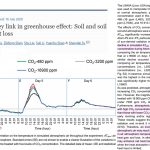 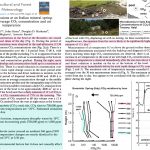 At an outdoor test site in Italy CO2 concentrations vacillating between 1,000 and 750,000 ppm have no more or less an effect on local temperatures than a nearby site with stable, ambient (<400 ppm) CO2 concentrations. Mofette fields are “natural carbon dioxide springs” that allow us to observe the effect that a 100% (1,000,000 ppm) […] 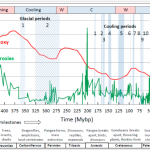 CO2 has little impact on climate, important for life, says former UN official. A CO2 Memorandum By Albert Köhler MSc. (Translation, editing, subheadings by P Gosselin) With this manuscript I would like to deal with the CO2 topic, which currently seems to be so extremely important for media and politics, solely according to the precepts […]

Posted in CO2 and GHG, CO2 Greens the Earth | 18 Responses