My local newspaper Osnabruecker Zeitung (OZ) has an online story here about the dramatic ARCTIC sea ice melting in June. This is typical of German media climate reporting. The introduction reads:

Arctic sea ice last month melted faster than in any June since measurements have been taken, since 1979. 88,000 square kilometers of white area disappeared daily, reports the American NSIDC in Boulder.

The OZ peppers the story with dramatic details like:

Also the extent of northern ice this June reached a record low average of 10.87 million sq km. According to the NSIDC, this ice area is 190,000 sq km below the previous June record set in 2006.

The air temperature is very high, and the ice continues to melt very rapidly.

The OZ then brings in the WWF as experts and polar bears for emotion to round out the propoganda effect.

ARCTIC TEMPERATURES
Have Arctic temps really been very high lately? Judge for yourself, see below, or click here: 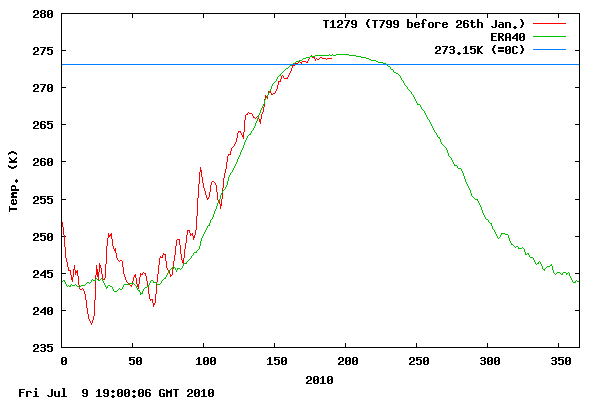 Clearly the chart shows that since the start of June temperatures in the Arctic over 80°N latitude have not been “very high”. Most of the melting ice was ice that had formed in the cold late spring at lower latitudes.

CURRENT MELTING RATE
What about the claim that Arctic ice is melting rapidly now. Again, look at the chart under my 11 Climatic Indicators as follows or, click here (Sea Ice Arctic IJIS). 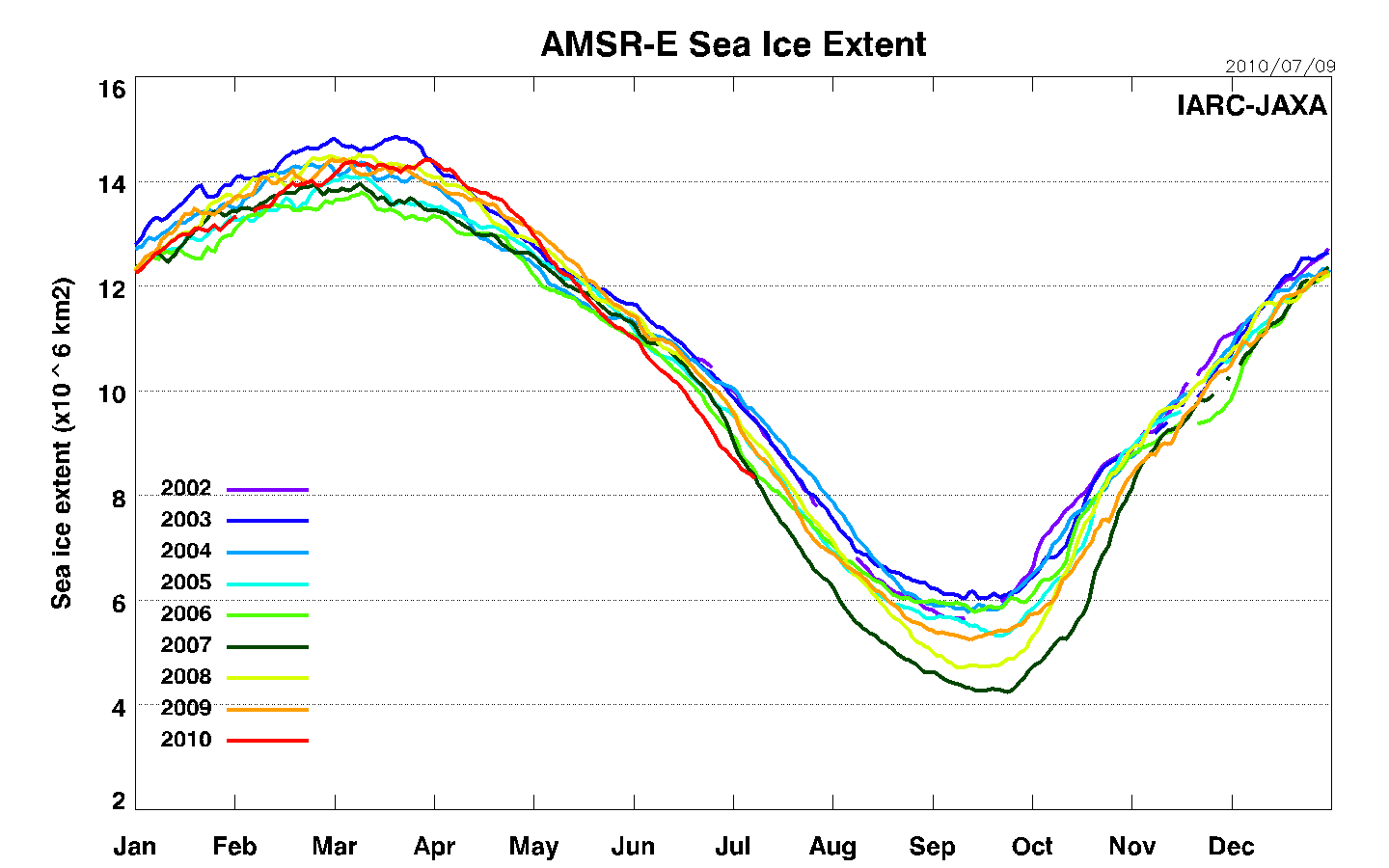 If you look closely you’ll observe a few things: 1) There was a record high ice extent in April, 2) the ice indeed melted rapidly in May and June, but 3) the melting rate has slowed down considerably over the last 10 days, averaging only 59,000 sq km – something the media forgets to mention.

Now let’s take a look at what the sea ice in Antarctica alone is doing, see below or click here. Indeed Antarctic sea ice is near a record high! 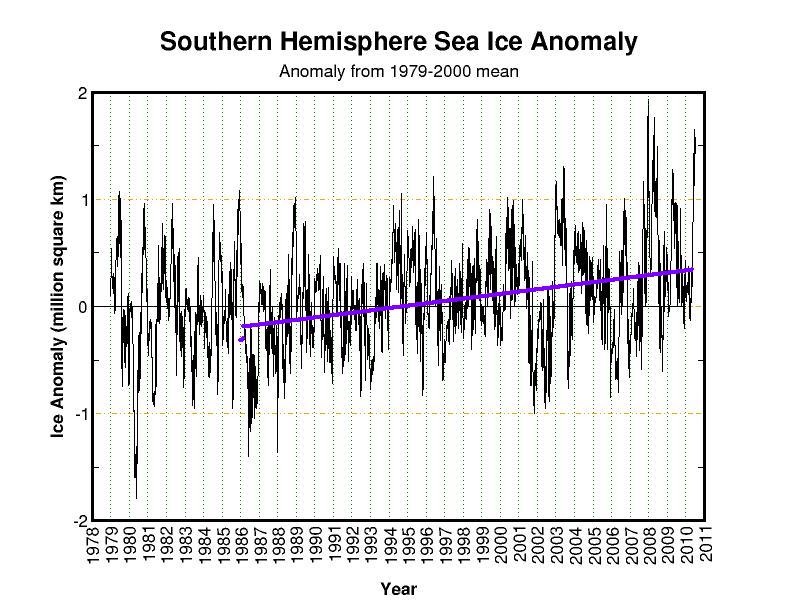 Moreover, look at the trend (blue line which I eyeballed in) over the last 25 years or so. Have we heard any reports about that? Perhaps the journalists at the OZ ought to take a closer look.