Now if global warming causes more, and more intense storms, then there must be some serious cooling going on right about now. Storms are practically off the radar! Here’s the chart for the last 40 years. 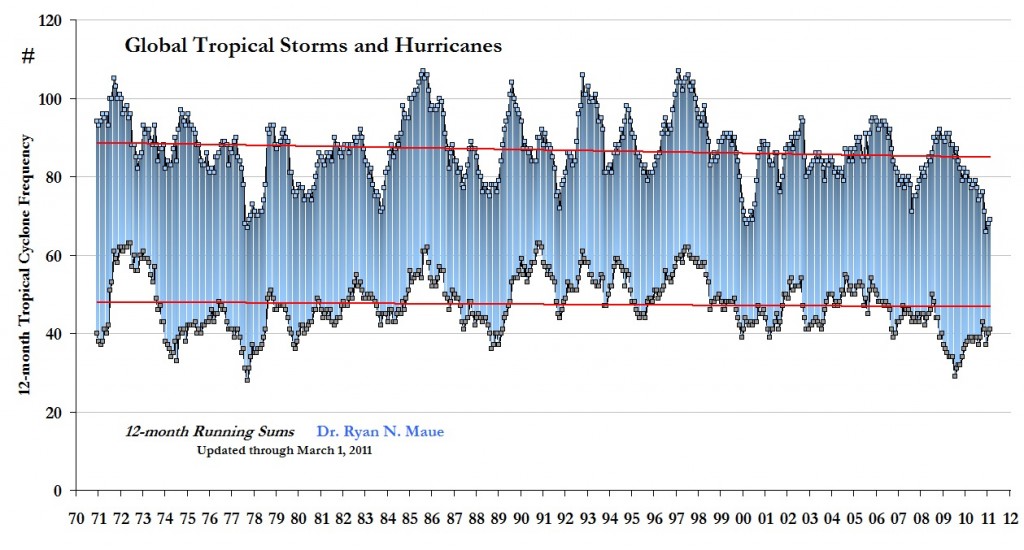 Global Tropical Cyclone ACE does not show an upward trend in communion with global temperatures.”

The March 21, 2011 00Z ECMWF deterministic 10-day forecast does not indicate another TC developing during the month. This will bring the previous 12-month total of global TCs down to 63 — by far the lowest in the last 40-years or more.”

Dr, Maue also says that this level is possibly “unprecedented”.

So what should we start expecting from the “climate scientists? First they said global warming would lead to warmer temperatures. But then they changed their minds and said that it leads to colder winters. That means we can expect them to reverse on tropical storms and claim that warming will cause tropical storm inactivity.

But don’t count on it. For that to happen, the global warming “scientists” would first have to jump out of the pockets of reinsurers and into the pockets of those with interest in no storms, whoever that could be.