Share this…FacebookTwitterGermany’s Alfred Wegener Institute has issued a press release about a comprehensive study on the erosion of Arctic coastlines it has recently released. Many media outlets in Germany were busy peddling the “dramatic results” over the last day or so. So what data do we have to back up all the drama? Only about 10 […]

Is Permafrost Methane A Climate Time Bomb? “Only in Scenarios – Not In Reality” Says German Permafrost Scientist

Share this…FacebookTwitterIt amazes me how the media take a non-story and inflate it into a “climate time-bomb”. The Sueddeutsche Zeitung has an interview today with Dr. Hans-Wolfgang Hubberten, a director at the Alfred-Wegener Institute for Polar and Marine Research (AWI), who has been studying the permafrost in Siberia for 20 years now. Not surprisingly he sees signs of […]

Share this…FacebookTwitterI don’t have a single one of these damn things in our house, and I’m glad. Now the German online DIE WELT has a report here called: Energy Saving Lights Emit Toxic Substances. Hat-tip DirkH It was already widely known that CFLs released deadly mercury, but only if they broke, see here for example, or here onwhat […]

Preachy Germany’s Black Coal Consumption Skyrockets 15.4% in 2010 – Due To Cold!

Share this…FacebookTwitterFace it, Germany’s elitst leaders think that by righteously adopting positions of “protecting the climate” and the “responsible” use of energy, they’ll be able to assume the role as the world’s moral leaders. The pious, like Chancellor Angela Merkel and all the leaders of all other parties, media, etc., all insist they have truly learned […]

Share this…FacebookTwitterInfected Ticks On The Increase Here’s another “global warming is good for everything that’s bad, and bad for everything that’s good” story. Now according to the online Swiss suedostschweiz.ch: Ticks could become more dangerous because climate change favours infected ticks. That’s the conclusion that researchers of the University of Neuenburg concludes. The study was supported […] 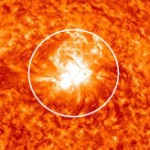 Share this…FacebookTwitterMany of us have been watching the sunspots every day and wondering if the sun was entering into some kind of Dalton minimum. Solar Cycle 24 was about three years overdue. Well, it’s still not sure if a Dalton-sort of minimum will or will not occur, but the latest event suggests that the sun has […]

Share this…FacebookTwitterAt his Der Wettermann website retired German meteorologist Dr. Wolfgang Thüne is calling for an immediate stop of all state-funded climate research. h/t DirkH Dr Thüne, who is sort of Germany’s version of John Coleman, has been one of Germany’s most outspoken critics of climate science and the huge waste of taxpayer money all the research involves. […]

Share this…FacebookTwitterThere is no energy shortage. What we have is a shortage of energy that we are ALLOWED to be used. The list of energies we are allowed to use just keeps getting shorter. Techno-politico elitists are busily crossing out everything on the list, like coal, nuclear, all petroleum products, wood, and biofuels. The latest […]

Share this…FacebookTwitterHans Schellnhuber’s Social Contract For Sustainability‘s real economic and social impacts would be incalculable. This has never been attempted before, and its approach completely contradicts all fundamental economic and scientific principles. Moreover, it is to be implemented without first having a public debate, and to be done so at warp speed. This in itself makes the […]

Share this…FacebookTwitterFirst off, don’t take what this buffoon of a scientist Hoffmann says too seriously. He just serves as an example to illustrate what these self-anointed “elite climate scientists” think of people who don’t believe their junk science and believe in democracy. Some background: Georg Hoffmann is a German nuclear physicist and worked on climate models at […]

Now Add Autobahn Crashes To The List Of Things Caused By Climate Change!

Share this…FacebookTwitterAnyone reading last Friday’s piece here on the autobahn pile-up that killed 8 people (thankfully revised down from 10) because high-speed autobahn drivers were suddenly caught by a dust storm surely thought: “Hmmm, I wonder if warmists are going to blame this on climate change too?” Yes we can! Here it is at the online […]

Posted in Drought and Deserts, We're To Blame | 11 Responses

Share this…FacebookTwitterThere’s a magical element about that number. Maybe because it is 1000 squared. Or maybe it’s a quantity that is very high, yet still within the realms of human imagination. It’s a number that certainly exudes magnitude. There are a number of phrases with the word “million”, some examples: – millionaire – thanks a million […]