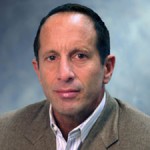 How Do The AGW People Get Away With This?

A few graphics make the position of the AGW people completely absurd. It’s why I am so confident as to my position on this matter, and by the way it does have something to do with the weather because if you know where the weather has been, you have a better chance to know where it’s going.

Exhibit one, from my co-partner here at WeatherBell Joe D Aleo ( I wonder if we will share the same cell when the warmingistas come to get us. And will they let us have the same tattoo artist to brand us deniers?)

PDO and AMO are strongly correlated to the earths temps…now watch CO2 vs temps over the past century:

Even more damming than this, look at the past 10 years:

Which leads to the question: How do these people have any credibility? How do they get away with this?  It’s mind boggling that its gotten to a point where the EPA is dictating policy based on what is an obvious fraud, or if you want to be gentle about it, creates enough doubt to back off.

Here is something to consider.

Over a year ago I advised a client of mine at the time to purchase less air conditioners than for  2010 because the summer of 2011 would be cooler than the summer of 2010. Now there is talk that this is going to turn out like last summer, but assuming it won’t, the forecast was made. BEFORE LAST SUMMER. The client had to put in their order for air conditioners a year beforehand because they were ordering them FROM CHINA.

Now every red blooded American gets up in arms because all those jobs should be here in USA, right?  But why aren’t they? Well  in large part because of policy that is based on absurdities like this, a factory making anything here is now being clamped down on by the EPA so hard, so why bother? Its like Obama said:  ” So, if somebody wants to  build a coal plant, they can, it’s just that it will bankrupt them because they are going to be charged a huge sum for all the greenhouse gas that will get emitted”.

That is a direct quote and is like his energy Sec saying that they seek to take away choices that people waste their money on. Astounding that things like that are being pushed by people in control,  or that they even got control in the first place. That is our fault, based on what is obviously flat out nonsense. But combine that with labor costs, and the fact the that the corporate tax rate in the US is higher than China, which few people in our nation seem to get, and this is what happens.

Now let’s say we wanted to make sure that a person here working in an air conditioner factory can make a decent wage from a helping hand ( how do like my populist line…from the Ghost of Tom Joad?)  Well, get rid of the EPA  running roughshod over factory owners, and lower the corporate tax rate to below China’s  ( it is so hard to believe that Chinese tax rates are lower) and you will find that companies will stay here and pay a decent wage to build air conditioners, But not if you are clamping down on people based on questionable, don’t-have-a-leg-to-stand-on ideas about co2 warming the planet.

Again, it defies logic as to how they got to where they did with this issue, and the facts are there for all to see.