Share this…FacebookTwitterA scan of the larger German online dailies such as DIE WELT, Bild, Der Spiegel, FAZ, etc.  here in Germany shows absolutely no interest or any coverage of Al Gore’s 24 Hours of Reality.Maybe the old continent is losing interest in a movement that once appeared to be scientific, but has long since been reduced […] 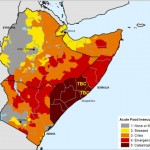 Share this…FacebookTwitterPortuguese blog Ecotretas here reveals how the IPCC completely botched its forecasts for East African rainfall in claiming the Horn of Africa should expect more precipitation. With severe drought now ravaging the region, the IPCC forecasts and models are beginning to look like a complete farce. Lately we have all been hearing about the serious drought that […]