While Vermonters in my homestate aren’t proud enough of their beautiful mountains to preserve them, and so have decided to install wind-parks on ridgelines, see here and here, Scotland has decided they want no part of such lunacy.

Must be the fine whisky Scots produce and drink there. They ought to send some of those spirits over to Vermont. 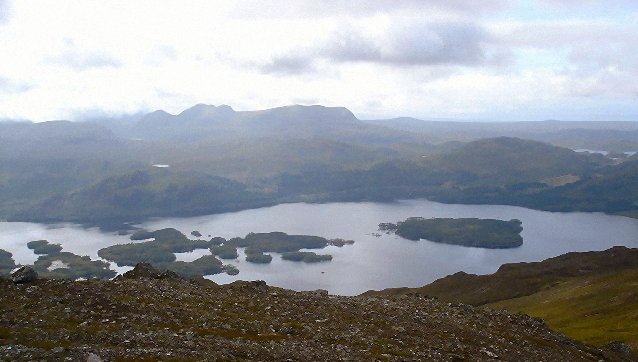 Renewable energy website Recharge here writes that the “Highland Council planners shot down three high-profile projects totalling nearly 80 turbines in a two-day rout for developers”. It’s good to see there is still some environmental sanity left on the planet.

According to the press release at the Mountaineering Council of Scotland website (Feb 12):

The section 36 proposals which were determined today are:

· Glemorie Wind Farm: to the north of Dingwall with a proposed 34 turbines and 35 kilometres of access track. The MCofS originally objected to the proposal because it contravenes The Highland Council’s own policy on onshore wind farm locations.

· Dalnessie Wind Farm: 13 km North East of Lairg comprising 27 wind turbines and associated infrastructure, including 20 km of new access track. Each turbine would be up to 121 metres high to blade tip. The MCofS originally objected to the development because it would not be in accordance with the Highland Council’s Development Plan

‘We objected to these industrial-scale proposals on the grounds that they were inappropriate developments which contravened Highland Council planning policy; they would have a significant visual impact on the mountains and other wild land, and adversely affect a broad swathe of Scotland’s finest landscapes.’

‘We believe that members of the Planning Committee have acted in the best interests of their constituents, and in the broader public interest, as custodians of some unique and very special landscapes. However, we still fail to understand why Highland Council planning officials originally recommended that the Council should ‘raise no objection’ to Glenmorie and Dalnessie given their own policy and the obvious and intrusive impact on recognised and designated landscape areas.’

‘The MCofS is not opposed to onshore wind farms and we have objected to only 6% of the onshore developments tracked by Scottish Natural Heritage.’

‘We seek protection for the mountains through changes to Scottish Government planning policy. We have called repeatedly for the introduction of a national spatial planning policy for onshore wind farm developments which would give protection to precious mountain landscapes and at the same time offer developers guidance on where wind farms could be located.’

‘The present planning free-for-all, which encourages inappropriate and speculative developments, and in which the Scottish Government is placing unreasonable pressure on local authorities to process and approve developments, is not a recipe for success. The Scottish Government, despite their repeated and empty assurances that such protection exists, must act to provide protection for our superb landscapes. Given this is the Year of Natural Scotland, we believe that is the minimum they should do.’”

This is a refreshing development that hopefully will spread to other regions of the planet. Blasting mountain ridge lines and gouging miles of access roads though forests and landscape in order to soothe environmental paranoia and alleviate irrational fears of a climate catastrophe is environmental lunacy of an unprecedented scale. Unfortunately, places like Vermont have become psychological basket cases in that respect.

Germany has hardly been immune to the insanity. It’s 130 billion in renewable energy investment will theoretically postpone global warming a whole 23 hours, read here. At that rate it would cost the world $4,745,000,000,000,000.00 (4.745 quadrillion) to delay global warming 100 years, provided the dubious theory were true. That’s a million dollars for every family on the planet (if I didn’t lose or gain any zeros in that big number calculation).

It’s truly mind-boggling how easily some people can get carried away by madness. When a few dumb cows start running, the whole herd often follows.

Hats off to Scotland. Maybe I’ll break open that bottle of Doublewood Balvenie I got for Christmas and give a toast.