We know that according to the catastrophe-obsessed nut-jobs, everything bad is enhanced or caused by global warming. So this won’t surprise you.

A new journal article appearing in Oceanography by scientists Charles H. Greene, Jennifer Francis und Bruce Monger at Cornell University now suggests that Hurricane Sandy was related to human-caused climate change. The article is short, and is worth reading just for the laughs. 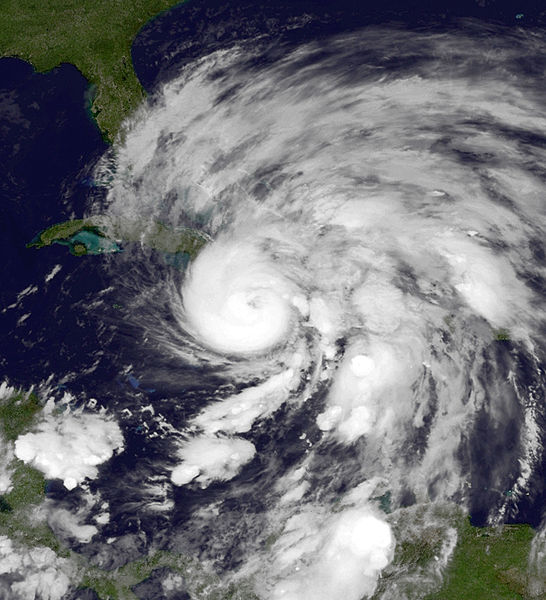 Hurricane Sandy was just too weird to not have been caused by AGW, scientists suggest. Photo source: http://www.nnvl.noaa.gov/GOESEast.php, public domain photo.

According to the journal article, the relatively open late summer waters in the Arctic disturbs the Arctic polar Jet Stream and thus causes weird weather down in the middle latitudes. The scientists write that Sandy did not lose strength after making landfall “because it was supercharged with energy derived from a southward dip in the jet stream over the Mississippi Valley that ushered in an invasion of cold Arctic air (Figure 1).”

Of course nobody is going to dispute how the course and strength of Sandy developed. That’s well-documented. But to say that the weather patterns that led to Sandy’s development were due to human caused global warming indicates a science that is desperately clinging to life.

As evidence of a link to global warming, the authors say that Sandy taking a sharp turn west was “something never observed before in records going back to 1851”. In other words because the weather did not behave normally, global warming had to have been behind it. Moreover, the authors write: “To literally top it off, the storm surge combined with full-moon high tides and huge ocean waves to produce recordhigh water levels that exceeded the worst-case predictions for certain parts of New York City.”

Almost in comic fashion, the authors also attempt to pre-emptively defend themselves against the expected (well-deserved) criticism, basically saying that Sandy’s behavior and the weather patterns surrounding the storm were so unususual that it had to be have been due to the global warming-induced Arctic ice melt.

And maybe so was that freak car accident that occurred on last weekend’s icy streets.

Although a direct causal link has not been established…perhaps the likelihood of greenhouse warming playing a significant role in Sandy’s evolution as an extra-tropical superstorm is at least as plausible as the idea that this storm was simply a freak of nature.”

This today passes as science. Sad.