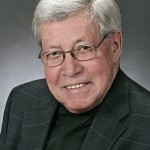 Share this…FacebookTwitterDr. Hans Labohm writes at the Dutch Standaard that one of the world’s leading geologists, Peter Ziegler of Switzerland, recently made a presentation on the factors driving climate. It’s not CO2, he said.  Peter Ziegler. Photo from Ziegler family archives. GNU Free Documentation License, Version 1.2 or any later version. Labohm writes at the Dutch Standaard […]

Share this…FacebookTwitter220,000 plus climate e-mails are about to be unloaded by the mysterious Mr. FOIA. Who could he or she be? My feeling is that the authorities are going to find the identity of Mr. FOIA in lickety-split time. A manifesto is, after all, what revealed the Unabomber. These forensic language experts are really really […]