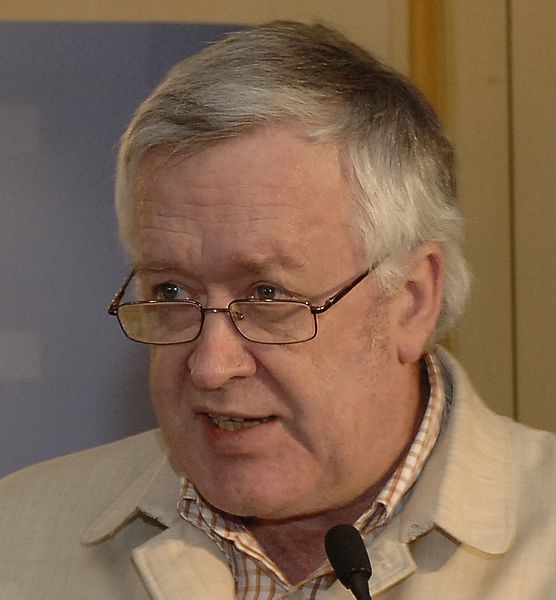 Hans von Storch, Director of the Institute for Coastal Research at the Helmholtz Research Centre in Germany, interviewed with the Austrian online kleinezeitung here. In the interview the renowned German professor looks at the proposed causes of the recent cold winter, his new book Die Klimafalle, and global warming in general.

The interview focused on a number of climate-related topics, but what follows are mainly his comments on the explanation that a warm Arctic in late summer causes cold in Central Europe in the late winter. Also included are some comments he made on climate science in general.

HvS: Here I’d be careful. With climate activity, countless factors interact with each other, and lots of explanations are possible. Using models it has been shown that this special mechanism could function that way. But that does not mean in any way that it is the deciding factor.

Can the cause of the cold winters be identified?

HvS: One has to ask why are such explanations first found after the event appears. It indeed would have been much nicer if someone had said already in the year 2000: By the way, you have to expect harder winters in Europe because the Arctic ice is retreating in the summer. This claim today then would have been far more convincing. But it was the other way around: We noticed that something strange had happened, and then an explanation was constructed. Other explanations would also be possible.

HvS: No, I wouldn’t say that. But it is understandable that people are casting doubt and questioning things. In the past lots of sins were made in the communication surrounding climate change. The impression was aroused that there would no longer be cold winters, that snow was a thing of the past. If things had been clearly communicated right from the start, there would be less distrust today.

Why do you say the climate debate has reached a dead end?

HvS: In a kind of co-production, science and politics have generated the impression that certain political actions have to be taken based on resilient scientific results. Here citizens and society have no say in this, and are expected to just sit there and listen to the clever scientists explain how the situation is and what policy has to be implemented. This is almost a Medieval political understanding.

But isn’t the science good enough to base policy on?

HvS: Of course it is; the findings today are very sure and for the most part undisputed. But that doesn’t mean this applies to all the other claims that we’ve heard in the media and also from scientists. For example that hurricanes are getting worse, or that there will be hardly any snowy winters here. These embellishments are being presented as undisputed. Then the debate proceeds so that either you buy the whole package with all the exaggerations, or be labelled a skeptic who denies everything. It’s either you’re with us, or against us – as George W. Bush said.

How seriously can one really project climate development?

HvS: Actually nothing can be projected. What we offer are scenarios, i.e. possible developments under certain conditions. The results are scattered over a relatively wide range because of the uncertainties.

The complete interview in German is at: kleinezeitung here.