Browse: Home / 2013 / May / 22 / German IPCC Scientist: “Although There Are No Data To Show It…Frequency Of Tornadoes Will Be Higher”!

The German media are now naturally asking what is behind the terrible tornado that struck near Oklahoma City. 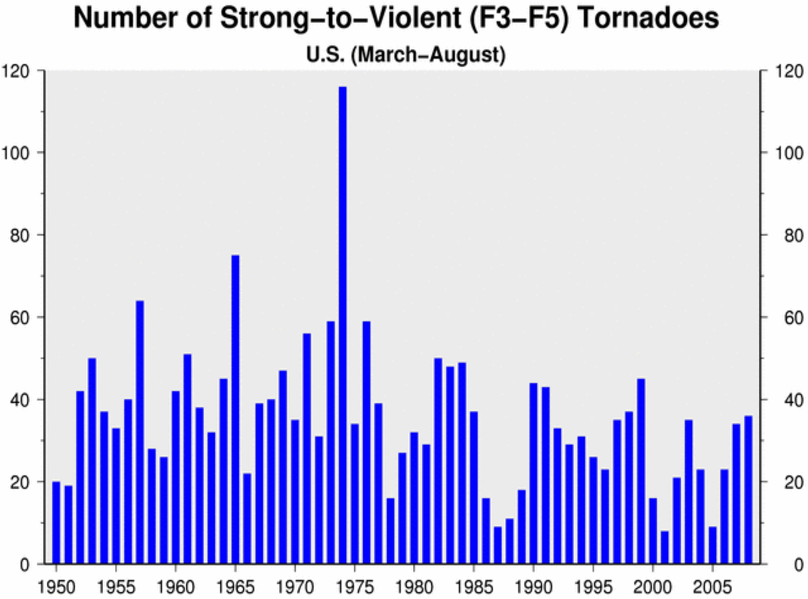 To fool the public, German ZDF public television here, Germany’s version of the BBC, sought out “one of Germany’s most renown climate scientists” Prof Mojib Latif of the IFM-GEOMAR, Kiel, the Leibniz Institute of Marine Sciences. Latif is often a frequent guest on radio and television whenever the climate topic arises in Germany.

The interview actually was quite good, until the 2:25 mark. Latif did a good job explaining why tornadoes occur very often in Tornado Alley, and why early warning systems are difficult.

But any skeptic watching could feel the TV anchorman and Latif were building up to the climate-change moment, which came at the 2:25 mark. At this point the interview turned into the usual state-sponsored climate propaganda circus.

Herr Latif, just briefly on climate change. Do you expect an increase in frequency because of climate change or is there no relationship?”

Latif answers, making another one of his famous laughing stock predictions:

Yeah, at the moment we cannot see it. As I said these are rare events and the data just are not sufficient. But I suspect that when global warming continues over the course of decades, then such weather situations with very severe thunderstorms will occur more frequently, and then the frequency for tornadoes will be higher than what the case is today.”

Thank you very much for that estimation, and this is actually no good news for these people in Tornado Alley.”

Plain as day, complete BS from ZDF and Prof Latif. There’s data out there, but not the kind that the ZDF and Latif want to see, or us to see. Here it is for readers:

How Latif comes up with the idea that we should expect more tornadoes as warming and CO2 increases is a mystery to me.

Then again in the year 2000 (April 1st) Latif made the notorious prediction that snow and hard frosts would become rare in Germany in the wintertime. The exact opposite has happened. In fact, snow is the forecast for parts of Germany today, and it’s May 22!

Why can’t these people just be honest for once, and skip the constant BS. These people need to be fired.

5 responses to “German IPCC Scientist: “Although There Are No Data To Show It…Frequency Of Tornadoes Will Be Higher”!”