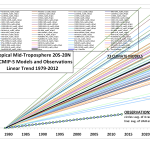 Share this…FacebookTwitterOver the last few days, parts of Germany have been hit by some of the worst flooding seen in 100 years after heavy rains hit southern and eastern regions over a period of 4 days. Since then armies of climate charlatans have appeared in the media claiming it’s all because of man’s fossil sins. Today […] 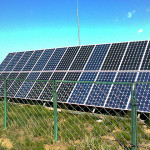 Share this…FacebookTwitterThe Handelsblatt today writes about the newly imposed import tariffs the EU has levied to keep out low-cost, affordable solar panels made in China. The subheading below the title reads: With punitive tariffs on solar products, the EU has angered China. The government in Peking has condemned the import tariffs and is now retaliating: […]