Share this…FacebookTwitterA reader, currently in Dallas, and was compelled to photograph the headquarters of the Dallas Morning News. He sent me the following photo, where I’ve highlighted part of the text which I think would be good advice for certain media outlets here in Germany when reporting on global warming, and anywhere for that matter. […]

Joe Bastardi To Rolling Stone: “By The Way, How Are Your Computer Forecasts Doing?”

Share this…FacebookTwitterJoe Bastardi has left a comment at Rolling Stone in response to their “10 Dumbest Statements Ever Made About Global Warming” commentary. Here it is: By the way, talking about deceit. THIS WAS A GLOBAL WARMING ISSUE. that is the game you chose. To then conveniently turn into Climate Change, which is redundant since […]

Share this…FacebookTwitterIf anything shows that climate change is mainly the worry of rich western neurotics in search of a meaning in life, it’s the latest survey by the UN on what are the world’s most pressing problems. Surveyed so far are 625,000 people. Vote here: http://www.myworld2015.org/.   Economics/statistics professor Bjorn Lomborg writes at FaceBook the […]

Share this…FacebookTwitterSpiegel here reports on the results of a new recently published survey on how Germans view climate change. The cooked study (yes, I think the survey is very dubious) was conducted by Engels et al.  The dressed-up as science survey comes from the cabal of usual warmist suspects. According to Spiegel, based on a telephone survey […]

Share this…FacebookTwitterReader Jeff Glassman of rocketscientistsjournal.com left a comment about Murry Salby, which regrettably got held up in the spam filter. Because he devoted much time to writing it, I’ve upgraded his comment to a post. ============================================ On 4/18/2013, Ferdinand Engelbeen misunderstands Henry’s Law and its dominance over atmospheric CO2 to the exclusion of human emissions. […]

Share this…FacebookTwitterJust call it the Great Solar Energy Bubble! It has popped for good, and what’s left behind is a whopping 21 billion euros in destroyed capital, Germany’s flagship daily Frankfurter Allgemeine Zeitung (FAZ) writes today. One of the arguments used to convince people of the virtues of solar energy was that “the sun doesn’t […]

Hans von Storch: “Serious Problem” For Climate Research If Temperature Doesn’t Change In The Next 5 – 6 Years!

Share this…FacebookTwitterThe print edition of Spiegel today has an interview with Prof Hans von Storch, the outspoken leading climate scientist often aims criticism at both sides of the climate debate. Not that von Storch is sort of a provocateur, rather he only speaks his mind, which at times for some means a message they’d prefer not […]

Dice N’ Splice – Curve Designer Stefan Rahmstorf: “We Are Catapulting Ourselves Out Of The Holocene”!

Share this…FacebookTwitterAt the SciLogs website, Stefan Rahmstorf of the über-alarmist Potsdam Institute for Climate Impact Research presents Part III of his Mann-hockey-stick-resurrection series. Here he explains to his German readers how the temperature really developed over the Holocene and why the 20th century is “unique”. To do this, Rahmstorf uses the findings of the already […]

The Economist On Germany’s Energiewende: “Web Of Grotesque Distortions” … “Will Kill German Industry”

Share this…FacebookTwitterThe Economist here has an excellent analysis of the German “Energiewende” which is the country’s bold transformation to (80%) renewable energy by 2050. Right now the Economist is not too impressed, and its report should serve as a warning to other countries contemplating a similar move. Hat tip Judith Curry (must read). Some quotes: “Germany’s […] 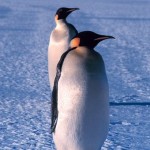