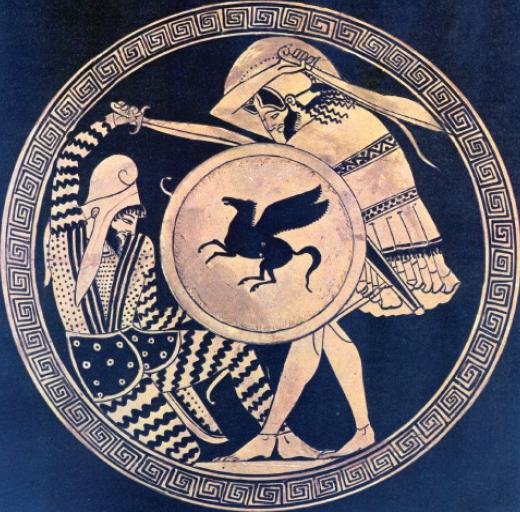 Depleted of scare stories, the global warming scare industry is desperate and has resorted to the latest scare tactic, claiming that warming leads to violent conflict.

The online Spiegel reports here on a study appearing in the journal Science by Solomon Hsiang et al claiming that global warming causes shortages in resources and thus increases the risk of war and violent conflict. The title of the Spiegel article: Global Warming: Study on Climate Change/War Met With Harsh Criticism.

In a nutshell, Spiegel discovers that the Hsiang study is hardly worth the paper it’s printed on.

The Hsiang study is even too absurd for the leftist Spiegel to swallow. In their study, Hsiang of the University of California in Berkeley and his team of researchers conclude:

We find strong causal evidence linking climatic events to human conflict across a range of spatial and temporal scales and across all major regions of the world. The magnitude of climate’s influence is substantial: for each 1 standard deviation (1σ) change in climate toward warmer temperatures or more extreme rainfall, median estimates indicate that the frequency of interpersonal violence rises 4% and the frequency of intergroup conflict rises 14%.”

Spiegel writes, according to Hsiang’s study, that should the global temperature rise by 2 – 4 sigma by 2050, then the frequency of violent conflicts could rise by 50% in some regions. No region is exempt, the scientists say.

“Gross errors and a distortive selection of data”

Even the left-leaning Spiegel finds that assessment suspicious, and so the renowned news weekly asked a number of top experts (most of them warmists) and discovered that they massively criticize Hsiang’s findings and flat out dismiss the study’s conclusions. Spiegel writes that the:

Experts accuse the authors of gross errors and a distortive selection of data.”

Jürgen Scheffran, Professor for Climate Change and Security at the University of Hamburg and his colleagues evaluated 27 studies and found that 16 were statistically significant in showing that global warming increased the probability of violent conflict, but that 11 studies said they could actually have the opposite effect, i.e. decrease the likelihood of violent conflict. Eight of these papers were not even considered by Hsiang and his colleagues, Scheffran says.

Moreover, Spiegel then writes that Oslo economist Halvard Buhaug is quoted saying that Hsiang and his team “ignored data”. Worse, Buhang says that the “authors used data that produced the strongest results“.

Alternative explanations were “wiped off the table”

Spiegel writes that Jochem Marotzke, Director of the Max-Planck Institute for Meteorology in Hamburg, was also highly critical of Hsiang’s methodology, saying that alternative explanations were “wiped off the table” in order to give climate fluctuations maximum power as an explanation. Spiegel writes:

All in all, Marotzke says that he is ‘skeptical when it comes to the robustness of the results’.”

Spiegel also reports that economics professor Richard Tol of the University of Sussex also has expressed “massive criticism” on the Hsiang paper, saying that the authors confused weather as climate. Spiegel writes:

Most of the Hsiang team’s evaluated studies had to do with weather phenomena, Tol believes. ‘Forecasts on the conflict-enhancing effect of future climate was therefore strongly exaggerated’.”

Finally Sociology Professor Nico Stehr and climate scientist Hans von Storch also told Spiegel that the worst error in the Hsiang study was that it ignores man’s ability to adapt to weather and climate events. Hans von Storch says “they falsely assume that man’s reaction to climatic stimulations would be unchanged“. Another expert reminds us that man will be even better equipped in the future to adapt to changes than we are today.

Readers will find a complete debunking of the preposterous notion that warmer climates lead to more violent conflict, read here.