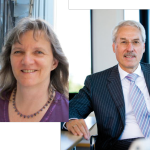 Share this… Facebook TwitterAnd DEATH by heat by 2100 if we don’t stop burning carbon now. The ultra-alarmist Potsdam Institute for Climate Impact Research (PIK) forecasts that the number of heat-wave days will double in just seven years, so reports CO2 Handel website here. The forecast appeared in Nature. Recall that the PIK is the […]