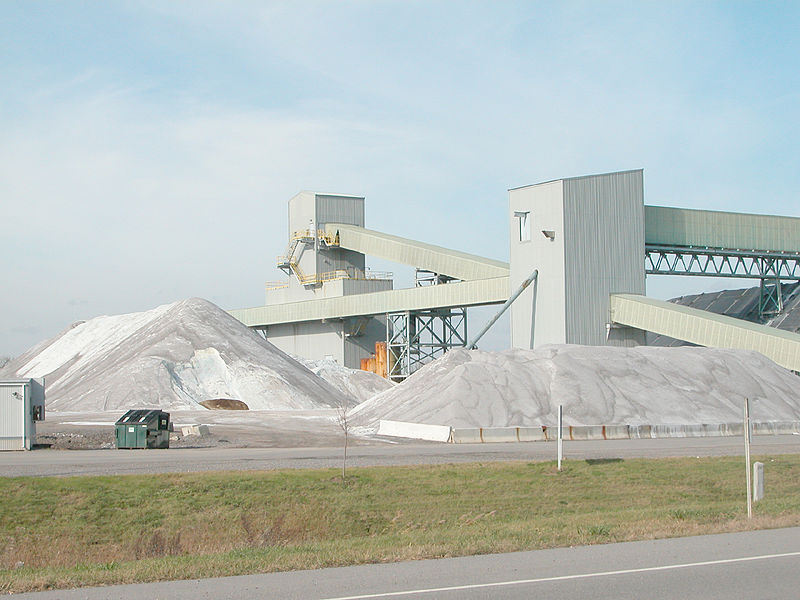 Last Thursday evening and yesterday winter made its debut in Southern Germany and Austria  – and how! Read more here.

German RTL television last night here (starting at 4:30) called it the “most severe start of winter in 200 years!“, saying many meteorologists were caught by surprise. Up to half a meter of snow fell at some locations.

Gone are the mild winters of the sort Europe seen in the 1990s and early 2000s. Indeed for central Europe the last 5 consecutive winters have all been colder than normal – a record!

These days are blockbuster times for German road salt manufacturers. In Europe municipalities have learned their lesson: ignore foolish predictions of warm winters, order huge quantities of salt, and do it early!

Municipalities and road commissioners were once led astray by climatologists’ predictions of increasingly warmer winters and led to thinking that these had become a thing of the past due to global warming (recall famous words of David Viner and Mojib Latif). One major daily even proclaimed that spring would arrive in January!

As a consequence of these false global warming predictions, municipalities unwisely kept much smaller stocks of road salt for expected shorter and milder winters. Road commissioners saw little reason to keep thousands of tons of road salt in stock.

Then beginning in 2009 came one harsh winter after another. Road maintenance crews and commissioners were caught red-faced. Suddenly municipalities were running out of salt by January and were even no longer able to keep the most vital traffic arteries cleared. Traffic chaos ensued and motorists were left to fend for themselves. Municipalities were stunned and left scratching their heads. Weather-wise the exact opposite of what climatologists had predicted had taken place. They learned the hard way. Now they are no longer heeding the foolish forecasts of warm winters.

Not surprisingly, many of the very same climatologists have since changed their tune and are now suddenly predicting cold, bitter winters for Europe….because of global warming!

German public radio SWR here reports that this year municipalities and road commissioners are stocking up on road salt:

The Salzwerke AG in Heilbronn said that municipalities had ordered large quantities of road salt. […] Over the past years road salt had often been in short supply in some municipalities because the cold periods lasted longer and longer than expected.”

The online daily Märkische Allgemeine Zeitung here reports that the city is now building up its stock of road salt, writing:

In the last season 2012/2013 about 90,000 tonnes of road salt were used. Because of the long and harsh winter considerably more than normal was used, said Mitschka. road salt had to be continuously re-ordered.

In 2010/2011 there were delivery bottlenecks. Even the autobahns in Brandenburg could not be adequately salted at the time.”