Browse: Home / 2013 / October / 15 / Nigel Lawson In Swiss Interview: Climate Alarmists “Are In Search Of A Reason To Explain Why They’ve Erred” 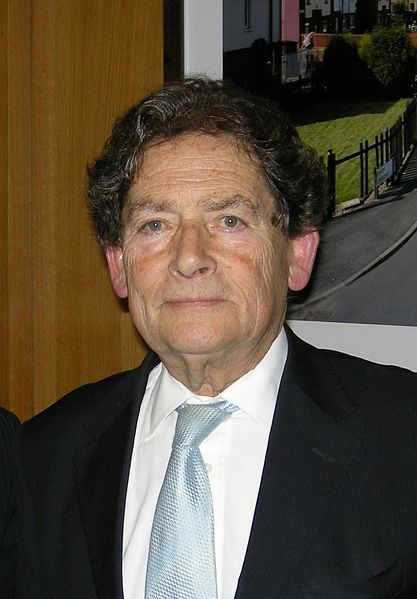 British politician, Nigel Lawson, former Chancellor of the Exchequer and Secretary of State for Energy, interviewed yesterday with the online Swiss daily Tagesanzeiger based in Zurich. He provides his views on climate change and energy policy.

A number of leading Swiss publications have recently expressed doubts over the claims made by the IPCC and its scientists. The Tagesanzeiger interview is just the latest.

First Lawson calls the IPCC’s admission that the global temperature hasn’t risen in 15 years “notable” and that it shows the climate models are “inadequate”. “The empirical findings contradict the claims about the future being made by the IPCC. That’s not the way to do science.”

(Note: All quotes are translated from the German).

Lawson does not dispute that CO2 has a warming impact on climate, but that the real question is: how much? “On this there are many different opinions“. Lawson believes that the IPCC agenda is mostly in the hands of alarmists who believe CO2 is mostly driving the climate. But Lawson says there has to be other factors. “Without a doubt, the most important one is solar activity.”

Lawson calls the assumption that the oceans have soaked up the heat “pure speculation, an excuse from alarmists who are searching for a reason to explain why they erred”. He says that there are no measurements from the deep sea to support this, and also dismisses the notion that CO2 may have caused the Gulf Stream to change, calling it “nonsense”.

On Svensmark’s cosmic ray theory, Lawson says that CERN has neither been able to confirm nor refute the theory, and that the theory remains interesting.

When asked about global warming causing more storms, Lawson is emphatic, saying this is not the case and points to greedy insurance companies.

It is completely false. The number and strength of tropical storms over the last decades has not increased, even if the insurance companies always claim to the contrary in order to justify their increasing premiums.”

On sea level rise, Lawson sees no data showing sea level rise is going to speed up and warns that this is fraught with uncertainty as it is a very complex phenomena involving the movement of land masses. (Story continues below)

Introduction starts on page 1 with full story on page 2.

Fossil fuels the most efficient

In the interview, it is also clear to Lawson that global warming does not entail only disadvantages, but also brings a number of advantages. He cites the fertilization effects on plant growth from higher Co2. He also points to mankind’s ability to adapt to changing climate conditions as being far better today than ever.

On the question of whether the world should wean itself off fossil fuels:

Countries like China and India should not do so under any circumstances because it would put their economic development in jeopardy. Fossil fuels are and will remain the most efficient.”

He adds that he thinks it’s possible that Europe will go it alone on renewable energy, and claims that its “competitiveness would suffer enormously. … Except for Europe, no one on the planet believes in the end of fossil fuels. Higher energy prices would by horrible, especially for the poor!”

The Tagesanzeiger then asks why he thinks he knows better than the IPCC scientists. Here Lawson delivers a lethal blow to the notion of “consensus”, reminding the Tagesanzeiger that many scientists agree with his position, among them Freeman Dyson. He also reminds the Tagesanzeiger that many of the climate scientists are not from the field of climate, but from other fields. Lawson was also former energy minister, and so he thinks he understands energy far better than David Cameron or Al Gore. He accuses David Cameron of populism with the climate change issue and that Cameron fancies himself as a sort of planet rescuer. Lawson reminds us that also Margaret Thatcher also had emphatically rejected the alarmist theories.

On why climate alarmism and the calls to abolish CO2 are today still very much in vogue, Lawson concludes:

After the failure of communism, new arguments were needed in order to be able to discredit the market economy. Also the belief in man-made climate change to some extent involves religious tendencies.”

8 responses to “Nigel Lawson In Swiss Interview: Climate Alarmists “Are In Search Of A Reason To Explain Why They’ve Erred””