Germany’s online Bild newspaper here quotes German meteorologist Dominik Jung: “For the coming winter give a probability of 70:30% that it’s going to be a colder-than-normal winter.” 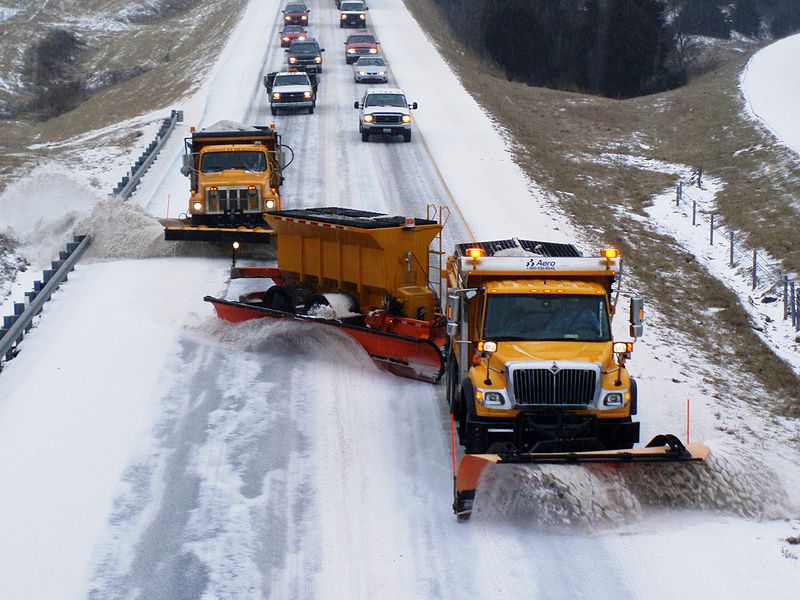 The southern Germany’s online Wasserburger Stimme reports here that the chances of an “extreme winter” are as high as ever this year. The site also quotes German meteorologist Dominik Jung, who says that winters in Central Europe in general began to become milder after the 1960s thanks to mild winds coming in off the Atlantic. Jung adds that the highpoint was reached in the 1990s. But: “In the last 5 years the winters have been normal or slightly colder than normal. The series of extremely mild winters appears to be over.”

A meteorologist who believes anything?

Jung feels that this winter could be a really harsh one – the sort not seen in 50 years. But cautions that such a forecast cannot be made with high certainty. Jung adds:

But the probability of a new XXL winter has increased considerably. New theories claim that extended ice melt at the North Pole could lead to significantly colder winters in Europe. It is not that the climate over the whole world will warm up. There are regions that will indeed get warmer, and there are also regions that will get cooler.”

Here Jung is subscribing to the after-the-fact nonsensical theory that the Potsdam Institute for Climate Impact Research (PIK) desperately had to cook after being caught off guard by cold winters that took Europe by surprise. It’s a dubious theory based solely on IPCC-quality models with no data to support it.

Jung adds that the US NCEP models are also forecasting a slightly colder normal winter than usual (1961-1990 mean).

Forecasts of a harsh winter are also circulating in Britain. The online Express here bears the title: Worst winter for decades: Record-breaking snow predicted for November.” It writes:

Long-range forecasters blamed the position of a fast-flowing band of air known as the jet stream near Britain and high pressure for the extreme conditions. Jonathan Powell, forecaster for Vantage Weather Services, said: ‘We are looking at a potentially paralysing winter, the worst for decades, which could at times grind the nation to a halt.'”

It’s hard to tell how much all of this is headline-grabbing. Some meteorologists may be getting carried away. My WAG is a more or less normal winter.

Complaints that the cell is too cold

The UK leftist Independent here writes that some of the 30 arrested Greenpeace activists are complaining of harsh conditions and that their cells are too cold. The Independent quotes the father of a detained activist:

What do the activist expect from a Russian prison? Five-star resort accommodations, massages and a sauna?

Captain says he needs to go home because of heart problems

Meanwhile the English language Ria Novosti reports that the captain of the Arctic Sunrise ship Peter Wilcox now regrets going to the Arctic to protest:

RIA Novosti’s legal reporting agency RAPSI quoted Willcox as saying he had never faced such severe charges in 40 years of activism, and that he would have stayed in New York if he could choose to go back. […] Denial of Willcox’s appeal came despite his lawyer expressing concern over his health complications stemming from a heart condition.”

Oh, now suddenly he has heart problems. Strange how just a month ago his heart had been in good enough shape to allow him to venture off into the harsh Arctic conditions for a little protest and boat ramming.

Yesterday Ria Novosti here wrote that Russian Foreign Minister Sergei Lavrov reiterated that the environmental activists “clearly violated the UN Convention on the Law of the Sea” and that “the issue should be left in the hands of the courts“. He also warned external parties “not to interfere“.

Ria Novosti writes that “All 30 have appealed their detention, seeking release on bail or home arrest. The Murmansk Regional Court has rejected all 11 appeals it has heard so far, ordering the activists to remain behind bars until a hearing on November 24.”

Looks to me like none are going to be released on bail. There’s just too much material to sort through and no one wants to decide prematurely. Besides, the Russians have lots of time and there’s no hurry.