Browse: Home / 2013 / November / 15 / Report Claims Forests In Germany Ailing Due In Part To Climate Change: Winters Have Been “Too Frosty”!

Report Claims Forests In Germany Ailing Due In Part To Climate Change: Winters Have Been “Too Frosty”!

To illustrate the absurdity that global warming science has become, global warming is claimed to cause climate change, which in turn now causes winters to be too cold! This is what some leading German state officials would like to have people believe. 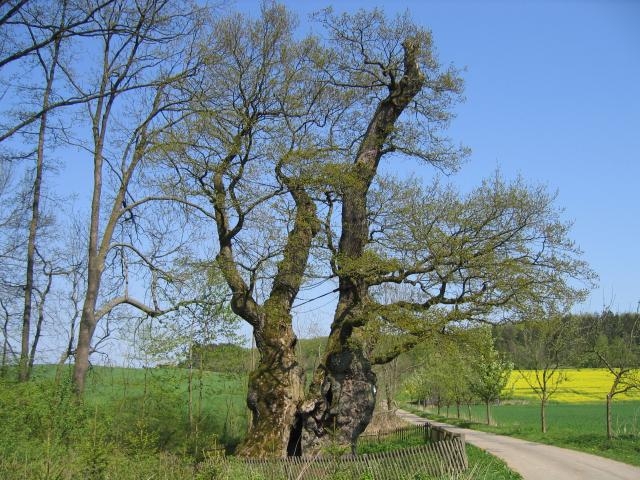 1000-year old oak tree in Germany ailing because of “climate change”. Photo released into the public domain by Thomas Berendes.

Lower Saxony’s forests are suffering from too much nitrogen, sulfur dioxide, and climate change. This is the conclusion of the state Forestry Status Report introduced Friday.”

Climate change, i.e. global warming, being cited as one of the reasons would lead a normal person to believe that German forests are likely suffering from too much warmth – due to the global warming. But the report says the climate-related ailments that forests are suffering are because of the “drier summers and more frosty winters.”

Forests are ailing because the winters have been too cold, the report claims. How is this due to global warming? This tells me global cooling is the problem, and not warming.

And have summers really been drier? According meteorologist Dominik Jung, 10 of  the last 11 summers have been normal or wetter than normal in terms of precipitation. There’s only one conclusion we can reach about Meyer’s report: It is seriously flawed and more a political instrument that has little or no merit.

What’s another sign that the forest report is lots of activist hooey? The above pictured oak tree, for example, has been around 1000 years. Obviously it endured a broad range of conditions that occurred during the Medieval Warm Period, the Little Ice Age and the current Modern Optimum. It’s seen and survived it all.

And because it is 1000 years old, nobody should be surprised that the tree is sick.

6 responses to “Report Claims Forests In Germany Ailing Due In Part To Climate Change: Winters Have Been “Too Frosty”!”