In the aftermath of the sole very strong tropical cyclone we experienced this year, all the catastrophists have since piled on claiming it was all caused by a warming world. They conveniently forget that one of their claims is that the polar regions are warming faster than the tropics. Of course temperature differences are what drive weather.

This is true of both tornadoes and cyclones. If the northern and southern temperate regions are warming faster than the tropics, then temperature differences should be falling, and storms should be decreasing in strength and number, not increasing.

So what is really happening? 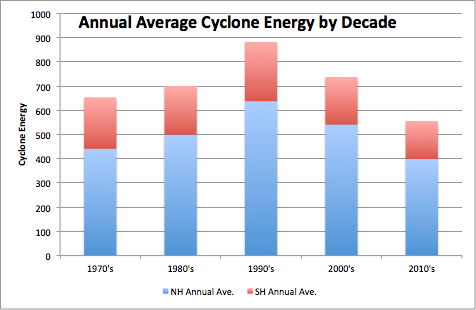 Figure 1 is the annual average Northern and Southern Hemisphere ACE for the decades since 1970 including the partial decade from 2010 to the present.

Both northern and southern hemisphere ACE increased from the 1970’s through the 1990’s, then decreased after 1999. What were temperatures doing? 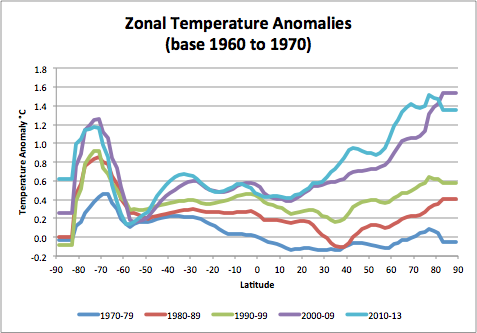 Figure 2 is the zonal warm season (May to October) temperature anomalies downloaded from GISS here, for the same five decades as in Figure 1. 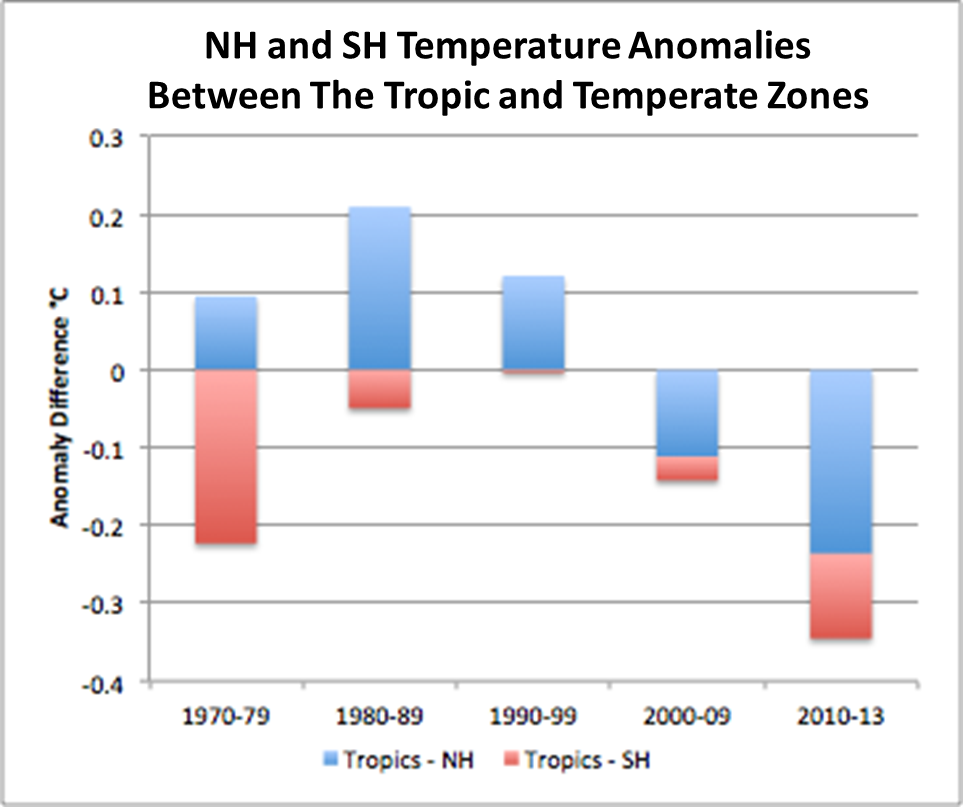 In fact, the doomsayers should be hollering that lower cyclone activity is real evidence of a warming planet. Of course that would be good news, but the doomsayers just don’t want any of that. No wonder the latest IPCC report claims there’s now data showing a link between extreme weather and warming. There is, but they don’t want you to see it.

What will happen in the future? The trends point to the tropics not warming further, the mid-latitudes continuing to warm, and the poles to cool. The trend is for ACE to decrease. And with the current 15-year warming pause showing no signs of abating, expect cyclone activity to stay at relatively low levels. Good news for every one!

Scream all you want, but the data tell the real story.