Why All The Ice In Antarctica?

The recent fate of the MS Akademik Shokalskiy has prompted arguments from the CAGW crowd that the global warming is causing more ice around Antarctica. The problem with this argument is that there has been no warming around Antarctica.

All the trends show cooling, especially in the area where the ship is trapped. The southern ocean is cooling, and has been for a long time, especially since 1996. The latitudes in the vicinity of Commonwealth Bay have been cooling since 1980. There is more ice because Mother Nature is freezing more ice. 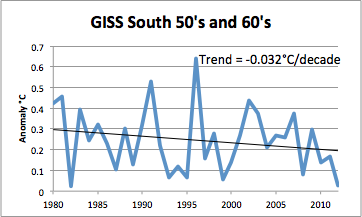 Figure 1 is the surface temperatures in the band from 50° south to 70° south.

Figures 2a and 2b are the annual average temperatures at Bases Casey and Dumont D’Urville, the two closest bases in East Antarctica to Commonwealth Bay. Source GISS.

If we look at a annual temperature trend map of the globe covering the last eight years, we see cooling especially at latitudes north and south of 45°, and at the equator.

Figure 3 is the annual temperature trends from November 2005 to October 2013.

Of course, the southern ice has responded to this decreased temperature by increasing, slowly since the low of 1980, but then much faster in the last three years following the local temperatures. See Figure 4: 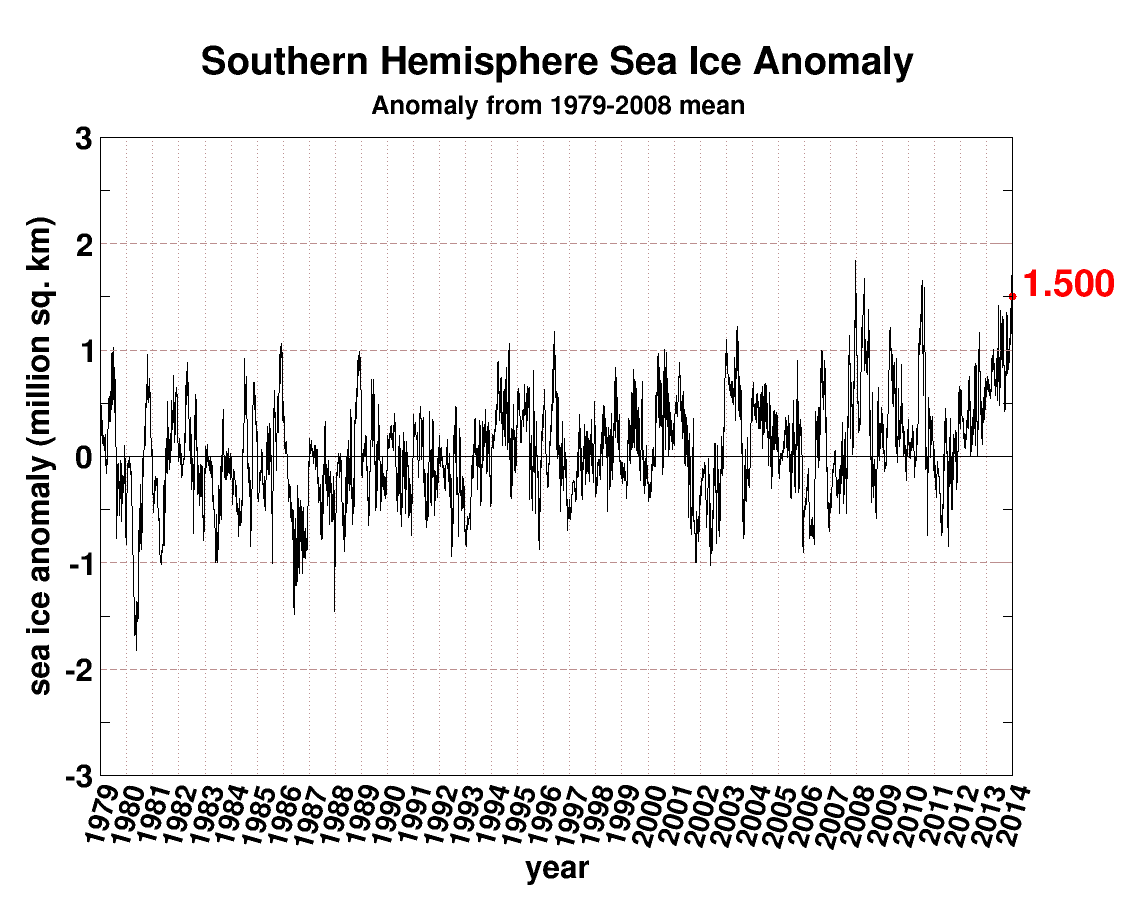 Figure 4 is the Southern Hemisphere sea ice anomaly chart. Note that the current Southern sea ice is 1.5 Million square kilometers above the 1979 to 2008 mean value, nearly three times the negative anomaly in the Arctic. Source here.

But for whatever peculiar reason, despite all the observations, global warming scientists insist it’s more logical to blame the extra ice on warming!

The warmists never seem to realize that Antarctica can melt only if the temperature rises above freezing there. For all practical purposes, it almost never does rise above freezing. The summer ice only reduces because the wind breaks it up and blows it away into latitudes where the sea is warm enough to melt it.

The air temperatures blowing off the continent rise high enough (to just freezing) so that the ice blowing away is not immediately replaced as it is in the Antarctic winter. Ice flows off the continent not because it is melting, but because the pressure of two-mile-thick ice behind the edges is forcing it to flow. Average air temperatures at bases on the edge of the continent rise to just freezing in January despite 24 hours of daylight. This is why it can snow off-shore at the position of the trapped ship in late December. Rain is an extremely rare event anywhere in Antarctica except the peninsula.

No global warming – it’s over

As one can see from Figure 3, there is no global warming. It’s over. Both poles are now cooling, the tropics are cooling. Ice is increasing at both ends of the earth. Over the last eight years, there were a few isolated pockets of warming, a spot in the North Pacific, the Middle East, north-eastern North America, and off the west coast of Australia. Those spots are constantly shifting, and will soon go away.