Predictions of the climate’s development in response to elevated atmospheric CO2 levels started in earnest over 25 years ago. James Hansen led the way beginning in 1988. In Germany the director of the prestigious Max-Planck-Institute for Meteorology Hartmut Grassl was vocal. 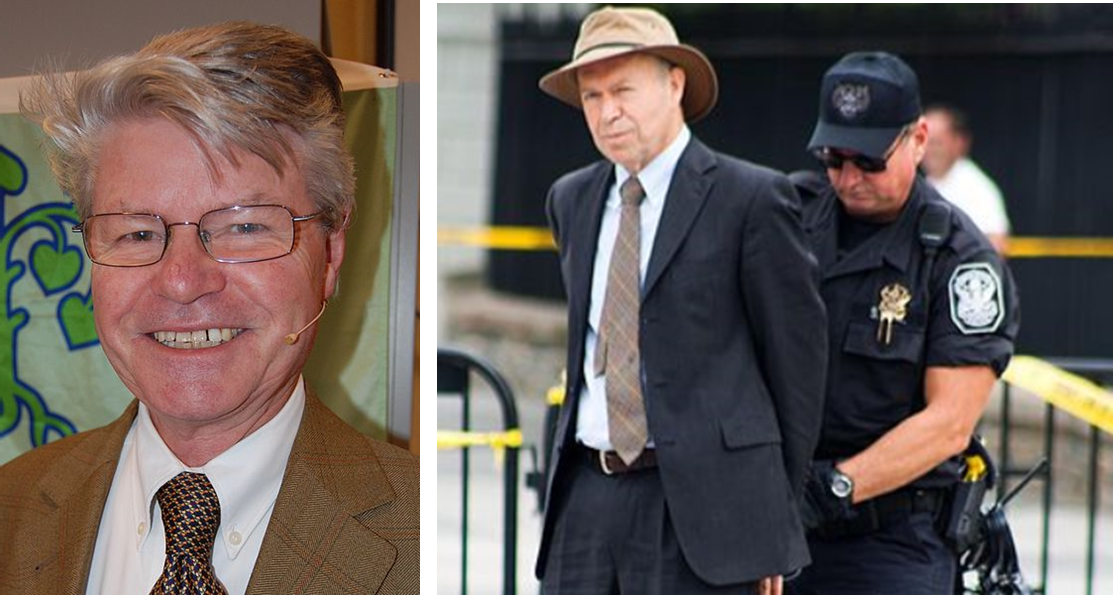 Both men played instrumental roles in getting governments to take action against the emissions of greenhouse gases, especially CO2. Since 1990 global CO2 emissions have actually even surpassed the worst case scenarios of the climate science community, meaning temperatures indeed should have increased even more then what the two scientists projected.

Both Hansen (1988) and Grassl (1990) predicted that global temperatures would rise about 1.5° by 2020, under business-as-usual CO2 emissions. Today plotted observed temperature data show that their predictions completely overshot and even resemble the ravings of an end-of-world lunatic, see the following chart, bold red line. This is nothing short of embarrassing, 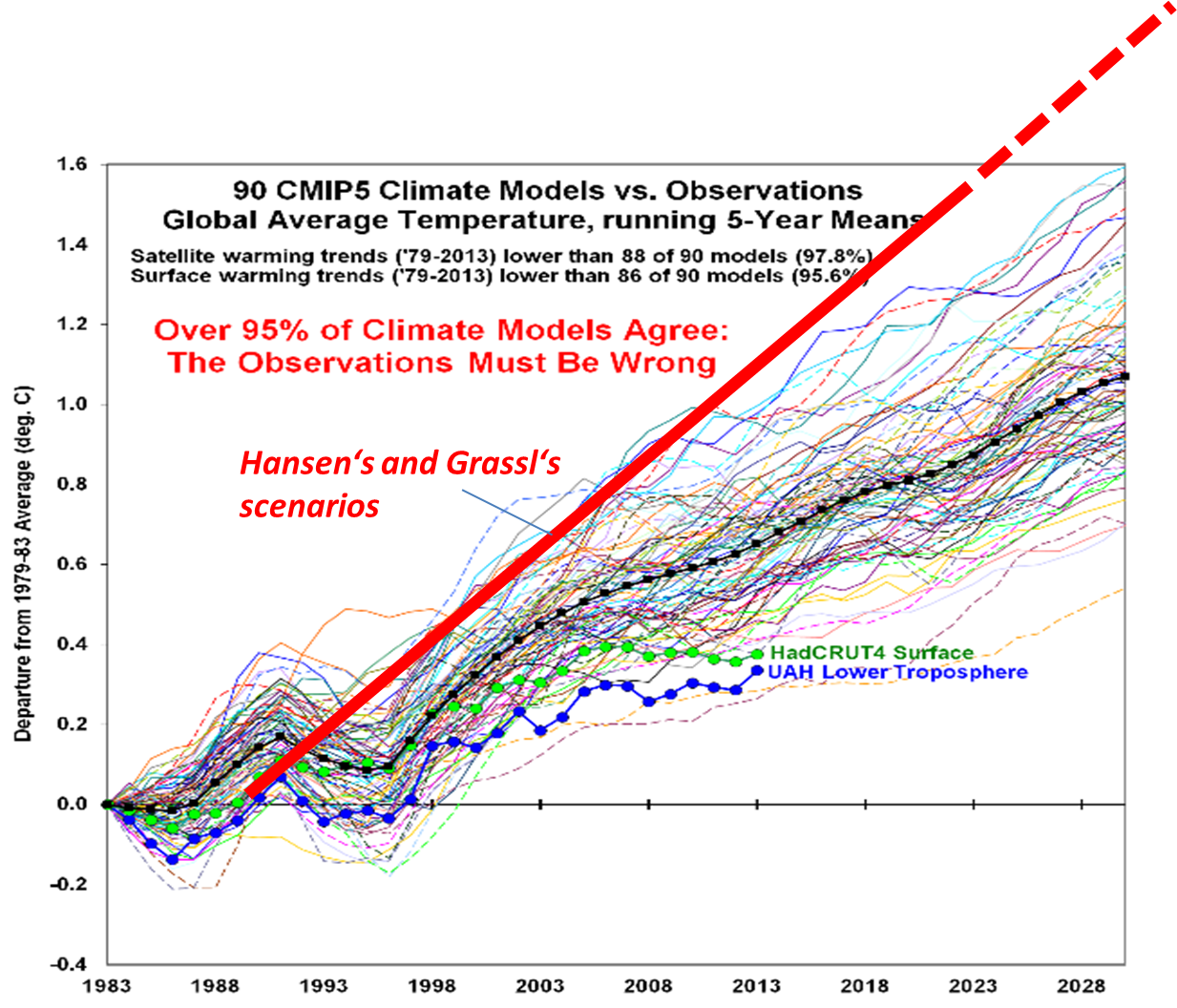 Chart above depicts Hansen’s and Grassl’s predictions from 1988 and 1990 respectively. Other model predictions also overshot actual observed temperatures, which are given by the HADCRUT4 surface and UAH lower troposphere curves. Original chart: www.drroyspencer.com/wrong/.

Already in the next 30 years the earth will warm up with high probability by one to two degrees Celsius.”

The plot above is the average of that, i.e. 1.5°C, which corresponds to Hansen’s 1988 bleak outlook. Moreover Grassl in 1994 already declared the debate over:

On the scientific side, the process of indications when it comes to the subject of the greenhouse effect is over, the guilty verdict is in. It is no longer about getting more evidence, rather it is about reducing the sentence a bit. The global mean temperatures will rise between 1 and 2°C in the next decades.”

Hansen at the time was pretty much saying the same thing.

Both men have gone on to receive many medals and awards for their work, and still continue today being taken seriously by policymakers and media outlets. How much longer that can be sustained is a question climate science critics are watching very closely.