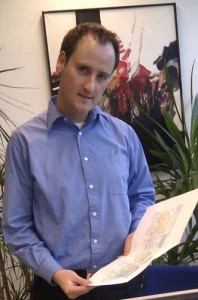 Private commercial meteorologist are always under pressure to produce reasonably accurate forecasts for their clients and to stick to the best available science. If their models and work consistently produce false results, then it is not long before they find themselves looking for a new line of work. There’s no room for politics in their trade.

No trend to anything unusual

One of Germany’s leading private commercial meteorologists, Dominik Jung of wetternet.de, gives an interview at the online Hessische/Niedersächsische Allgemeine Zeitung (HNA). Jung says storms and variable weather are nothing new in Germany, and that there is no trend pointing to any unusual changes.

So far this summer Germany has seen a fair amount of variable weather, with several periods of a few hot days followed by cooler rainy days. HNA asked Jung if this was unusual and if spells of sunny, hot summerlike weather had not been longer in the past. The HNA gives us Jung’s answer: “No. Weeks-long warm periods with long-lasting heat are not typical for our region.”

On whether German summers are becoming drier, as many climate scientists once projected: “In the past years six were wetter than the long-term average. The summer of 2013 was a bit too dry.”

Winters are not getting warmer

The HNA also brings up the often mentioned claim that German winters are becoming warmer, and that snow and frost will soon become “a thing of the past”. It writes: Also the suspicion that winters are getting warmer cannot be statistically asserted. Over the past seven years many of the winters were very cold with long periods of snow and ice.”

The HNA also asked Jung about storm frequency and severity. Here as well the high-profile meteorologist sees no statistical basis. The HNA writes : “According to Jung, there is no detectable increase. The UN IPCC report also comes up with the same result. … statistically there hasn’t been any more such storms than there was 100 years ago.”

On rising insurance claims due to storm damage, Jung says that the rising trend has much more to do with the higher number of people insuring their assets, and is not a measure of storm activity.

Jung also says that spring on average is arriving about one or two weeks earlier than it did 3o years ago. Here Jung does not mention that 30 years ago some importanct ocean cycles were in their cold phases. Climate is changing, but that change is due in most part to natural cycles, which even alarmist scientists have been conceding lately every time they claim “the warming is being masked by natural variations.”

When asked if the fluctuiations are a tell-tale sign of climate change, Jung dumps cold water on that claim as well. The HNA reports: “For meteorologist Jung there is currently no acute effects of a climate change. Climate has been changing since the earth was created, and it will continue to do so in the decades and centuries ahead.”