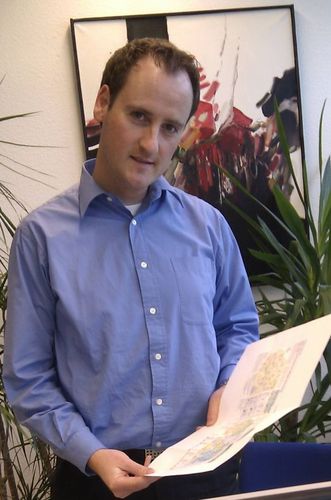 Meteorologist Dominik Jung is sort of Germany’s (younger) version of America’s Joe Bastardi. Like Joe, he also runs his own private weather forecasting company and site, wetter.net, which serve agriculture, industry and the public.

Jung is quoted and featured regularly by Germany’s mainstream media.

This summer Germany and much of Central Europe have seen a spate of severe thunderstorm activity, and as a result many are asking if this might not be an ominous sign of global climate change.

Again Dominik Jung reminds us that the recent weather is nothing new, and even implies that the prognoses made by “climate experts” seem to change as quickly as the weather itself (translated with permission):

Weather: Storms in Germany: Is that the climate change?

Wiesbaden (wetter.net), 30 July 2014 – Storms in the summer are nothing unusual. The same is so with variable weather during Central European summers. This is entirely typical.

In 2003 scientists announced droughts for summers

There is also no data confirming that the number of storms has increased over the past years. However we have been able to determine that the single storms have become a little more severe with regards to their strength.

That there have been storms so often this July is pure coincidence. July 2013 was the exact opposite; it was too dry and rarely were there thunderstorms. Now after having seen the thunderstorms of the past few days, we are already once again hearing the first climate prognoses announcing that extreme downpours will continue to rise over the next years.

That’s weird: After the driest and hottest summer of all time in 2003, the climate experts all assumed summers would become drier and drier – the talk was even about drought.

Slowly we have to start asking ourselves what follows what: The climate follows the prognoses, or the prognoses the climate? The current stormy weather appears to be a welcome opportunity for some climate experts to shift the focus back to climate change – with the aim of acquiring more research money.