UPDATE: I’ve been getting e-mails, especially from skeptic Swedes, who warn of citing people like Fransson…saying that the origins of the SD and some of the planks in its political platform are questionable, and that in doing so it is damaging the skeptic position rather than helping it. Myself I’m not familiar with Swedish politics and posted the story solely on the merits of the science.

NTZ does not necessarily support or endorse the political positions of any persons featured here, and in all cases detests all extremist views. -PG

Now the Swedish online nyheter24 here has a commentary by Parliamentarian Josef Fransson (photo) of the Sweden Democrats (SD) party, who fires sharp criticism at IPCC climate science and the policymaking based on it. 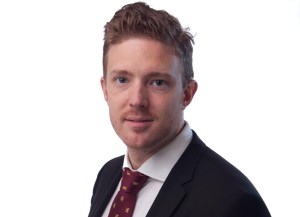 First, before looking at his commentary, Wikipedia describes the Fransson’s SD party as  a “far-right populist and anti-immigration party“. But readers need to keep in mind that nowadays in Europe anyone who challenges the IPCC, or expresses the need for governments to clean house of all their entrenched political cronies gets labeled a right-wing extremist…a hater. We see this smearing kind of treatment already with the UKIP party and Germany’s AfD. So don’t put much stock in Wikipedia’s biased political characterizations.

There’s just no tolerance for dissent any more.

At the online nyheter24, Janssen comments that climate science resembles more a religion, noting that even the Swedish Church now devotes more time to activities on climate alarm than Christian preaching. He writes, “The climate debate in Sweden has gone awry and is anything but scientific.”

CO2 a factor on the margins

Fransson writes: “We know a lot about the factors that have an impact on the climate, such as dust particles, cosmic rays, the Earth’s axis inclination, Earth’s distance from the Sun, on altered land use, changes in wind and ocean currents, etc., and to all this there’s also the vital greenhouse effect, which is due mainly to water vapor and water evaporation, cloud formation, and precipitation. On the margin there is carbon dioxide and methane.”

Janssen then reminds Parliamentarians that the climate is a system of great complexity, fraught with great variability and that “CO2’s role is overhyped“.

Fransson also labels projections of 4°C warming and a sea level rise of one meter by the end of the century as outliers, calling them “very improbable scenarios“.

Fransson explained how climate has always changed in the past and that 1000 year ago the Vikings had settled and farmed on Greenland, and that during the ice ages Sweden was buried under a “several kilometers thick glacier“. And now that the planet has been enjoying a warm optimum for the past 11,500 years, he reminds that in general “we are living on borrowed time“.

Fransson also reports that “mapping the past climate is complicated detective work and the farther back in time one goes, the coarser the assumptions become“. He reminds us that even computing today’s mean global temperature with our vast network of measurement stations is a formidable task.

Then he compares the oceans to the atmosphere, saying that the oceans’ heat capacity is “1000 times larger” than that of the entire atmosphere, and thus can have profound impacts on future projections.

At the end Fransson writes higher CO2 concentration in the atmosphere so far “has been a blessing to our world. Carbon dioxide, which are all plant food, has made the world greener and increased crop yields“.

Frannson calls the promises made by politicians in tiny Sweden to save the climate “farcical”, reminding that the sparasely populated Nordic country represents only 1/1000 of the globe’s CO2 emissions and that every year China increases its emissions an amount that is equivalent to the total annual emissions of 12 Swedens.

At the end, Fransson says it gets down to the needs of the poor: “After China there is a long list of countries in line to go from extreme poverty to more decent conditions.”