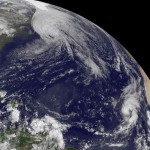 Share this… Facebook TwitterStep by step warmist scientists are no longer able to deny the fact that powerful natural oscillations do play a far greater role in climate than what they were allowed in climate models. The GEOMAR Helmholtz Centre for Ocean Research in Kiel quietly issued a press release last week claiming that its scientists had […]