Step by step warmist scientists are no longer able to deny the fact that powerful natural oscillations do play a far greater role in climate than what they were allowed in climate models.

The GEOMAR Helmholtz Centre for Ocean Research in Kiel quietly issued a press release last week claiming that its scientists had found a method to improve climate forecasts and to tell how temperatures develop over the North Atlantic. 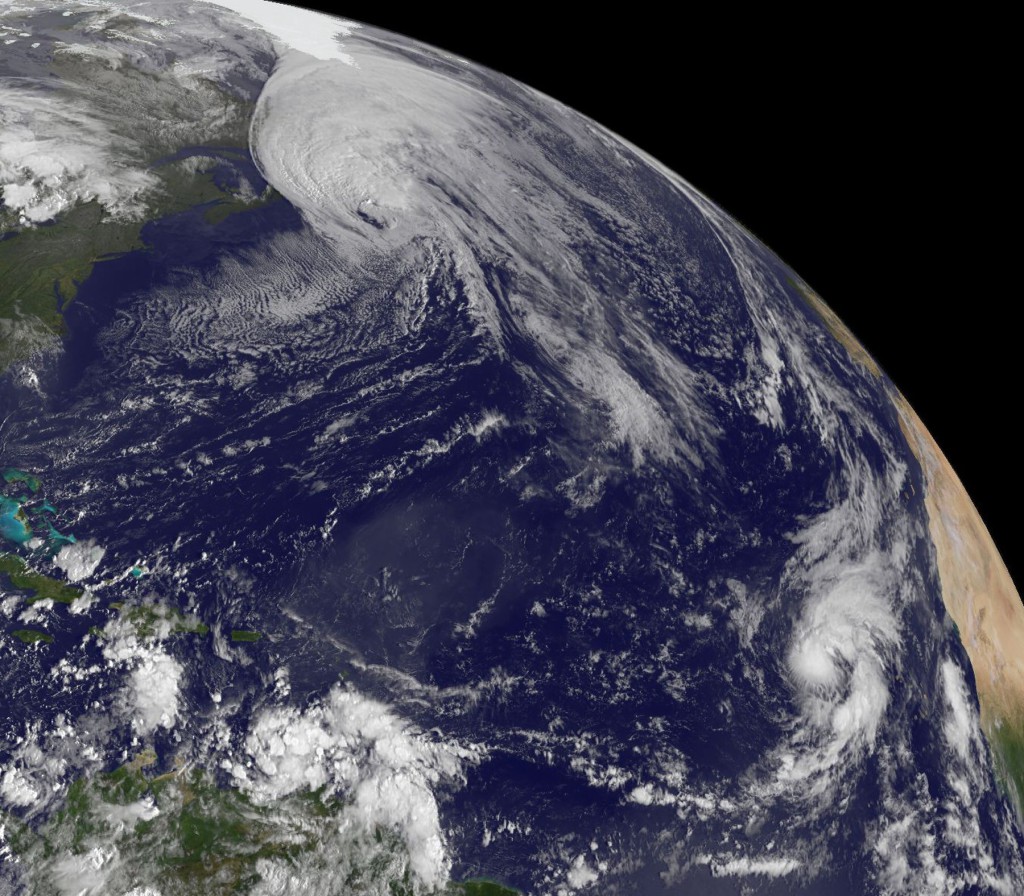 For the strength of a hurricane season, precipitation in West Africa, or winters in Central Europe – the surface temperatures of the North Atlantic are a decisive factor for all these developments. Geomar is realizing that they do indeed naturally fluctuate over periods of decades, in sync with the climate of the adjacent land regions.

A reliable forecast of North Atlantic conditions had been elusive because of a lack of recorded data. Now the climate scientists at the GEOMAR Helmholtz Centre for Ocean Research in Kiel describe in the international journal Earth and Planetary Science Letters the mechanism of these decadal oscillations of the North Atlantic surface temperatures and show that these have a high forecasting potential.

For the climate and also for the weather in Europe, processes in the North Atlantic play a major role. The Gulf Stream and surface temperatures of the North Atlantic have profound impacts on the neighboring continents. The GEOMAR press release writes:

All these processes are subject to natural oscillations that play out over years, decades, or even centuries. ‘Concrete datasets often go back only a few decades,’ says climate scientist Professor Dr. Mojib Latif of GEOMAR Helmholtz Centre for Ocean Research Kiel. ‘That’s why it’s very difficult to assess oscillations over longer time domains and to differentiate them from changes caused by man.“

Suddenly we see an admission from Prof. Latif here that natural factors do matter – and especially in models.

Reliable simulation for the coming decade

The press release then writes that the team of modeling experts at GEOMAR have succeeded in developing a “reliable simulation of the surface temperatures in the North Atlantic since 1900 and that allows prognoses until the end of the coming decade.”

That’s wonderful. Now we are all very curious what their new model foresees for the next ten years.

Keep reading to find out!

Latif admits models have been wrong

Professor Latif elaborates further on their new model, as opposed to the existing ones:

That’s new. Particular about simulation is that the existing climate models have deviated strongly from the surface temperatures.”

In a nutshell: The other models so far have been worthless.

The press release describes the North Atlantic Oscillation and its important influence on continental Europe’s weather and how the scientists have data on this going back to the middle of the 19th century. This allows the modellers to reconstruct North Atlantic surface temperature oscillations in a climate model and to make a prognoses for the future. Latif and his team suggest that the Gulf Stream plays a huge role on the NAO and that Europe’s weather is governed in large part by these oceanic cycles. Latif explains.

The coupling to the NAO allows a reliable reconstruction of the North Atlantic currents between the year 1900 and 2010, even though concrete data goes back only to 2004. The oscillations in the ocean currents mainly govern the surface temperatures, thus allowing them to be derived and even be calculated five years in advance.”

So what does their model see? Latif tells, doing his very best to disguise what warmists certainly dread and do not want to hear (my emphasis):

Our model tells us that the phase with a rather high surface temperatures in the North Atlantic will continue also over the coming decade, however with a lightly negative trend.”

The paper’s abstract presents the prognosis as follows:

The present warm phase of the AMO is predicted to continue until the end of the next decade, but with a negative tendency.”

A stunning conclusion by Latif, even in its disguised form. Just two and half years ago Fritz Vahrenholt’s and Sebastian Lüning’s book Die kalte Sonne (The Neglected Sun) reached the same conclusion. Back then Latif, in a lapse of professionalism, publicly belittled the two authors. Perhaps Latif is now ready to apologize, and/or at least next time read the book first before firing criticism at its authors.