We continually see papers in the supposedly “scientific” literature that just assume climate change, usually warming, and then draw conclusions based in that assumption.

The media also does this. A recent example is a study documented on the BBC on North American pika, a small rodent that lives on rocky hillsides in the mountains of North America. The study area in this example was in British Columbia, Canada, in the coastal mountains and the northern reaches of the Rocky Mountains in Banff National Park. 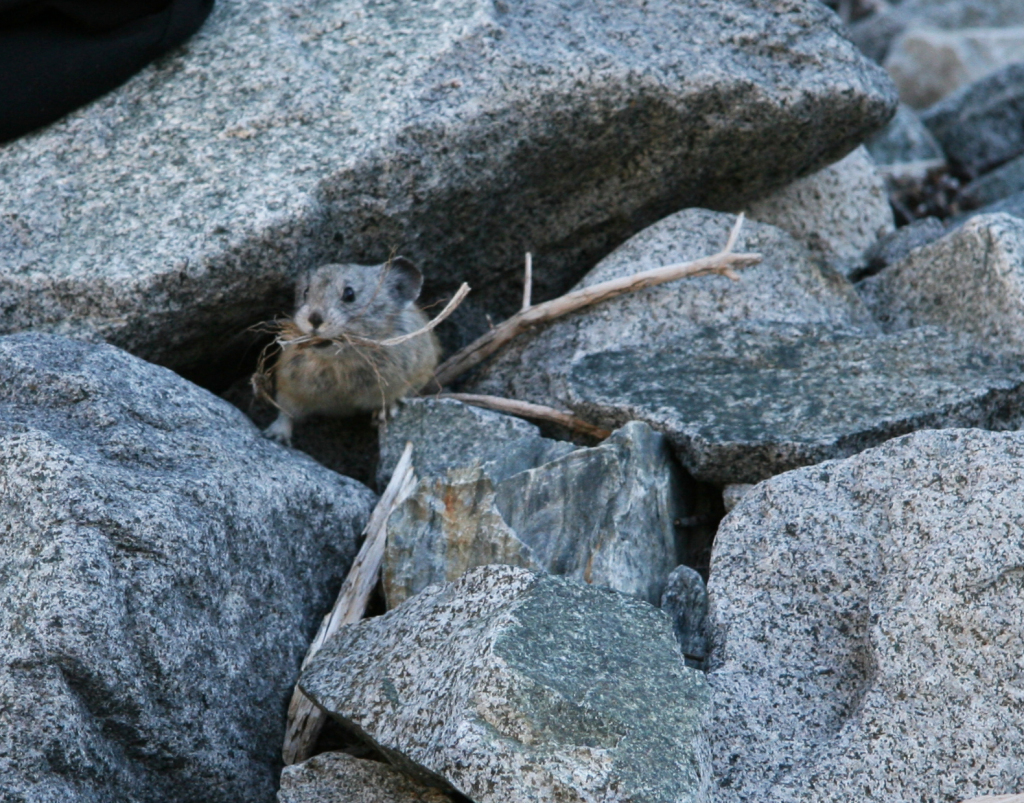 The pika has neither adapted to 6°C climate change, nor moved to higher elevations. Shown above is the American pika with mouthful of dried grass. Sequoia National Park, CA. Dcrjsr – own work, CC BY 3.0.

I decided to study the American pika [pronounced pee-kah] along BC’s Coast Mountains because we have observed a six degree temperature change along an elevation gradient from sea level to 1500 meters where the pika lives…we know from previous studies of the pika that it is particularly sensitive to changes in temperature, which made it ideal for our study. The key for me is to have sustainable and safe interactions with wildlife as researchers. To me, there is a direct connection with this and UNBC’s status as Canada’s Green University.”

What questions did Dr. Philippe Henry wish to answer when he set out on his research?

(1) Would the pika move from that habitat in flux?
(2) Would it stay and, if so, would it die off or find a way to adapt?

Here are the actual temperature conditions as measured at Banff National Park: 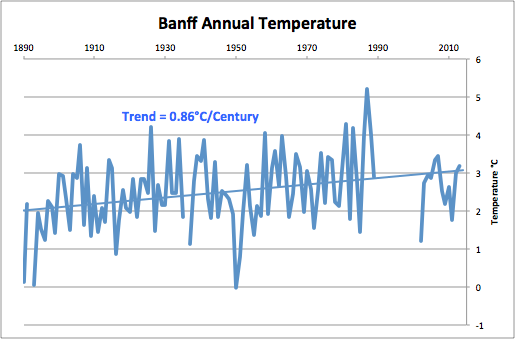 Temperature record by NASA GISS for Banff National Park (as measured at the townsite of Banff).

Dr. Philips discovered that the pika were not moving to higher elevations, so he decided that they are adapting in place.

And because of his assumptions, (and perhaps to protect his grant money) he could not allow himself the conclusion that the pika are quite happy right where they are because the climate is barely changing.