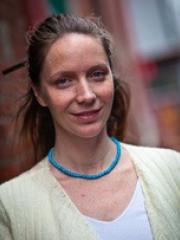 What About Climate Change?
By Ed Caryl

These essays were obviously intended to oppose each other. As one would expect, Ms. Curry wrote a low-key, well reasoned opinion piece urging caution and a measured approach to a more efficient use of our energy resources. She emphasized the considerable uncertainty in climate science:

The climate has always changed and will continue to change. […]

There is growing evidence that the climate is less sensitive to adding greenhouse gases than has been predicted by climate models.  Solar variability, volcanic eruptions and long-term ocean oscillations will continue to be sources of unpredictable climate surprises.”

On the other hand, Ms. Cobb has NO doubt that disaster is at hand, and dismisses those who disagree with a wave of the hand. For example:

Nobody with any knowledge on the subject denies that carbon dioxide (CO2) derived from the burning of fossil fuels is measurably warming the planet.”

“Measurably”? Ms. Cobb, could you share that measure with us? Even the IPCC can’t decide this measure plus or minus 100%. That isn’t a measure! That is a wildly adventurous guess.

As Judith Curry implies, the measure of climate sensitivity is declining almost with each new paper on the subject. Even the IPCC acknowledges that. Studies based on data place climate sensitivity somewhere between zero and one degree. Only papers based on models put the number higher, all with huge uncertainty ranges. KC says:

Nobody denies that the risks of climate change will accelerate as greenhouse gas emissions accelerate.”

To that breath-taking statement I have a question. What are the “risks” of climate change? So far, those risks seem to be fewer hurricanes, fewer tornados, warmer winters, longer growing seasons, enhanced crop growth due to higher CO2 levels, and warmer nights due to urban heat islands. Those “risks” will also accelerate IF emissions accelerate. Emissions from the US and the EU are falling along with their economies. Emissions are rising and will rise in the developing countries as they pull their citizens out of energy poverty. Both the drivers of increased emissions and the chief “risks” all seem good things. Reduced emissions often result in bad things.

The down-side seems restricted to sea-level rise. For most of the world, subsidence and uplift govern local sea level and these factors have nothing to do with climate change. For the rest, if we judge from the past, 17 cm of sea level rise in the next 100 years should not be a big problem. For island nations, coral growth easily keeps pace. Cobb claims:

And nobody denies that, given the long lifetime of CO2 in the atmosphere, the climatic response of our current emissions will play out over the lifetimes of our children and our grandchildren. They will inherit our generation’s climate debt, and its accrued interest, potentially in the form of irreversible impacts.”

“Long lifetime”? I wonder if she is as worried about the national debt? Each year only about half of the human carbon emissions remain in the atmosphere. This is called the CO2 “airborne fraction”. In the long term this fraction is falling (See Figure 3 in this link) as emissions increase, because the biosphere is greening and pulling out increasing amounts of CO2. With CO2 “half-life” at one year, if global emissions decrease, within a few years CO2 content in the atmosphere would begin falling. Then those “irreversible” positive impacts that I describe in my previous paragraph would begin to disappear. According to Cobb:

It is equally likely that future impacts will be less than or greater than those projected by climate models.”

Ms. Cobb has evidently not seen a comparison of the climate models and data. So far, 95% of the models are running too hot compared to real measurements. This is obviously not “equally likely”. The models have failed to predict reality, and will continue to fail because they are written with an over-estimation of warming due to CO2. Future impacts will be far less than the climate models indicate.

Ms. Cobb is an alarmist. All her opinions are biased by that alarm. Her lack of skepticism makes her resemble more an end-of-world preacher rather than a thoughtful scientist.