German Analysis: Spreading Alarmism Over Mere Hundredths Of A Degree Is “Complete Hyperbolism”

Screaming bloody murder over nothing? Keep in mind that RSS recently released the satellite measured global temperature for 2014 and found it is not even close to a new record. Three days ago one of Germany’s leading climate science sites Science Skeptical issued the following comment.
============================

A new temperature record for Germany has been announced by the DWD German Weather Service. With 10.3°C the warmest year since 1881 has been measured. Here are the facts. 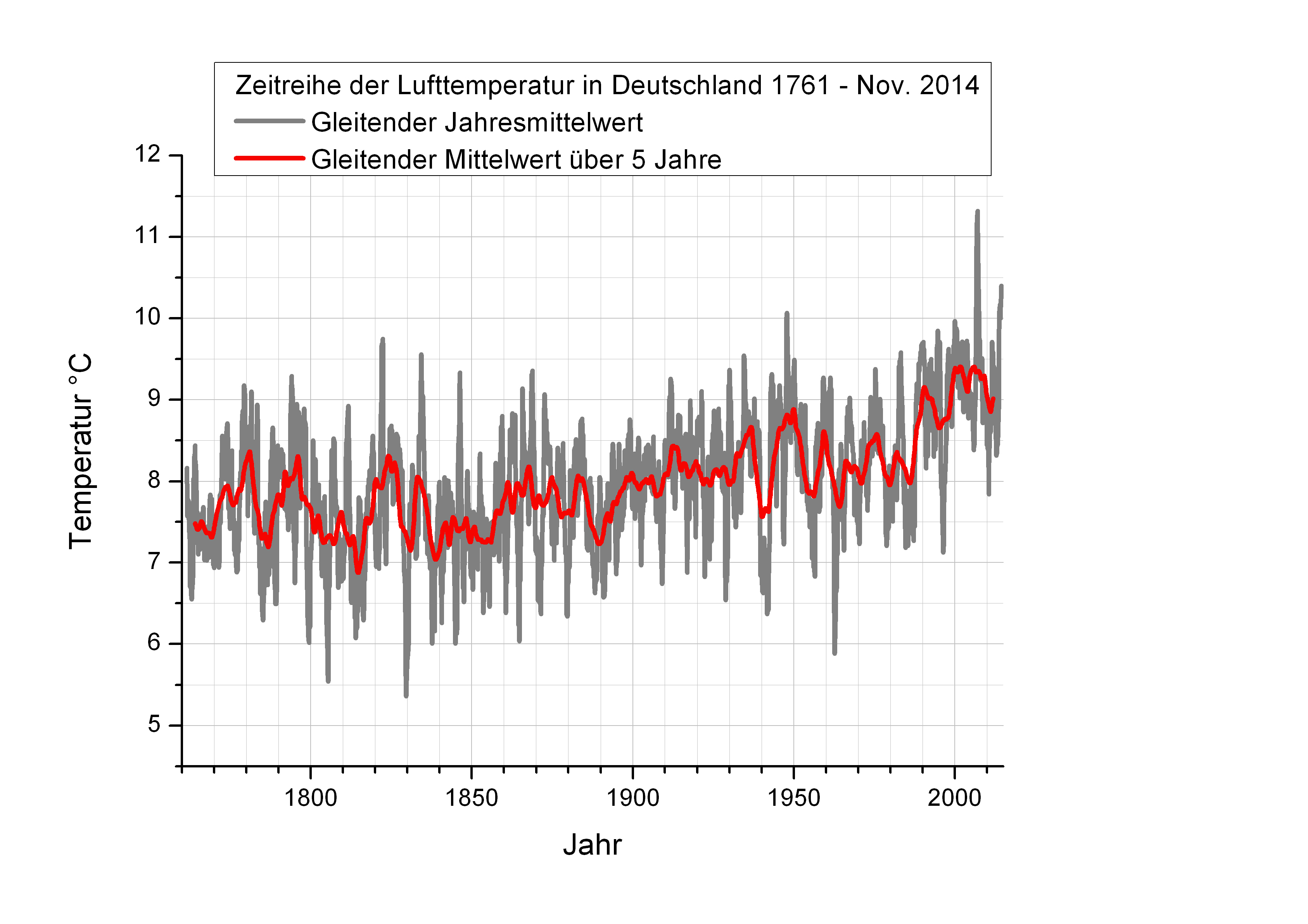 Moreover since 2000 Germany’s temperature has barely risen – in contradiction to atmospheric CO2 concentrations.

How does the global temperature appear?

There are different datasets available for global tempertaure. I’m selecting the most alarmist, which comes from NASA. The gray shading shows the monthly mean values and the red curve is the smoothed annual mean (over 12 months). 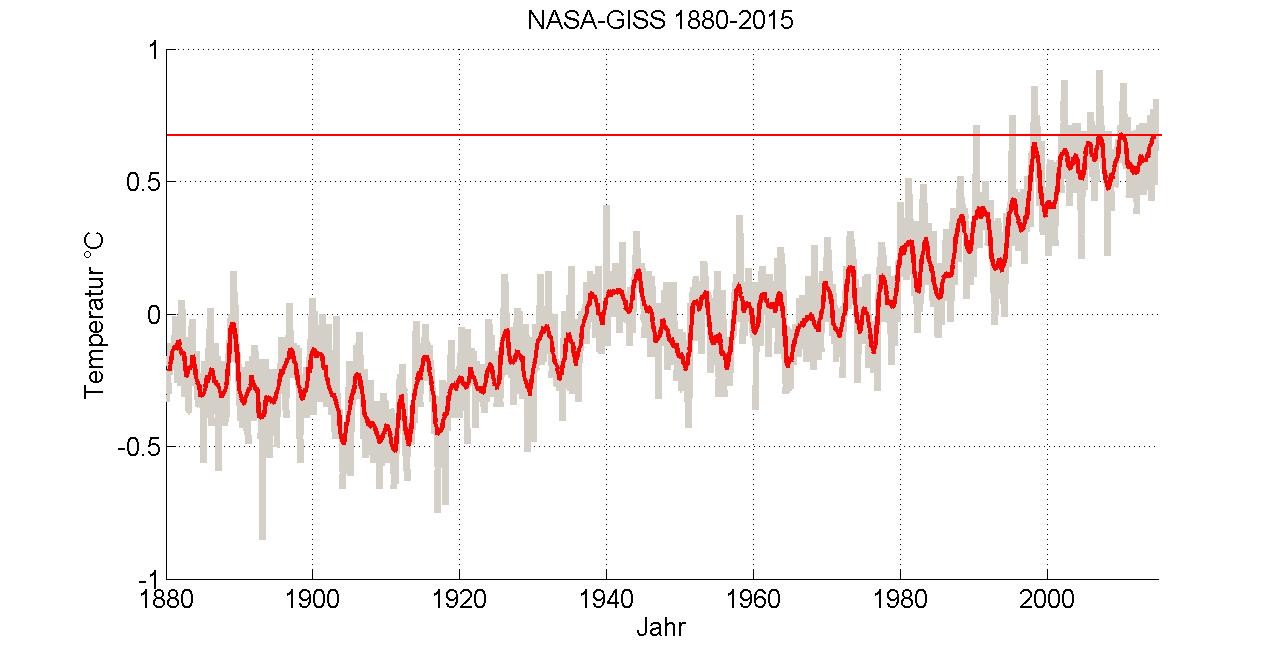 Since 1880 the global temperature has risen about 0.8°C, i.e. not even a full degree. Since 1998 (a powerful El-Nino-year) there’s been practically no rise. What follows is a blow-up for the recent period. 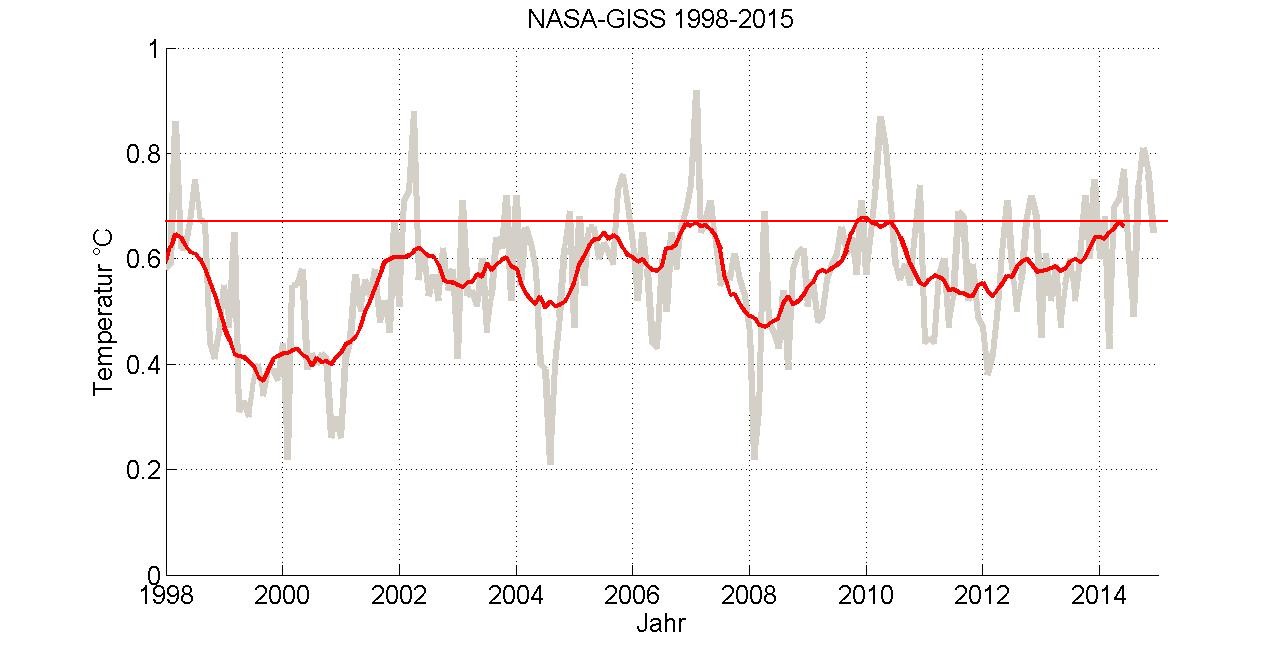 In 2007 and 2010 it was just as warm as in 2014, or even warmer. We’re talking about 1/100 °C, which is deep inside the range of uncertainty. Yet the concentrations of atmospheric CO2 continued their steady rise. Based on these data, spreading climate alarmism is complete hyperbolism.

Very likely in the days ahead NASA will be announcing a global temperature record that in reality never was.

4 responses to “German Analysis: Spreading Alarmism Over Mere Hundredths Of A Degree Is “Complete Hyperbolism””